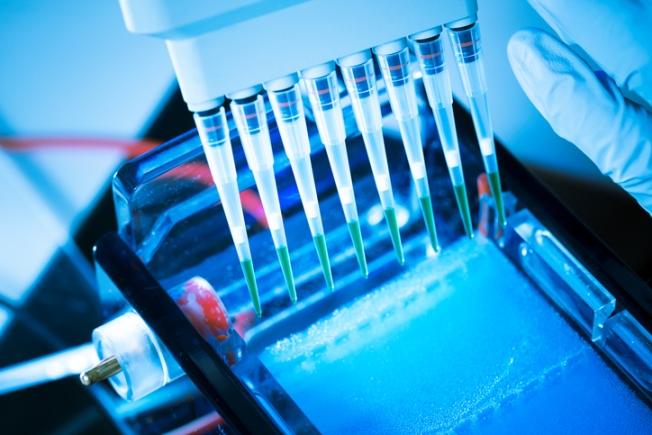 In other developments, new outbreaks of highly pathogenic H5N8 continue to be reported, with South Africa confirming its second outbreak at a large layer facility and South Korea reporting several detections from earlier this year in wild birds.

To better understand the genetic diversity and evolution of H7N9 viruses fueling China's fifth and largest wave of activity, scientists from that country and their collaborators at the University of Oxford examined 47 hemagglutinin (HA) and 43 neuraminidase (NA) sequences from human and poultry H7N9 viruses collected from 2015 to 2017 in China's Guangdong province, comparing them with sequences collected since 2013. They reported their findings yesterday in bioRxiv, a prepublication Web portal for scientific studies.

In the current wave of infections, human illnesses have been reported from a much wider geographic range. In February, a highly pathogenic form of the virus emerged in poultry in southern China and has now spread to flocks in the country's north, with some human illnesses involving the subtype, as well.

Researchers have known that H7N9 forms two lineages, the Pearl River Delta (PRD) and the Yangtze River Delta (YRD). Most human cases in the current wave are from the YRD lineage, which aren't as reactive to existing candidate vaccine viruses. The YRD viruses have formed two subsets, YRD-1 and YRD-2.

Within the YRD-2 subset, the team observed two clades, one (YRD-2a) circulating in central and eastern China and the other (YRD-2b) mainly found in eastern Guangdong province, its likely origin. They said the YRD-2b clade also includes the recently identified highly pathogenic H7N9 viruses.

They said the clades appear to have circulated in bird populations for about 3 years and that three H7N9 lineages—PRD, YRD-2a, and YRD-2b—have undergone multiple parallel amino acid changes, hinting at convergent molecular evolution.

Call for close monitoring for spread

Analysis shows a higher rate of adaptation for YRD-2b, which the researchers said is concerning, given the emergence of highly pathogenic H7N9 within the clade. The investigators added that the highly pathogenic avian flu in domestic poultry can pose a serious risk, similar to what happened when H5N1 spilled back into wild birds, triggering the longest global outbreak to date.

More research is needed to assess the impact of the genetic changes on receptor binding and vaccine antigenicity, they said.

So far it's not known if wild bird are carrying the H7N9 strain, the researchers said. "Close monitoring of H7N9 viruses in neighboring countries, including Japan, Vietnam, Thailand, and Indonesia, is warranted," they wrote.

South Africa reported its second highly pathogenic H5N8 outbreak, which began Jun 20 at a large commercial layer farm in the same city of Mpumalanga province where the first outbreak began the day before, the country's veterinary officials said today in a report to the World Organization for Animal Health (OIE).

Of 243,000 susceptible birds, the virus killed 25,000, and the remaining ones were slated for culling. So far the source of the virus hasn't been determined.

South Korea today reported nine H5N8 outbreak involving wild birds, all involving birds found sick or dead between Jan 24 and Feb 24, according to a separate report to the OIE. The outbreaks affected North Jeolla and South Chungcheong provinces, plus the capital city of Seoul. A total of 12 wild birds were affected, including ducks, grey herons, geese, and an egret.

The US Centers for Disease Control and Prevention (CDC) recently added two new viruses to its Influenza Risk Assessment Tool (IRAT), raising the total to 13, according to a post today on Avian Flu Dairy (AFD), an infectious disease news blog.

The newly added viruses are a second H7N9 variant (A/Hong Kong/125/2017) and canine H3N2. The H7N9 virus is a low-pathogenic virus from the YRD lineage and is scored as moderate-high risk, similar to other H7N9 viruses.

The canine H3N2 virus had circulated in Asia before its first detection in the United States in 2015; so far no human infections have been reported, and the CDC scores it in the low-risk range.