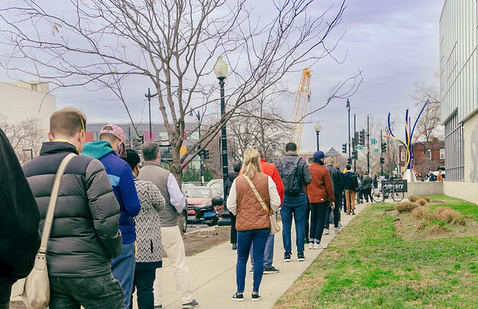 With COVID-19 cases now rising in all of the world's regions, nearly 9.5 million cases were reported to the World Health Organization (WHO) last week, the most of any week during the pandemic, the group's director-general said today.

And this week's cases are poised to top last week's, by far. Yesterday, the WHO recorded the most daily cases since the start of the pandemic, more than 2 million cases.

At a briefing, Tedros Adhanom Ghebreyesus, PhD, urged leaders not to underestimate the Omicron variant, which is fueling much of the rise. Though the variant appears to be less severe, it shouldn't be considered mild, he said.

"Just like previous variants, Omicron is hospitalizing people and it is killing people.

In fact, the tsunami of cases is so huge and quick, that it is overwhelming health systems around the world," Tedros said, adding that overcrowded and understaffed hospitals are contributing to preventable deaths, both from COVID-19 and other diseases that require timely treatment.

In its weekly situation report on the pandemic today, the WHO said the Americas and Southeast Asian regions reported the biggest spikes compared to the previous week, up 100% and 78%, respectively.

In the Americas, countries reporting the biggest rises included the United States, Argentina, and Canada. In Southeast Asia, India, Thailand, and Sri Lanka reported the biggest jumps. In the Eastern Mediterranean region, countries registering the largest increases last week include Morocco, Kuwait, and Bahrain. And in Europe, Montenegro, Greece, and Cyprus saw the tallest spikes.

Meanwhile in the WHO's Western Pacific region, Australia reported the biggest rise last week, while in Africa, Mozambique and Ethiopia led the increases.

Deaths, however, declined by 10% compared to the week before.

Tedros said it's crucial for countries and manufacturers to take more steps to speed up the vaccine rollout to lower-income countries, and he said he is encouraged that trials are underway on vaccines for which developers have already committed to waive patent rights.

In a related development, India last week granted an emergency use authorization for Corbevax, a protein subunit vaccine developed at Texas Children's Hospital and Baylor College of Medicine. The developers have waived intellectual property rights for the vaccine, which uses traditional recombinant technology that allows for large-scale production and a widely accessible supply.