Global COVID-19 cases rise for third week in a row 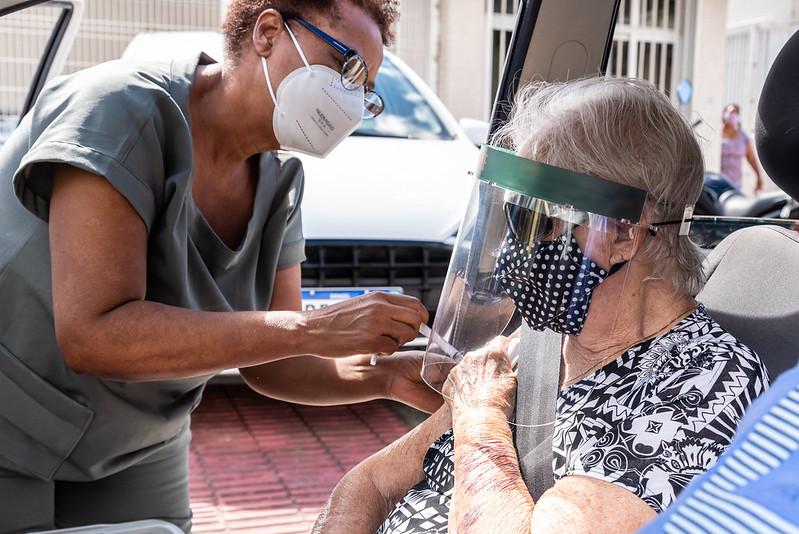 In its latest snapshot of pandemic activity, cases rose 10% last week with upticks across several regions, the World Health Organization (WHO) said, marking a continuing reversal of a decline in the first months of the year.

And in vaccine developments, the WHO said the benefits of the AstraZeneca-Oxford vaccine outweigh any risks and immunization should continue, though expert groups are still reviewing the latest safety data.

All of the WHO regions saw increases last week except for Africa, though 80% of the new cases and deaths were from the Americas and Europe, the group said in its weekly situation report. Though deaths continue to decline overall, they increased last week in two WHO regions: the Eastern Mediterranean and the Western Pacific.

Brazil reported the highest number of cases last week, followed by the United States, France, Italy, and India. Some countries reported notable jumps in cases, including Bangladesh with a 67% rise, Peru with a 58% increase, and the Philippines with a 51% increase. Several reported increases of 30% or more compared to the previous week, including Iran, Jordan, and India.

At a briefing today with officials from the WHO's Pan American Health Organization (PAHO), Carissa Etienne, MBBS, MSc, the group's director, said the number of cases is rising in many South American countries, including Uruguay, Ecuador, and Venezuela. "In the last week, Paraguay's health system issued an urgent warning as hospitals have filled with COVID patients," Dr. Etienne said. "Major cities like Lima and Rio de Janeiro have imposed curfews and lockdowns to control recent spikes."

Regarding Brazil, Sylvain Aldighieri, MD, the group's incident manager, said cases spiked 2 weeks after the Christmas holidays and appear to have spiked again 2 weeks after Carnival, which took place in the middle of February. He added that the implementation of health measures for COVID-19 is suboptimal in most areas and transmission is at very high levels across all regions of the country, a different pattern than the first wave, when only some parts of the country were hit hard.

Across all 27 federal units, which include states and federal districts, intensive care unit (ICU) occupancy has topped 75%, and for 20 of the units, ICU occupancy has exceeded 85%. "We are aware of many patients waiting for ICU beds," he said, adding that PAHO has urged all levels of government to implement strict public health measures guided by epidemiology and science.

The WHO's global vaccine safety committee is meeting this week to assess the latest data for the AstraZeneca-Oxford vaccine, given that some countries have reported a small number of blood coagulation disorders in vaccinated people.

In a statement today, it said it is in regular contact with the European Medicines Agency and other regulatory agencies and that signals for potential adverse events are routine and don't necessarily mean the conditions are linked to the vaccine, though it is good practice to investigate them. The group emphasized that venous thromboembolism is the world's third most common cardiovascular disease.

Eighteen European countries have paused their AstraZeneca-Oxford campaigns, pending the outcome of investigations, which are due out this week. The speed bump in vaccine rollout comes amid supply issues and the threat of increasing spread due to more transmissible variants.

"At this time, WHO considers that the benefits of the AstraZeneca vaccine outweigh its risks and recommends that vaccinations continue," it said.

In another vaccine development today, the WHO announced that its Strategic Advisory Group of Experts (SAGE) on Immunization today issued interim recommendations on the use of the Johnson & Johnson COVID-19 vaccine, which the WHO listed for emergency use on Mar 12.

Its recommendation is the fourth for a COVID-19 vaccine, following similar recommendations for the Pfizer-BioNTech, Moderna, and AstraZeneca-Oxford vaccines.