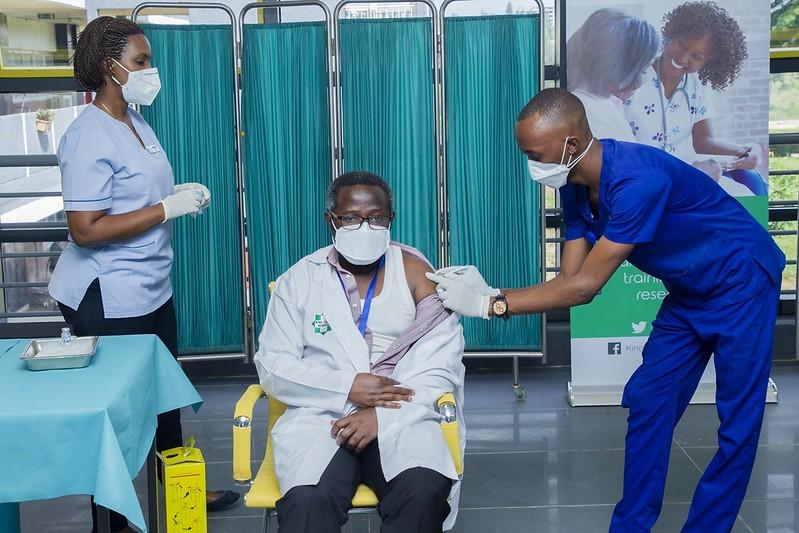 Rising cases in several world hot spots are worsening an uneven rollout of COVID-19 vaccine, both in developed countries and in lower income countries who for now depend on initial supplies from the COVAX program.

For example, amid India's surge of cases, country health officials are leaning on more vaccine supply from its own Serum Institute, one of the few producers supplying vaccine for deliveries to lower and middle-income countries through COVAX.

And in Europe, where cases are spiking in many countries, the European Union (EU) continues to discuss export controls as a way to prop up already-low supplies for member countries.

WHO asks for 10 million vaccine doses

Yesterday, the World Health Organization (WHO) warned about delays in COVID-19 vaccine produced by the Serum Institute of India during March and April as India's government battles a new wave of virus activity. It added that COVAX and India's government are still in ongoing discussions to ensure that some supplies are completed during March and April.

The Serum Institute and SK Bioscience in South Korea have contracts to produce the AstraZeneca-Oxford vaccine, which currently makes up the bulk of deliveries from COVAX, the program designed to ensure equitable vaccine access.

At a WHO media briefing today, Director-General Tedros Adhanom Ghebreyesus, PhD, said that as the new year began, he set a goal for vaccination to begin in all countries within the first 100 days of the year. So far, 177 have launched immunization campaigns, and in just one month, COVAX has distributed more than 32 million vaccine doses to 61 countries.

With 15 days left until the 100th day of the year, 36 countries are still waiting for vaccine, and of those, 16 are slated to receive their first COVAX doses within that time period, Tedros said. "That leaves 20 countries who are ready to go and waiting for vaccines," he said. "COVAX is ready to deliver, but we can't deliver vaccines we don't have."

Complex factors such as bilateral deals, export bans, vaccine nationalism, and vaccine diplomacy have distorted the market and contributed to unequal supply and demand, Tedros said, adding that increased demand has led to delays in securing tens of millions of doses COVAX was counting on.

He said COVAX needs 10 million doses urgently to allow the remaining 20 countries to begin vaccinating health workers and older people within the next 2 weeks. Tedros called on countries with vaccines that have WHO emergency listing to donate as many doses as they can, and he called on manufacturers to help ensure that the countries can rapidly donate the doses.

Understandably, sharing doses is a tough political choice, he said, adding that the WHO is encouraged by surveys showing widespread support for vaccine equity. "10 million doses is not much, and it’s not nearly enough, but it's a start," he said.

Meanwhile, problems with vaccine supply played out in Europe, with EU leaders yesterday backing efforts to toughen export controls but stopping short of banning exports, according to the BBC. European Commission President Ursula von der Leyen pressed AstraZeneca to catch up on contracted deliveries to the EU before exporting doses elsewhere.

Vaccine campaigns are off to a slow start in Europe, due to sparse supplies, and many countries in the region are experiencing new surges, partly fueled by more transmissible variants.

In developments that could boost vaccine supply, the European Medicines Agency today announced that it has approved a new manufacturing sites in the Netherlands for the AstraZeneca-Oxford vaccine and in Germany for the Pfizer-BioNTech vaccine. Last week, it recommended approval for a new manufacturing site for the Moderna vaccine.

At today's WHO briefing, Maria Van Kerkhove, PhD, the group's technical lead for COVID-19, said that over the past 7 days, the world's cases have increased by 15%, with rises felt in all six of the WHO's regions. She called the rise a worrying trend, with an uneven vaccine rollout contributing to the problem, as well as people not adhering to measures meant to control the spread of the virus.

"The vaccine is one tool. We can't rely on that alone," she said.

Brazil's cases topped 100,000 yesterday, a daily record, as pressure mounted on the country's President Jair Bolsonaro for his handling of the pandemic, according to Reuters. Elsewhere in South America, Chile extended its lockdown for the capital city Santiago to curb the country's second wave, which WHO officials said is putting pressure on the intensive care unit (ICU) capacity.

Some of the world's other hot spots also reported new daily record high case numbers, including Poland, Hungary, the Philippines, and Ukraine.

In Europe, France extended its lockdown to three more regions, an official from Germany's Robert Koch Institute warned that the country's third surge could be worse than its first two, and United Kingdom officials said COVID-19 cases have leveled off after several weeks of decline.