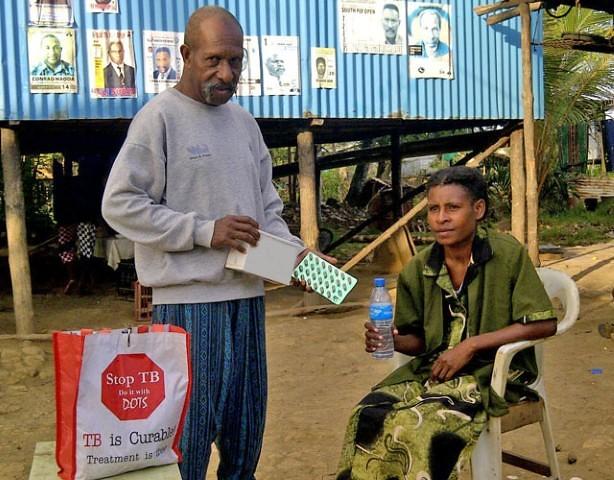 In a new report that confirms what many experts have feared, the World Health Organization (WHO) revealed today that the COVID-19 pandemic has reversed years of progress against tuberculosis (TB).

According to the WHO Global TB Report 2021, which includes data from more than 200 countries, approximately 1.5 million people died from TB in 2020, up from 1.4 million in 2019. It's the first increase in global TB deaths in more than a decade, the WHO said.

In addition, the number of people newly diagnosed as having TB and reported to national governments fell from 7.1 million in 2019 to 5.8 million in 2020.

Worldwide, the WHO estimates that 9.9 million people fell ill with TB last year, but 4.1 million of those infected were not diagnosed or reported to national authorities. That's up from 2.9 million in 2019.

The WHO attributes the increase in deaths and decline in diagnoses and notifications to the COVID-19 pandemic and resulting lockdowns, which have reduced countries' capacity to provide TB services and interfered with people's ability to get diagnosed and treated. Many countries have had to shift resources ordinarily used for TB treatment and diagnosis to the COVID-19 response.

"This preventable and curable disease places an enormous human and societal toll on those affected, their families, and their communities," WHO's Global TB Programme Director Tereza Kasaeva, MD, PhD, said at a press briefing. "Countries need to put in place urgent measures to restore access to essential TB services."

The report shows that the biggest contributors to the decrease in TB notifications in 2020 were India (a 41% decline in notifications), Indonesia (14%), the Philippines (12%), and China (8%)—the countries that also have the highest incidence of TB. These and 12 other nations accounted for 93% of the global drop in TB notifications.

"Drug-resistant tuberculosis remains a public health crisis," Kasaeva said. "The number of people treated for drug-resistant TB fell by 15%, from 177,000 to 150,000 in 2020, equivalent to only about 1 in 3 of those in need accessing life-saving treatment."

The WHO estimates that with the COVID-19 pandemic likely to have a significant impact on much of the world for the foreseeable future, and continue disrupting other health services, TB incidence and mortality could be even higher in the coming years.

Kasaeva said the reversal in progress will severely hamper efforts to hit global TB reduction targets set by the United Nations (UN) at the High-Level Meeting on TB in 2018. Among those targets were a 35% reduction in TB deaths and a 20% reduction in TB incidence by 2020, compared with 2015.

According to the report, TB deaths fell only 9.2% from 2015 through 2020, and incidence fell just 11%. The WHO European Region was the only region that came close to meeting those targets, with a 26% decline in deaths and 25% drop in incidence (which exceeded the UN target).

"Reversals in progress mean the global TB targets are off-track and appear increasingly out of reach," Kasaeva said.

Funding for TB services—a chronic issue—also fell in 2020 and remains off target. The report notes that annual international funding for TB diagnostic, treatment, and prevention services fell from $5.8 billion to $5.3 billion. At the 2018 UN meeting, global leaders committed to raising $13 billion annually for TB prevention and care by the end of 2022.

Tenzin Kunor, a TB survivor and a member of the WHO's Civil Society Taskforce, said he hopes the report will encourage reflection on the global shortcomings in addressing TB.

"This data should reveal how we've neglected millions around the world, particularly those who are more vulnerable and at the margins," Kunor said during the briefing. "This data should also serve as a tool and a catalyst to change our trajectory and make the necessary investments to fight TB."

The findings of the WHO report essentially match what was predicted by the StopTB Partnership in a report issued in late September that warned of the COVID-19 pandemic's continuing impact on TB diagnosis and treatment services. That report also highlighted inadequate global funding for the TB response.

"Unfortunately, today's report confirms what we all feared—that more and more people are dying from TB," Lucica Ditiu, MD, executive director of the StopTB Partnership, said in a statement emailed to reporters in response to today's WHO report.

"We now see more than 4,100 people dying from TB every single day. The COVID-19 pandemic combined with low political will and appallingly low levels of funding have reversed hard-fought gains in the fight against this age-old disease."

Other advocacy groups also expressed their concern and called for nations to do more to address what had been, prior to the COVID-19 pandemic, the world's leading infectious disease killer.

"Emerging from the COVID-19 pandemic only to have lost even more people to TB is simply unacceptable," Mel Spigelman, MD, president and CEO of TB Alliance, said in a statement. "The member states of the United Nations—the entire world—has made pledge after pledge to tackle TB. It's time to honor those commitments and reinvigorate the effort to end the world's oldest pandemic."