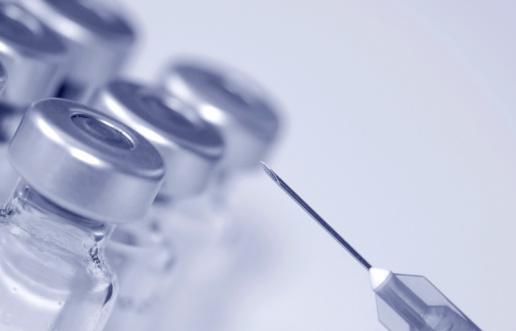 A 4-year investigation by Australian flu vaccine maker CSL into what triggered febrile seizures in some young children who received its 2010 trivalent vaccine Fluvax found that the strains included that season in the vaccine overstimulated the immune system of some young children.

CSL manufactured its flu vaccine that year using its standard method, according to information it release in two separate studies, which also concluded that increasing the level of splitting agent in the vaccine might reduce the seizure risk.

The studies appeared in the latest issue of Vaccine. One compared the 2010 CSL vaccine with versions from earlier seasons and with other trivalent inactivated influenza vaccines (TIVs), and the other looked specifically at what role viral RNA and lipids in the vaccine might have played in the adverse events.

During the Southern Hemisphere's 2010 flu season, higher-than-expected rates of fever and convulsions after flu immunization in children younger than 5, mainly with Fluvax, prompted Australia and New Zealand to recommend that flu vaccination be suspended in that age-group. CSL removed it from the market, and US vaccine advisors recommended that it not be used in children under age 5 during the Northern Hemisphere's 2010-11 flu season.

Studies conducted in the wake of the adverse reaction reports estimated that the rate was 5 to 7 per 1,000 doses in children younger than age 5.

In a press release today, CSL said its complex investigation involved international collaborators and was monitored closely by Australia's Therapeutic Goods Administration (TGA) and the US Food and Drug Administration (FDA).

The company said the studies involved analysis of clinical data, manufacturing reviews, and scientific studies that included more than 200 lab experiments. The studies involved the use of several animal models but focused on in vitro assays to gauge in vivo pyrogenicity.

The studies flesh out preliminary findings from CSL in June 2012, which said that the manufacturing process retained more virus component than that of other manufacturers and that the 2010 virus components triggered an excessive immune response in some young kids. It also said early experiments hinted that increasing the amount of splitting agent could reduce the levels of reactive virus components in the vaccine.

In the first study, researchers found that CSL TIVs provoked greater cytokine/gene signatures than similar vaccines made by other companies. They also found that some kids were more responsive to components in the 2010 CSL vaccine than the ones in the company's 2009 vaccine.

The combination of the influenza B component with the 2009 H1N1 virus component in the 2010 vaccine resulted in heightened cytokine and immune response, which maybe have been associated with the febrile seizures, they reported.

In the second study, which looked closer at the vaccine components and manufacturing processes, researchers found that the company's standard manufacturing method preserved the viral components of the 2010 Southern Hemisphere strains. The heightened cytokine and immune system activation they saw from the combination of the influenza B strain and the 2009 H1N1 component was facilitated by increased lipid-mediated delivery of short viral RNA to innate immune cells.

In their in vitro studies they found that increasing the levels of splitting agent for the B strains attenuates pro-inflammatory signals.

CSL said that it has modified its Fluvax manufacturing process, based on the findings, and that the next step is to launch a clinical program to confirm in young children the safety of flu vaccines made with the process.

A clinical trial of Fluvax made with increased levels of splitting agents in adults found that the modification didn't dampen the vaccine's immunogenicity. Based on input from regulators, the company has increased the level of virus-splitting agent into its standard Fluvax manufacturing process.

Dr John Anderson, general manager of bioCSL, a division of CSL, said the conclusions of the studies give the company a clear path forward. He added that, for now, clinicians must not use Fluvax in kids under 5 and that restrictions remain in place for children ages 5 to 9 years old.

Rockman S, Dyson A, Koerning S, et al. Evaluation of the bioactivity of influenza vaccine strains in vitro suggests that the introduction of new strains in the 2010 Southern Hemisphere trivalent influenza vaccine is associated with adverse events. Vaccine 2014 Jun 24;32(30):3861-8 [Abstract]