Half of US teens partially vaccinated against COVID 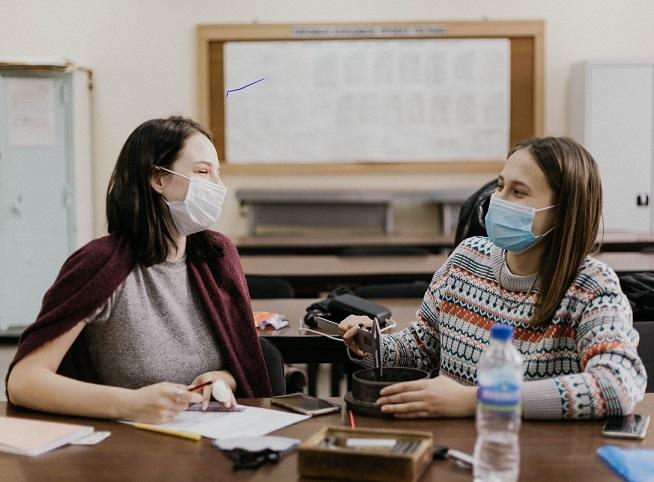 Half of US 12- to 17-year-olds have received their first COVID-19 vaccine dose, and their vaccination rate is rising higher than any other age-group, said White House Coronavirus Response Coordinator Jeff Zients during a White House briefing today.

Despite the milestone, concerns about the school year continue as the Delta variant (B1617.2) rips through the country: At the same briefing, Centers for Disease Control and Prevention (CDC) Director Rochelle Walensky, MD, MPH, said yesterday's 7-day averages showed that COVID-19 cases, hospitalizations, and deaths have gone up 2.8%, 5.7%, and 11.0%, respectively.

The United States reported 161,331 new COVID-19 cases and 1,292 deaths yesterday, according to the Johns Hopkins COVID-19 tracker. The CDC COVID Data Tracker shows that 51.9% of Americans are fully vaccinated and that 61.1% have received at least one dose.

CDC school guidelines will not change

Pediatric COVID-19 cases were one of the main topics at the White House briefing, and Walensky said the CDC was not looking at updating its pre-Delta school guidelines at this time.

While there has been a rise in COVID-19 cases in school-age children, Walensky said the highest surges are in schools that have not followed the current guidelines and that data show schools are more a reflection of the community landscape rather than propagator of more cases.

For instance, in a Morbidity and Mortality Weekly Report (MMWR) study today, a 27-case Delta outbreak at an elementary school in California was traced back to an unvaccinated, unmasked infected teacher who worked for 2 days after symptom onset. Among the teacher's 24-student class, half became infected—up to 80% for those in the two rows closest to the teacher's desk.

Similarly, Los Angeles County data from September 2020 to March 2021 showed that schools with safety protocols in place had case rates among children and teens that were 3.4 times lower during the winter peak compared with community rates, according to another MMWR study, although data were collected pre-Delta.

At least 90,000 US students have already had to isolate or quarantine because of COVID-19 this school year, according to The Hill.

Alabama, for instance, has seen a sharp rise in pediatric cases, with 5,571 cases in children ages 5 to 17 years last week, compared with 702 during the same week last year, according to USA Today. State vaccinations have been increasing in the past weeks, but Springfield, Missouri, News-Leader data show the proportion of the population that is fully vaccinated is only now surpassing 37%.

As Sean O'Leary, MD, MPH, vice chair of the American Academy of Pediatrics' Committee on Infectious Diseases, told Time yesterday, "Kids don't tend to drive what's going on; they tend to reflect what's going on in the surrounding community."

He added that while some exceptions may exist, pediatric hospitalizations are greatest in states with the lowest vaccine coverage.

Kentucky and Texas are the latest states to report their highest COVID-19 hospitalization numbers since the pandemic began, joining at least six states, according to the Associated Press.

Another Associated Press report turns the spotlight on Idaho, where COVID-related admissions at St. Luke's, the state's largest provider, have doubled every 2 weeks since the end of July. And the Georgia Department of Public Health said yesterday that many of the state's hospitals are unable to provide usual emergency care to patients arriving by ambulance, according to the Washington Post.

"We have no plans nor authority for what you called a national mask mandate," reiterated Zients during the White House briefing. "The president will continue to look for every lever he can pull on vaccination requirements"—including his recent mandates for military, federal governments workers—"and we're all very heartened by the fact that private sectors, public sectors, and schools are following suit with vaccination requirements."

One of the more recently announced state mandates is by Illinois Gov. JB Pritzker, who declared that all healthcare workers, educators, and college students must be vaccinated against COVID-19 or tested once a week, according to the Wall Street Journal. Also in Illinois, though, Chicago's police union is opposing potential vaccine mandates for city workers, and according to NBC News, it's not the only police union objecting.