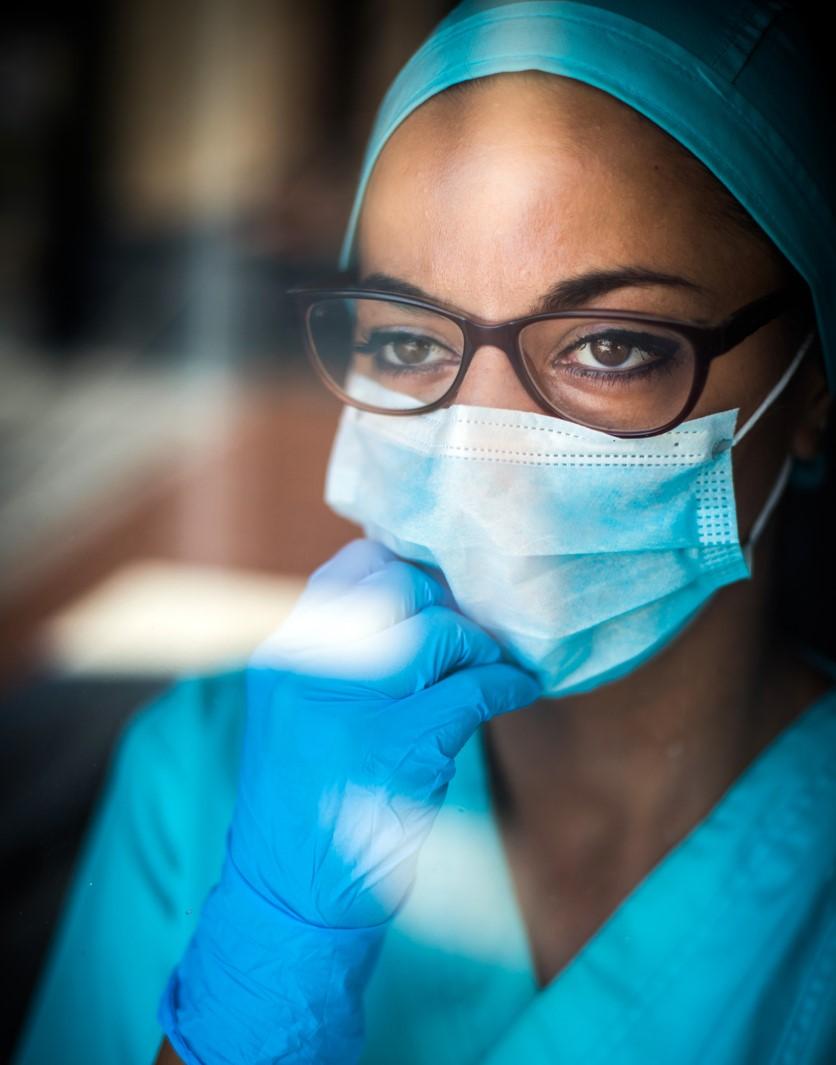 Turnover was defined as a healthcare worker's report of being unemployed or out of the workforce the month after he or she reported being employed in healthcare. "The survey defined unemployment as not currently working but being available to work and searching for a job during the prior 4 weeks or waiting to be recalled to a job from which they had been laid off," the study authors wrote.

The researchers estimated the likelihood of the workers leaving their jobs by using a model that controlled for factors such as healthcare occupation and setting, race, and age.

More quit than were unemployed

Before the pandemic, on average, 3.2% of healthcare workers reported turnover, compared with 5.6% in the beginning of the pandemic and 3.7% in the following 8 months. More people left the workforce than were unemployed for every group throughout the study period, except in the latter period among people who were multiracial or of an "other" race.

Overall, unemployment contributed more to turnover rates after the pandemic began than before, with the highest likelihood of exiting the workforce rather than being unemployed at the beginning of the pandemic.

Although many jobs had been recovered by the latter period, turnover rates were still 0.7 percentage points higher than before the pandemic. Turnover rates for long-term care workers continued to increase over time.

Estimated turnover rates peaked in the first 9 pandemic months, but most were recovered in the next 8 months, except for physicians and long-term care workers, across all sociodemographic groups. Turnover was four times more common among health aides than among physicians, was higher for workers of parents of children younger than 5 years, and was highest among women.

Although physicians had low turnover rates overall, they were the only group to experience continuously increasing turnover as the pandemic progressed.

Throughout the study period, health aides had the highest turnover rate, which stayed 1.3 percentage points higher during rather than before the pandemic. Similarly, among licensed practical nurses and licensed vocational nurses (LPNs/LVNs) and technicians, turnover rates increased in the early months of the pandemic but had a slower recovery, remaining 1.4 percentage points higher later in the pandemic than in the prepandemic period.

The researchers noted that millions of healthcare workers left the field during the pandemic and that filling the vacancies has been slow, especially in long-term care.

"Despite calls to retrain and redeploy them, approximately 1.5 million health care workers lost their jobs during the first peak of the pandemic (April 2020) when clinics closed temporarily and hospitals postponed surgeries to prevent the spread of the SARS-CoV-2 virus," they wrote.

Many other healthcare workers, particularly those with low-paying positions and who likely lacked paid sick leave or adequate childcare, quit because they worried about their exposure to the virus amid a shortage of personal protective equipment and a lack of COVID-related training.

While much of the healthcare workforce appears to be recovering to prepandemic turnover rates, they said, recovery has plodded among long-term care workers, health aides and assistants, marginalized racial minorities, and women with young children.

"As of November 2021 health care employment was still 2.7% lower than prepandemic levels," the study authors wrote. "Leaders in the field have highlighted concerns about the struggles facing the health care workforce, including burnout and a lack of available childcare, which may be contributing to shortages and putting patient care at risk."

The occupational groups most in need of attention are long-term care workers, health aides, and LPNs/LVNs, the researchers said.

"With ongoing concerns about burnout leading to early retirement, particularly among nurses, continuing to track turnover among health care workers will be critical to determining our future focus, whether it should be on job placement, retention, or quality (eg, higher wages, improved benefits)," they wrote. "In addition, it is critical that we distinguish between terminations, resignations, and those exiting the labor force.

"Waiting too long to understand these issues may further elongate the consequences of the COVID-19 pandemic."