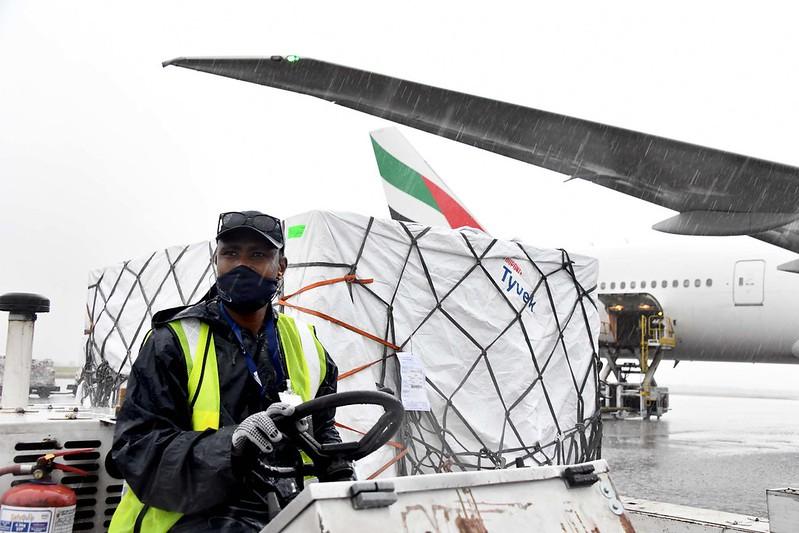 In scientific developments, researchers based in Laos recently described three close relatives of SARS-CoV-2, based on sampling of bats in northern Laos.

AstraZeneca/Oxford COVID-19 vaccine made at India's Serum Institute was planned as a key part of the COVAX program to ensure equitable distribution to middle- and low-income countries. However, not long after shipments began to Africa in late February, a catastrophic Delta (B1617.2) variant surge swept across India, prompting the country to focus its vaccine-making capacity on its domestic needs.

At a briefing today, India's health minister, Mansukh Mandaviya, said vaccine production will likely increase in the coming weeks and that it will restart exports in October, according to the Washington Post.

India's domestic vaccine campaign has gained traction, with 60% of adults having received at least one dose. The country is the world's biggest vaccine maker.

Later this week in connection with the United Nations (UN) General Assembly meeting, world leaders will take up vaccine access issues and will also discuss steps to better prepare for the next pandemic.

On Sep 22, President Joe Biden will host a virtual COVID summit on the sidelines of the UN General Assembly. The goal is to build support from governments, philanthropy, and industry to increase vaccine supply, improve the supply of oxygen and other resources needed to battle the virus, and establish sustainable financing for responding to emerging health threats.

The summit will also rally participants around the goal of vaccinating 70% of the world by the middle of next September, a goal that aligns with targets previously set by the World Health Organization (WHO) and its partner organizations.

In a preprint study that hasn't gone through peer review, a team from Laos and partners at the Pasteur Institute identified three new family members of SARS-CoV-2 in bats in Laos.

Their findings are based on sampling of bats in caves in northern Laos. The sequences from three different Rhinolophus (horseshoe) bat species were very close to early strains of SARS-CoV-2. Researchers hypothesized that SARS-CoV-2 could have resulted from recombination of viruses from the bats, which live in the extensive limestone cave systems of South East Asia and South China.

The newly identified bat species seem to have the same potential for infecting humans as early SARS-CoV-2 strains, they wrote.

A coronavirus found in bats in China, called RaTG13, is still the closest known relative to SARS-CoV-2. The virus was identified in 2013 in bat droppings from a mining cave in China's Yunnan Province, located in southwestern China.

Maria Van Kerkhove, PhD, the WHO's technical lead for COVID-19, on Twitter thanked the research team for sharing the results ahead of publication, and she said better understanding of the virus can only come from rigorous science, collaboration, and sharing results without politicization.