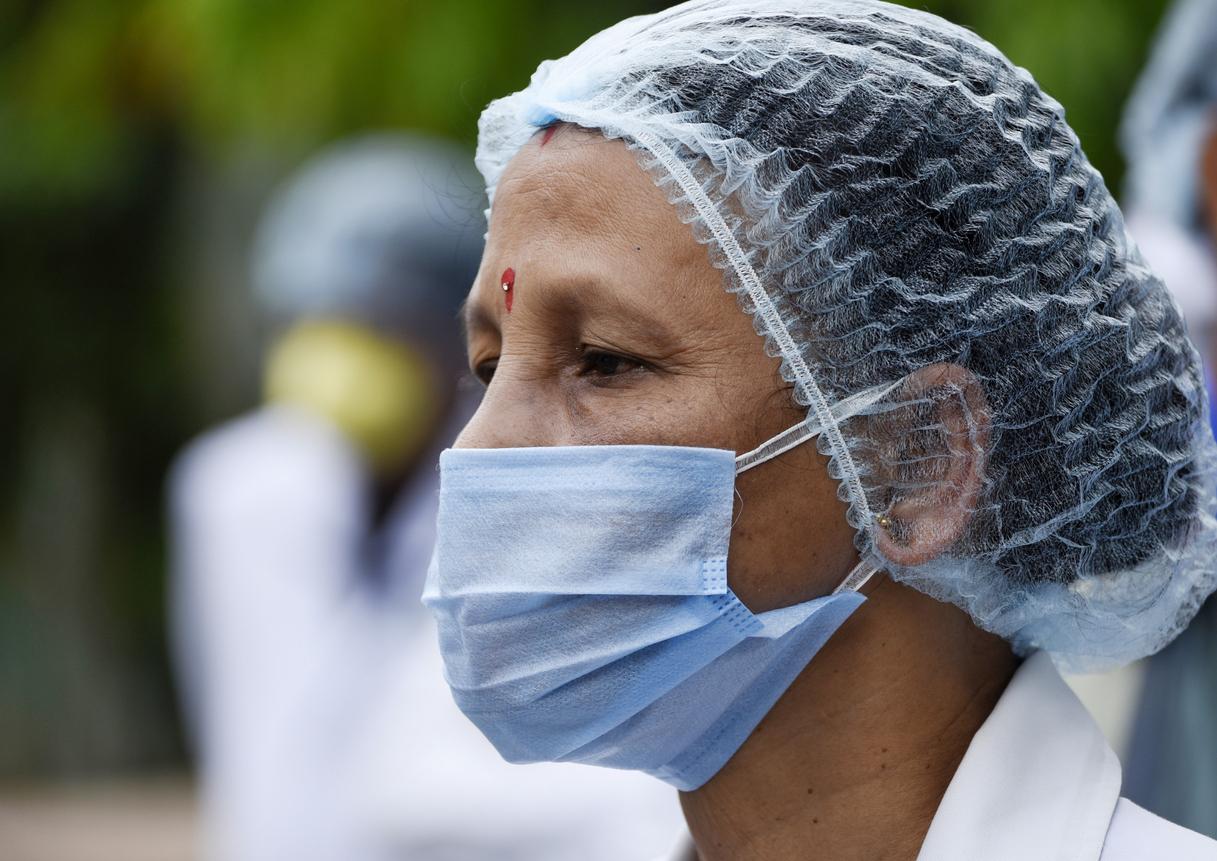 For the third day in a row, India reported more than 300,000 new COVID-19 cases amid reports of hospitals turning to social media to look for oxygen, people waiting on the street for hospital beds, and overrun crematoriums.

India's catastrophic surge—the worst of the pandemic and unfolding in the world's second most populous country—led the world's biggest pandemic day yesterday, with 875,510 cases reported. The number was well over the previous world single-day high reported on Dec 20, according to the World Health Organization (WHO) online dashboard.

Among desperate attempts to increase oxygen supplies, the government has diverted industrial oxygen to health facilities, according to Reuters. In the second disaster at a hospital this week, a fire at a facility in Mumbai today killed 22 people.

Hospitals are pleading for oxygen on Twitter and WhatsApp, and families are also using social media to find hospital beds for their loved ones, according to the New York Times. Today, India reported 2,621 more deaths, and media outlets showed images of overwhelmed crematoriums.

Experts have said India's cases are fueled by social mixing and the spread of more transmissible SARS-CoV-2 variants, including B1617, which was first detected in India. The country's prime minister has faced criticism for allowing a massive Hindu gathering to take place on the banks of the Ganges River in Haridwar and for allowing large, unmasked political rallies to take place in some states.

At a briefing today, the head of the WHO, Tedros Adhanom Ghebreyesus, PhD, said the group is deeply concerned about India's increasing cases and deaths. "The situation in India is a devastating reminder of what this virus can do and why we must marshal every tool against it in a comprehensive and integrated approach: public health measures, vaccines, diagnostics and therapeutics," he said.

Tedros said the WHO has redeployed 2,600 staff from its other programs to support India's states.

In neighboring Pakistan, oxygen is also running low at hospitals, and the country announced today that the military will help enforce COVID measures, according to CNN.

Several countries have imposed restrictions on incoming flights from India, the US Centers for Disease Control and Prevention (CDC) has a level 4 travel warning for India, and the US State Department on Apr 21 issued a do-not-travel advisory for India.

Disruptions in essential health services due to the pandemic have decreased some, but about 90% of countries surveyed by the WHO have one or more such disruptions. In 2020, the first survey found that about half of essential services were disrupted. A follow-up survey in the first 3 months of 2021 found just over one third of services are disrupted.

In other WHO developments, the group's Strategic Advisory Group of Experts (SAGE) on Immunization updated its interim guidance on the use of AstraZeneca-Oxford vaccine produced by different makers, with clarifications that apply to different groups, such as pregnant and lactating women and people with previous infection. The group said the benefits of the vaccine still outweigh the risks.

At a virtual event today to mark a year since the launch of the ACT Accelerator, a program to speed the development of and ensure equal access to drugs, vaccines, and diagnostics, Tedros said the WHO has met its first objective of supporting rapid development. However, he said the world has a long way to go with the second objective: to ensure equitable access. He said more efforts are needed to share technology and that the program needs $19 billion to meet its goals this year.