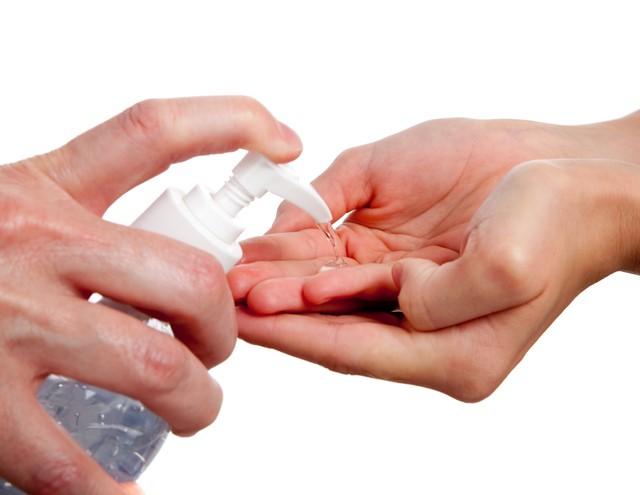 A new study from Japanese researchers challenges the idea that ethanol-based disinfectants are effective at completely destroying influenza A viruses quickly in all situations. The study was published yesterday in mSphere.

In a series of tests, the researchers from the Kyoto Profectural University of Medicine found that ethanol-based disinfectants, or hand sanitizers, would have be in contact for at least 4 minutes with the influenza A virus before killing it, a much longer duration than typical use. After 2 minutes of use, the virus was still active.

The reason ethanol-based disinfectants might not be as useful as previously thought has to do with the mucus that surrounds droplets of the influenza A virus. The mucus acts as a hydrogel and protects the virus from the ethanol, the investigators reported.

"We found that the protective effect of mucus is stronger than expected," said Ryohei Hirose, MD, PhD, a lead author of the paper. Hirose explained that the mucus provides a protective coating for the virus and cannot be deactivated by ethanol-based disinfectants until the mucus is totally dry.

The finding could be a game-changer for healthcare settings, where nurses and doctors often rely on quick uses of hand sanitizers between patients. Currently, the US Centers for Disease Control and Prevention (CDC) and the World Health Organization recommend hand hygiene practices that include using ethanol-based disinfectants for 15 to 30 seconds.

Those recommendations likely come from previous studies that found ethanol-based disinfectants effective in killing flu, which simulated dried mucus scenarios. When mucus is dry, influenza is inactivated within 30 seconds. When the virus was contained in saline, ethanol-based sanitizers also worked in 30 seconds.

Hirose told CIDRAP News that hand washing, even without using soap, was able to deactivate the influenza A virus within 30 seconds, even when mucus was still wet.

That jibes with CDC advice, which states, "Washing hands with soap and water is the best way to reduce the number of microbes on them in most situations. If soap and water are not available, use an alcohol-based hand sanitizer that contains at least 60% alcohol."

Hirose had no recommendation on the relationship between soap ingredients and virus inactivation.

CDC Q&A on hand sanitizer use