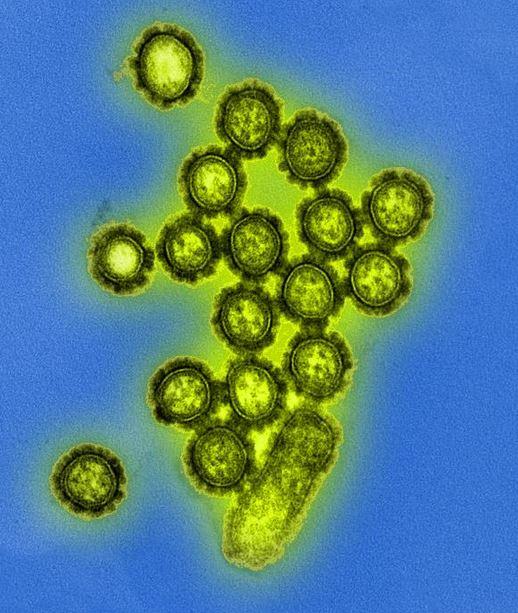 Lab experiments indicate that baloxavir (Xofluza), an influenza drug that was approved for US use last year, is active against all four types of flu—A, B, C, and D—and shows activity against many type A viruses of avian and swine origin, according to a new report from the US Centers for Disease Control and Prevention.

The findings, by a team from the CDC and Battelle Memorial institute in Atlanta, are reported today in Emerging Infectious Diseases.

A and B are the main flu types that cause disease in humans, but type C can also cause illness, including some severe cases in children, the report says. No confirmed type D infections in humans have been identified, but type D antibodies have been found in people exposed to cattle.

Baloxavir gained US approval last October for use in patients 12 years and older. It "inhibits viral RNA polymerase, an enzyme recognized as an attractive target because of its critical role in virus replication and high degree of conservation," the report states. That made it the first flu drug with a novel mechanism of action to win US approval in close to 20 years.

The authors said that because the active site of polymerase acidic protein is nearly identical in all four types of flu viruses, they hypothesized that baloxavir would limit replication of all those types. In in-vitro testing, they compared the effectiveness of baloxavir with that of favipiravir, another viral polymerase inhibitor, which is licensed in Japan.

"Baloxavir broadly inhibited virus replication of all 4 types," the report states. But the results varied by type: Type A was the most susceptible to the drug and type D the least, with types B and C intermediate. Favipiravir, an experimental broad-spectrum antiviral drug with a similar mechanism of action, also was active against all four types, but much higher concentrations were needed to achieve similar effects.

The team also tested baloxavir against 25 type A viruses of avian origin, most of them isolated from humans, and 30 swine-origin type A viruses of various lineages. The results indicated that all of these viruses were susceptible to the drug, the report says. However, the findings reconfirmed that one particular genetic marker in type A viruses is associated with reduced susceptibility to baloxavir.

In conclusion, the researchers wrote, "Baloxavir displayed broad antiviral activity against diverse influenza viruses, including all 4 types and animal-origin influenza A viruses with pandemic potential. Our findings suggest that baloxavir might offer the first therapeutic option against influenza C virus infections. Further studies are needed to provide comprehensive assessment of baloxavir susceptibility by using a large panel of representative influenza C viruses.