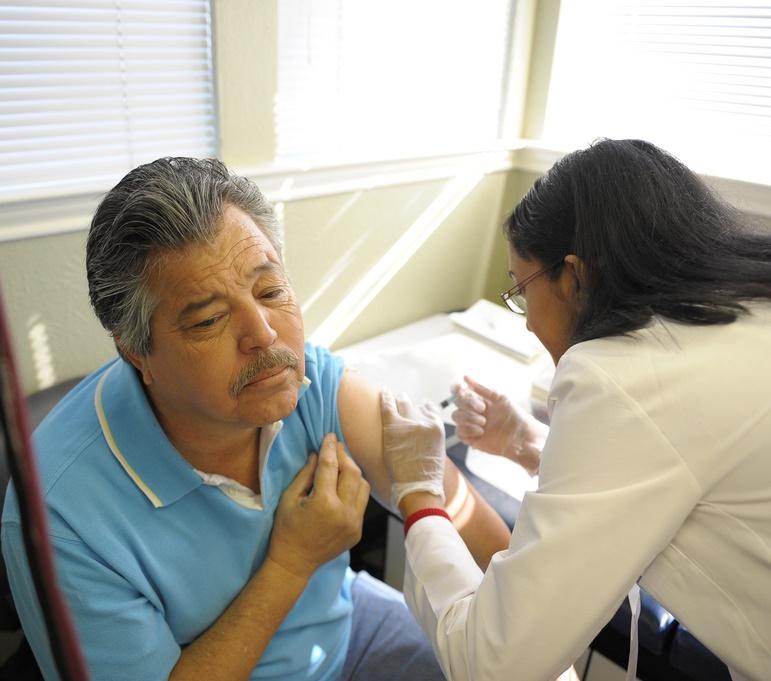 Flu activity remains low in the United States in the lead-up to the holiday season, and the US Centers for Disease Control and Prevention (CDC) in its update today reminded Americans to get vaccinated before levels start increasing.

Individual states continue to report their first flu confirmations and deaths. For example, the California Department of Public Health on Nov 4 announced its first flu death for the season in a person younger than age 65 and said overall activity in the state remained sporadic.

Karen Smith, MD, MPH, the state's health officer, said in the statement that such flu deaths are troubling, because they're preventable. "That's why I urge you to get your flu shot. By getting vaccinated, you can keep yourself healthy and stop the virus from spreading to others," she said.

At the global level, a scattering of countries are reporting increased flu activity, some of it fueled by 2009 H1N1, which is accounting for a steadily increasing percentage of subtyped influenza A viruses. However, in the United States, the H3N2 virus predominates in the states and territories that are seeing flu cases.

The flu markers the CDC uses to gauge flu activity haven't changed much since reporting on the new flu season began Oct 16. Parameters such as the percentage of clinic visits for flulike illness and percentage of respiratory specimens that are positive for flu are well below their baselines and thresholds.

Flu activity is notorious for its unpredictability, and for some seasons, levels don't pass baselines until January or later.

For the week ending Oct 31, the percentage of clinic visits for flulike illness was 1.4%, below the national baseline of 2.1%. Each of the CDC's 10 regions also stayed below their baseline for the marker.

Nationally, the percentage of respiratory specimens positive for flu was at 1.3%. Influenza A was responsible for nearly 64% of the positive tests, and of the small number of subtyped influenza A samples, 78% were H3N2 and just under 8% were the 2009 H1N1 virus.

Deaths from flu and pneumonia, which typically lags increases in flu activity, stayed well below the seasonal baseline. So far no pediatric flu deaths have been reported for the 2015-16 flu season.

All 50 states and New York City are reporting only minimal flu activity, with Puerto Rico reporting low activity, the next level up. In surveillance of geographic spread, only Guam reported regional activity. Only two states reported local activity: Georgia and Iowa.

At the global level, flu levels are low or decreasing except in a few countries, some of which are reporting increased activity from the 2009 H1N1 virus. That subtype has been edged out by H3N2 over the past several months and is not making up a growing percentage of subtyped influenza A viruses, the World Health Organization (WHO) said in a Nov 2 update.

India has also seen 2009 H1N1 activity over the past several months, with levels now reported as low.

The WHO said flu activity in China is declining but that it is increasing in Iraq, mainly due to H3N2.

Overall, national influenza centers and labs through Oct 18 report that nearly 80% of specimens testing positive for flu were influenza A. Of the subtyped influenza A viruses, 46.2% were the 2009 H1N1 virus and 58.3% were H3N2.

Since the end of July the percentage of 2009 H1N1 viruses among influenza A isolates has steadily risen from the single digits. So far it's not clear if the shift will continue or impact countries just starting their new flu season.

A joint update on flu in Europe from the European Centre for Disease Prevention and Control (ECDC) and the WHO said for the week ending Nov 1, all three seasonal flu strains were detected. The most recent report from the Public Health Agency of Canada (PHAC) said that as of Oct 24, flu levels in Canada were low, with H3N2 as the most commonly detected subtype.