US flu picks up pace ahead of Thanksgiving 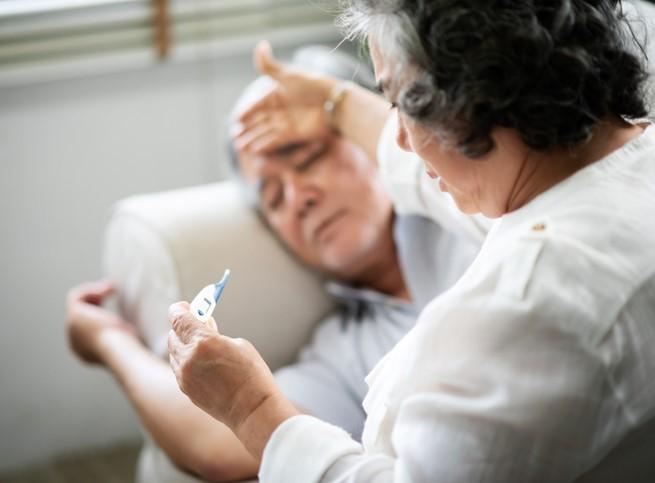 As the nation heads into the Thanksgiving holiday week, flu levels continue to rise, with most of the activity occurring in southern and western states, the US Centers for Disease Control and Prevention (CDC) said in its latest update today.

The CDC said the flu season is just getting started, and it's not too late to be vaccinated. Annual flu vaccination is recommended for everyone age 6 months and older.

Nationally, the percentage of clinic visits for flulike illness last week rose to 2.5%, putting it above the overall baseline of 2.4% for the first time. However, some regions of the country have been above their specific baselines for a few weeks now, and currently, 4 of 10 are above their baselines.

Another key indicator that rose last week is the percentage of respiratory specimens that tested positive for flu, which rose to 7.3%, up from the previous week.

Influenza B is the most commonly detected strain, accounting for 73.7% of viruses at clinical labs and 63.9% of flu viruses at public health labs. High percentages of influenza B is unusual at the start of the flu season, as the viruses typically rise toward the end of the flu season. However, the 2018-2019 season was unusual, because the United States experienced very little influenza B, but saw two waves of influenza A activity, the first from 2009 H1N1 and the second one involving H3N2.

The CDC said two influenza A strains are also circulating, with the predominant virus varying by region and even age, with influenza B more common in children and H3N2 more common in seniors. In testing at public health labs of influenza A viruses that were subtyped last week, 71.1% were 2009 H1N1 and 28.9% were H3N2.

Areas of intense and widespread flu

A glance at the CDC's flu activity maps shows that Puerto Rico and seven states are reporting high activity, another indicator of clinic visits for flu. The states—two more than the previous week—are Alabama, Arkansas, Georgia, Mississippi, Nevada, South Carolina, and Texas.

On the map that shows geographic spread, flu is now reported as widespread in six states, up from three the week before. They are Alabama, California, Louisiana, Massachusetts, Nevada, and South Carolina.

Overall, deaths from pneumonia and flu, an indicator that typically lags other markers, is still well below the seasonal baseline of 6.2%.

For the first time this season the CDC reported on hospitalizations, based on data through Nov 16 at its surveillance sites. The overall rate is 1.4 per 100,000 population, which the CDC said is similar to what has been seen at this time in recent seasons. The highest rates are in seniors, followed by children younger than 5.