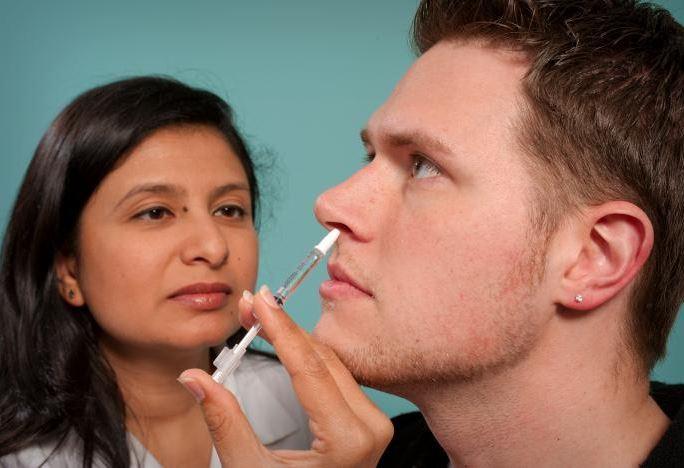 A US Centers for Disease Control and Prevention (CDC) vaccine advisory group today voted to include FluMist in the vaccine line-up for the 2018-19 flu season, returning the vaccine to the US market after a two-season hiatus.

Intense discussions swirled around how to weigh the latest scientific data on the nasal-spray vaccine, how keeping the vaccine on the sidelines might reduce vaccine uptake, and challenges healthcare providers may face in communicating the policy change to parents and patients. But in the end, the CDC's Advisory Committee on Immunization Practices (ACIP) approved restoring the live attenuated influenza virus (LAIV) by a 12-to-2 margin.

Today's action marks the latest turnaround for a vaccine, first licensed in 2003, that has offered a needle-free option—a plus for children and a formulation that has been useful in school-based flu immunization campaigns.

In 2014, ACIP made a preferential recommendation for FluMist in healthy kids ages 2 to 8, because it seemed to provide better protection. However, it reversed the decision in 2015 because of disappointing performance against the 2009 H1N1 strain, a puzzling development given that scientists in other countries where FluMist is used didn't seem to find the same gap in protection.

AstraZeneca, the company that makes FluMist, has been working to identify reasons for the reduced effectiveness and has said it might be linked to reduced fitness of the H1N1 vaccine component. Other research groups have also been trying to tease out the problem with the vaccine, with some suggesting the problem might stem from changes in patient immunity. Since the vaccine was last used in the United States, the company has swapped out the previous 2009 H1N1 vaccine component with a different type (A/Slovenia).

In the meanwhile, an ACIP working group, led by the CDC's Lisa Grohskpof, MD, MPH, has been churning through data on the vaccine from the United States and other countries, which led to today's proposal and committee vote.

At today's ACIP meeting, the company presented findings from a US study in children ages 2 to 4 on shedding and antibody responses of the H1N1 strain in the latest version of the quadrivalent vaccine. It said the results showed that the new 2017-18 post-pandemic 2009 H1N1 LAIV strain (A/Slovenia) performed significantly better than the 2015-16 post-pandemic LAIV strain (A/Bolivia). AstaZeneca officials said the new H1N1 strain prompted an antibody response similar to the highly effective H1N1 LAIV strain that was a component of the vaccine before the 2009 H1N1 pandemic.

Gregory Keenan, vice president of US medical affairs at AstraZeneca, said today in a press release from the company, "This study validates the improvements we've made to our strain selection process and confirms an improved H1N1 LAIV strain was included in the 2017-2018 formulation. We are pleased that the ACIP has voted in support of a renewed recommendation FluMist Quadrivalent in the US and look forward to continuing to work with public health authorities to optimize protection against influenza."

During the committee discussion in the lead-up to the votes, some members said they worried if the new data on shedding were strong enough evidence of protection, compared with traditional vaccine effectiveness studies.

Henry Bernstein, DO, professor of pediatrics at Zucker School of Medicine at Hoftstra/Northwell and Cohen Children's Medical Center, said he had a number of concerns. But the part that worried him most was the chance that the vaccine wouldn't perform well in an H1N1-dominated season and that such a failure might undercut flu vaccination coverage, in general.

"I have real mixed emotions about this," he said. "We want to protect as many people as we can, especially kids."

Other ACIP members aired concerns that flu vaccine effectiveness often crops up as a serious issue with flu vaccines, in general, and they wondered if the committee was holding FluMist to a different standard. Some said adding FluMist back to the line-up of vaccines might make it difficult to explain the changes to patients and their families.

Bringing FluMist back into the mix is also likely to create some practical problems for clinicians, given that the ordering process for next year's vaccine has already begun. At the CDC, contracts have already been completed for the Vaccines for Children (VFC) program, which provides free vaccines to children whose families don't have health insurance or can't afford the vaccine.

Ed Belongia, MD, director of the Center for Clinical Epidemiology & Population Health at Marshfield Clinic Research Institute in Marshfield, Wisc., said today's vote is not an easy decision, and the committee was challenged by making a decision with incomplete data, but the expert are weighing their decision with the best science available. He added that the manufacturer made a good faith effort to find the root cause of the problem, and that with the body of evidence, they've made a reasonable case, short of running a vaccine effectiveness trial.

He said if enough FluMist is on the market for the 2018-19 season and there's enough 2009 H1N1 circulating, the US Influenza Vaccine Effectiveness Network should be able to evaluate how well FluMist performed.