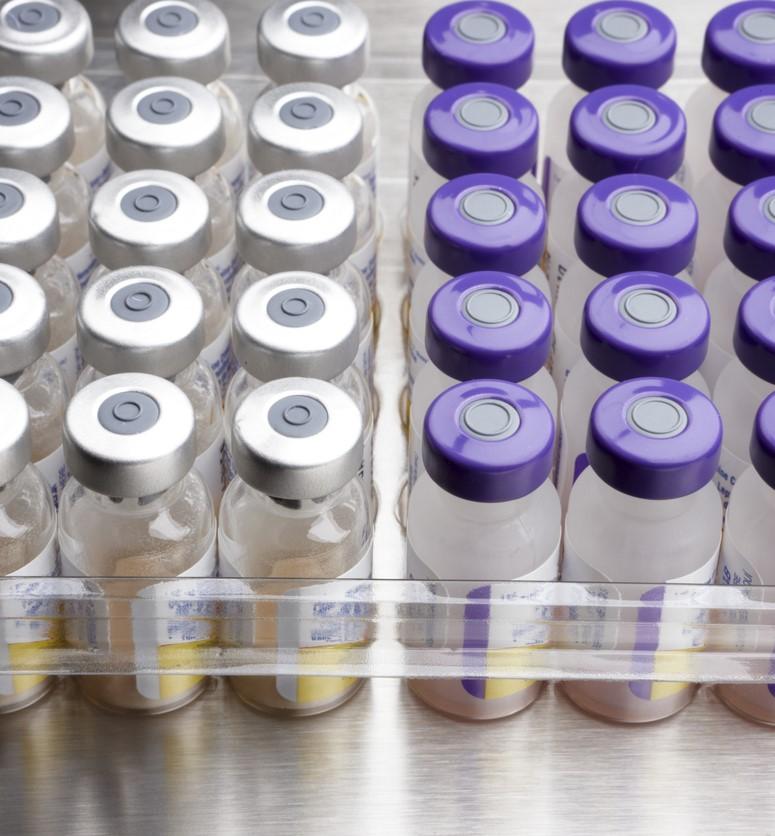 Each year, flu vaccines are shipped out to healthcare facilities on a rolling basis in part so that manufacturers are able to provide vaccines across the board early on. Starting in September, however, reports popped up about flu vaccines being low or out of stock in some places across the country despite the Centers for Disease Control and Prevention (CDC) saying there has been no national shortage.

The problem isn't the supply per se. It's the rate.

"We're seeing what I call regional distribution challenges that have to do with a huge surge of demand at the beginning of the season," says Litjen "L.J." Tan, PhD, chief of strategy of the Immunization Action Coalition, and co-chair of the National Adult and Influenza Immunization Summit. "It's very regional and nothing significant to disrupt the national level or cause an immunization problem."

While Tan hopes that this demand surge is indicative of more people getting vaccinated this year in light of a potential "twindemic" of COVID-19 and the flu, he acknowledges that other factors may be involved. Workplace programs, he says, usually account for about 20% of flu vaccinations each year, and many of those may have been disrupted. It's also possible that people who normally would get the flu vaccine are simply doing it sooner.

As of the week of Oct 16, 154.6 million doses of flu vaccine have been sent across the country, according to the CDC, which is an 18.7% increase over the amount dispensed by Oct 20, 2017, when about 130.2 million doses had been shipped (2017-18 is the most recent season with comparable numbers available).

Production is up, but allocation also key

To meet the need for more flu vaccines, some companies increased production, pushed early-to-market dates, and increased order flexibility. Sanofi Pasteur's vice president of its US flu franchise, Chris Whitman, says that although pre-booking normally occurs from November of the previous year through the end of March, this year Sanofi extended the time frame through April.

At Seqirus, vice president of commercial operations in North America Dave Ross, MBA, says, "All customers, even those that placed their orders with us earlier in the year, were able to increase their orders through mid-October." However, he adds, "As of mid-October, we are no longer accepting new orders, but only after we expanded our capacity to the fullest extent."

For some healthcare providers, this might be an issue. One Denver pharmacy, Capitol Heights Pharmacy, made local headlines because the 400 flu vaccines it had ordered prior to the pandemic—about 100 more than the pharmacy's 2019 pre-order—were out by Sep 26. Pharmacist Carly Callan, PharmD, says it's normal for Capitol Heights to place multiple orders within the flu season and to experience delays, but this year distributors Cardinal, Insource, Vaxserve, and FFF as well as manufacturers including Seqirus and Sanofi Pasteur all told her there might not be any flu vaccines left after all the pre-orders were filled.

"All pharmacies order throughout the season. I believe we have to order more frequently than the chain pharmacies because there are only a certain amount that we can order at a time mixed with only being able to afford a certain amount each time since we are a small business," she says.

"It's just been frustrating not being able to provide this service for our community as a neighborhood pharmacy."

Two weeks after running out, Callan began receiving the orders she was able to secure from Insource and Seqirus: 200 high-dose vaccines for seniors, which came in mid-October, and 200 regular-strength vaccines, which came Oct 22.

As flu vaccines continue to roll out, national health campaigns such as "The Race to 200M"—which would require at least an additional 2 million vaccines if fully achieved—have gained some momentum. Although Tan lauds its ambition, he reminds people to work on the local level to address coverage disparities across ethnicities and race.

"On the national level, we can talk about disparities across ethnicities and race, but ultimately when it comes to improving coverage rates, it's not national. It's at the community, local, regional level," Tan says.

Community leaders, policy makers, clergy, sports figures, respected physicians—connecting with these influencers in local minority communities can help impress the importance of vaccinations, he says. "We need to do good by our ethnic and racial minorities."

Seniors, another vulnerable population during the flu season, have two US flu vaccines specifically made for them, but both of those have been low or out of stock at some places. (Neither Whitman nor Ross commented on the quantities of these vaccines, Fluzone High-Dose and FLUAD, but both talked about overall flu vaccine portfolio increases of 15% and more than 20%, respectively.)

While these spot shortages are not ideal, healthcare professionals always remind people that the regular-dose flu vaccine is better than none at all.

Tan says, "This talk about the fact that we might see a low flu year because we're all sheltering in place is kind of contradicted because we're seeing COVID-19. ... Beyond terms of individual patient morbidity and mortality, we're going to see [intensive care units] overwhelmed. Some states are reporting hospital beds in critical numbers now, so imagine all our flu visits on top of that."