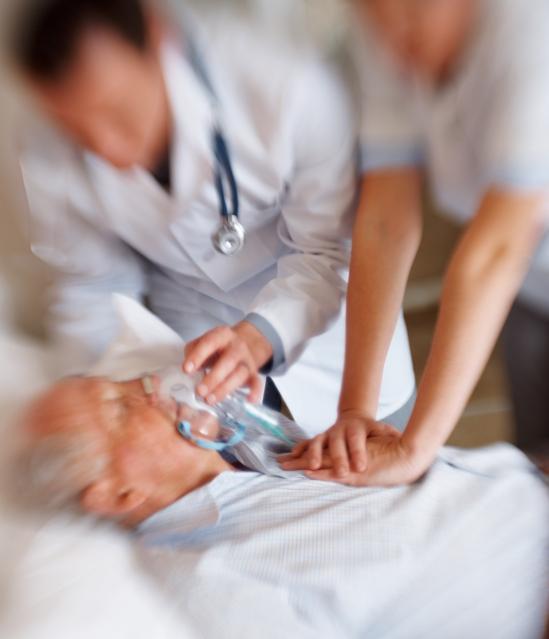 In view of evidence that influenza can help trigger heart attacks and other cardiovascular events, experts have long wondered if flu vaccination may lower the risk of such events. A meta-analysis released this week, in which researchers sifted through thousands of studies, suggests the answer is yes.

On the basis of five randomized controlled trials (RCTs) that met their selection criteria, an international team of researchers concluded that patients who had a flu shot had a 2.9% risk of a major cardiovascular event in the ensuing year, versus a 4.7% risk for those who were not vaccinated. That suggested that one cardiovascular event would be prevented for every 58 people vaccinated.

Also, when the researchers separately analyzed three trials that involved only volunteers who already had coronary artery disease, they found that the risk reduction was especially pronounced in those who had had a cardiovascular event in the previous year. In that group, vaccinees had about a 10% risk of another event in the ensuing year, versus a 23% risk for those who skipped vaccination.

"Our meta-analysis demonstrated a consistent association between influenza vaccination and a lower risk of cardiovascular events," says the report in the Journal of the American Medical Association (JAMA). "Our findings provide some support for guideline recommendation for influenza vaccination of patients with ACS [acute coronary syndrome]."

Other experts who commented on the study said it was well done and supports an association between flu vaccination and lower cardiovascular risk. But they raised questions about the finding of a much greater risk reduction in those with a history of very recent cardiovascular episodes and called for more rigorous trials.

The authors of the study, led by Jacob A. Udell, MD, MPH, of the University of Toronto, say previous studies suggest that seasonal flu-like illnesses may strongly affect the timing of acute thrombotic events in patients with coronary artery disease (CAD) and cerebrovascular disease. In addition, several epidemiologic studies suggest an inverse relationship between flu vaccination and the risk of fatal and nonfatal cardiovascular events.

The researchers combed through decades' worth of medical literature and found 2,189 RCTs that compared flu vaccination with placebo or standard care. In searching for those that addressed effects on major cardiovascular events (cardiovascular death, hospitalization for myocardial infarction, unstable angina, stroke, heart failure, or urgent coronary revascularization), they winnowed these down to just five published trials for their final meta-analysis.

Included in those five studies were 6,735 participants with a mean age of 67; 51.3% were women, and 36.2% had a cardiac history. They were followed for an average of 7.9 months after vaccination.

The difference in absolute risk was 1.74 percentage points, which means 58 people would have to be vaccinated to prevent one major CV event, the authors say.

The researchers did a separate analysis of the three trials that exclusively involved patients with known CAD, and stratified the patients according to whether or not they had had a major cardiac event in the past year—those with ACS. They found that in the ACS group, vaccinees had a 10.25% risk of a major event, versus a 23.1% risk for the placebo recipients, indicating a relative risk of 0.45 (95% CI, 0.32-0.63; P < .001).

Here the difference in absolute risk was 12.9%, which means that vaccinating just eight people would prevent one cardiovascular event, according to the authors.

The authors write that flu is a risk factor for cardiovascular events, but just why that's the case is unclear. It may relate to triggering the rupture of plaque in an artery, heart failure from fluid overload, myocarditis, arrhythmia, or simply "the susceptibility of a frail and vulnerable patient."

The researchers allow that their findings are based on just 246 major cardiovascular events and 97 deaths in trials that varied in design, intended primary outcomes, and patient populations. Accordingly, they call for a large, adequately powered, multicenter RCT to test the hypothesis further.

At the same time, they comment, "Influenza vaccination may prevent cardiovascular events via avoidance of atherosclerotic plaque rupture or other forms of cardiac injury in a vulnerable patient and represents a simple once-annual protective therapy to reduce cardiovascular events. This finding has considerable clinical and health policy importance."

Edward Belongia, MD, director of the Epidemiology Research Center at the Marshfield Clinic Research Foundation in Marshfield, Wis., who was not involved in the research, praised the study but said more research is needed to answer lingering questions.

"It seems like a solid meta-analysis, and they looked at RCTs in particular, which should be the best-quality evidence," he told CIDRAP News. "I think these studies provide some convincing evidence that there is a real benefit, especially in those who have had a recent MI [myocardial infarction], but how that's occurring, there are a lot of unanswered questions."

He said he found it particularly interesting that when the researchers separately looked at patients with ACS and stable heart disease, it appeared that the benefit occurred mostly in those with ACS. He called the 13% difference in absolute risk for those with ACS good news.

However, Belongia questioned the suggestion that vaccinating just eight people would prevent one cardiovascular event: "That's a little hard to reconcile with what we know about incidence of flu in a given season and efficacy of vaccine. We know from a variety of studies that in a typical season you might get 4 or 5 flu cases per 100 adults. And we know flu vaccine effectiveness is around 50%. In that case you'd expect to prevent about 2 cases of flu per 100 people.

"So if you're only preventing 2 per 100, how is it possible to prevent 1 case of serious cardiovascular complication for every 8 people vaccinated?"

In an accompanying JAMA editorial, Kathleen M. Neuzil, MD, MPH, welcomed the findings but raised questions about the big risk reduction in those with recent cardiovascular events.

Referring to the reported reduction in absolute risk, she wrote, "The estimate of 12.9 major cardiovascular events prevented for every 100 persons vaccinated would require a high attack rate, high vaccine efficacy, and nearly every episode of clinical influenza leading to a major cardiovascular event. This scenario seems unlikely, and suggests possible design flaws and residual bias in at least some" of the studies included in the meta-analysis.

Neuzil, who works with the global health group PATH in Seattle, also pointed out that two of the five trials included in the analysis were randomized but not placebo-controlled and that two of the other three did not actually show that flu vaccine lowered cardiovascular risk.

She comments that the findings suggest that flu vaccine may reduce the risk of cardiovascular events, but they are limited by the quality of the trials and don't explain the mechanism of the apparent effect. But regardless of whether the effect is real, she writes, "the known morbidity of influenza in older adults with and without high-risk conditions and the known efficacy of the vaccine warrant its use."

Belongia said a key drawback of the RCTs was that they didn't assess whether the participants contracted influenza during the follow-up period: "They were followed up for a period of up to a year. It's not clear if the period of benefit [from vaccination] was concordant with the period of influenza infections. So they couldn't tie this benefit to prevention of influenza."

"I'm not doubting that there's a benefit there," he added. "But I think trying to understand what is the mechanism and magnitude of that raises a lot of unanswered questions." He called for another clinical trial that would include assessment of flu cases.

"I think it does merit additional effort and resources to try to really understand what's going on here," he said.