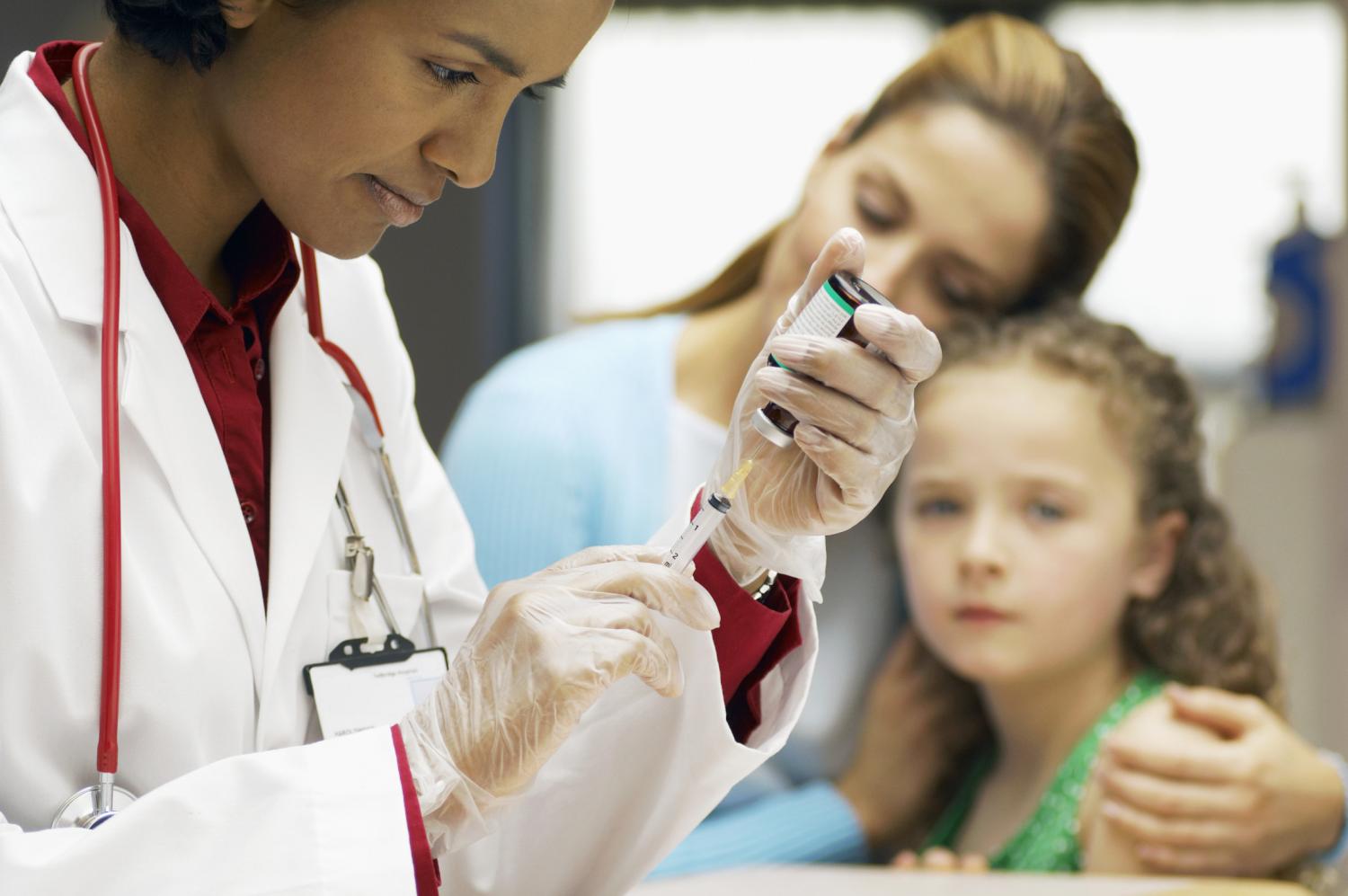 Quadrivalent (four-strain) influenza vaccines will make their US market debut during the upcoming vaccination season, and vaccine makers are reporting good demand for them, spurred in part by a large order from the US Centers for Disease Control and Prevention (CDC).

On the market this year are quadrivalent vaccines made by MedImmune, GlaxoSmithKline (GSK), and Sanofi Pasteur, all of which won approval from the US Food and Drug Administration (FDA) within the past 18 months.

For decades, seasonal flu vaccines have targeted three flu strains—two type A (H1N1 and H3N2) and one type B. In contrast, quadrivalent vaccines include two different B strains, in an effort to ensure that vaccinees will have reasonable protection regardless of which type B lineage turns out to be most common. In recent years it has been difficult to predict which B lineage would predominate in any given winter.

Projections from the six companies that make flu vaccines for the US market suggest that production for this season will total about 135 million to 139 million doses. How many of those will be the quadrivalent form is unclear, but the available information points to somewhere over 25 million.

The CDC has ordered 8.4 million doses of quadrivalent vaccine, along with 9.6 million doses of trivalent vaccines, according to Jeanne Santoli, MD, MPH, head of the agency's Vaccine Supply and Assurance Branch. The vaccines are intended for the Vaccines for Children and Section 317 programs, which provide vaccines mainly for low-income, uninsured, and underinsured children.

One expert with the American Academy of Pediatrics (AAP) commented that the quadrivalent vaccines are more costly than trivalent ones, and he cautioned that it remains to be seen whether they will actually yield better protection than the older versions.

Also new in the US flu vaccine marketplace this year are two cell-based flu vaccines, made by Novartis and Protein Sciences Corp. The vaccines are grown in cell cultures rather than in chicken eggs, the method in use for more than 50 years. Cell-culture technology is regarded as more flexible and a little faster than egg-based production, and it eliminates the risk of egg-related allergic reactions.

The Advisory Committee on Immunization Practices (ACIP), which advises the CDC, included quadrivalent flu vaccines when it voted in February on the flu vaccines recommended for use this year. No preference for use of any one vaccine over another has been stated by the ACIP for groups for which more than one type of vaccine is appropriate and available.

MedImmune makes live attenuated flu vaccines delivered by nasal spray (FluMist). The company's quadrivalent vaccine was approved by the FDA in March 2012 and is being distributed for the first time this season. This year the company is producing only the quadrivalent formulation.

"We are on track to produce 13 to 15 million doses of FluMist Quadrivalent for the upcoming influenza season, 2013-2014, and have the capacity to make more if needed," MedImmune spokeswoman Melissa Garcia told CIDRAP News.

She described the demand for the vaccine as strong, but declined to predict whether the company will sell out of it. The vaccine is approved for ages 2 through 49 years.

MedImmune announced on Jul 26 that it had begun shipping its vaccine to distributors.

GSK won FDA approval for its quadrivalent vaccine, Fluarix Quadrivalent, in December 2012 for use in those 3 years of age and older. The company plans to make 22 million to 24 million doses of vaccine this year, including up to 10 million doses of the four-strain version.

"We pre-booked every dose of Fluarix Quadrivalent that we could manufacture—approximately 10 million doses," Perry said by e-mail. "What surprised us about the demand was that it played out despite our not beginning to take orders until almost February, which is toward the end of booking season.

"We attribute the demand to healthcare providers quickly recognizing the benefit of offering their patients a flu vaccine that includes a second B strain, as well as the quick signal from the ACIP meeting in February that quadrivalent flu vaccine was an appropriate alternative to traditional trivalent flu vaccines.

"CDC, always our single largest flu vaccines customer, placed a major order for Fluarix Quadrivalent, and healthcare providers moved in the same direction. Candidly, GSK originally projected that demand for quadrivalent vaccines would take a few years to build, though the simple logic of quadrivalent flu vaccine has always made sense as we were working to develop it."

The company announced today that it has received approval from the FDA to start shipping Fluarix Quadrivalent to CDC distribution centers and US healthcare providers. The CDC has ordered more than 4 million doses of the vaccine, the announcement said.

Perry reported that there have been no production glitches this year, but the company had to cancel some Fluarix production about a month ago after the CDC asked GSK to produce more Pediarix, a DtaP (diphtheria, tetanus, and acellular pertussis) vaccine to fill a shortfall caused by problems at another manufacturer.

"We anticipate making up that shortfall with Flulaval, which will keep us on pace to hit the 24 million-dose mark," he said.

Sanofi Pasteur, which makes the biggest share of the US flu vaccine supply, won FDA approval for its quadrivalent vaccine, Fluzone Quadrivalent, in June of this year. The vaccine is approved for ages 6 months and up. The company expects to produce a total of more than 60 million doses of flu vaccine this year but has not said what share of that will be the quadrivalent product.

"Given the timing, we are producing a limited quantity of Fluzone Quadrivalent vaccine for the 2013- 2014 season, with a more full-scale launch planned for next season," Sanofi spokeswoman Donna Cary told CIDRAP News this week.

Because there has been strong demand for the new vaccine, the company has put customers who want to order it on a waiting list, Cary said. She explained that the action doesn't mean the company is running out of it.

"The intent is to support broader access to the vaccine for all and to eliminate the possibility of duplicate orders since the vaccine was licensed after the normal reservation time frame," she said. So far, she added, Sanofi has been able to confirm all the wait-listed orders within days and has been able to make more of the vaccine than originally planned.

Sanofi announced the release of its first vaccine lots for this season on Jul 24. Besides the quadrivalent vaccine, the company makes a trivalent version of Fluzone as well as two other flu vaccines: Fluzone High-Dose, intended for those 65 and older, and Fluzone Intradermal, for those from 18 through 64 years of age.

Three other companies are also making flu vaccines for the US market this year: Novartis, bioCSL (formerly CSL Biotherapies), and Protein Sciences Corp.

Novartis makes the trivalent vaccine Fluvirin, for ages 4 and older, and a new cell-based vaccine, Flucelvax, which was approved in November 2012 for ages 18 and older. It was the first flu vaccine grown in mammalian cell culture to be licensed by the FDA.

"Production of Fluvirin and Flucelvax for the 2013-2014 season is on track, and we expect to provide a minimum of 30 million doses to the US market," Liz Power, director of external communications for Novartis Vaccines and Diagnostics, said this week.

Most of the doses made this year will be Fluvirin, with a limited number of Flucelvax doses, Power said. The company expects to start shipping vaccine this month. Plans call for increasing production of Flucelvax next year.

At bioCSL, spokeswoman Sheila Burke said the company expects to bring about 10 million doses of its Australian-made trivalent vaccine, Afluria, into the United States this season, with shipping starting early this month. The vaccine, approved for ages 9 and older, is marketed in partnership with Merck.

Protein Sciences offers still another new flu vaccine, FluBlok, which was approved by the FDA in January of this year. It represents another form of cell-culture technology in that it involves the use of a baculovirus to infect insect cells and cause them to produce the influenza protein hemagglutinin.

The FDA endorsed FluBlok, a trivalent vaccine, for adults ages 18 through 49. At the National Influenza Vaccine Summit in May, Protein Sciences officials reported that they planned to provide about 250,000 doses of the vaccine in September and October. A company official said today that the production projection is unchanged and that distribution of the doses will take place in November at the latest.

Influenza B is regarded as generally causing somewhat less severe illness than influenza A but as tending to hit children harder than adults. Thus, pediatricians might be expected to be interested in buying and administering the quadrivalent vaccines.

But Geoffrey Simon, MD, who chairs the American Academy of Pediatrics (AAP) Committee on Practice and Ambulatory Medicine, said he's not sure that pediatricians will necessarily prefer quadrivalent vaccines over trivalent ones, and he predicted that the higher cost of quadrivalent vaccines may be a problem. Simon is physician in charge at Nemours duPont Pediatrics at Foulk Road in Wilmington, Del.

"I think that if they [quadrivalent vaccines] are available and pediatricians have verified that payment by insurance companies will be appropriate for this new product, they may prefer it," Simon said in an interview by e-mail. He said he hasn't seen any signs that the demand for quadrivalent vaccines is exceeding the supply.

When asked whether pediatricians think it's important for children to receive a quadrivalent vaccine, he said, "I think that the most important thing is for children to receive any influenza vaccine. While in theory the quadrivalent vaccine should offer better protection against one additional strain of influenza B, this is the first time this vaccine will be used in the US for an influenza immunization campaign, so we really don't have data demonstrating superiority over a vaccine that works pretty well, i.e., the trivalent vaccine."

He added that he would be concerned if parents or pediatricians deferred immunization of a child with trivalent vaccine while waiting for the quadrivalent vaccine to become available.

"Most insurance companies update their fee schedules quarterly, but some do less often. If they didn't load the new pricing and codes in by the beginning of [the third quarter] (and Sanofi's quadrivalent vaccine wasn't approved by the FDA until mid June), patients receiving quadrivalent influenza vaccine in August or September may not have their immunization covered," he said. "It would be a shame if pediatricians pay more for the vaccine and get paid less than what it cost to purchase."

The AAP will soon be issuing its annual guidance on seasonal flu vaccination, Simon said. "What CDC has said, and AAP will agree with, is that either trivalent or quadrivalent influenza vaccine is appropriate to use and there is no evidence that one is superior to the other at this time," he added.

Kris Ehresmann, RN, MPH, director for infectious diseases at the Minnesota Department of Health (MDH) in St. Paul, said the department is taking a low-key approach to the availability of quadrivalent vaccines.

Public health agencies in the Twin Cities area have told the MDH that they're not planning to order quadrivalent vaccines for their public clinics, she reported.

"We haven't been hearing anything about supply and demand. But the general feeling among our staff is that the [flu vaccine] supply will be mainly trivalent, so the main thing is to get vaccinated," Ehresmann said. With multiple vaccines available, she added, providers need to make sure that patients receive a vaccine that's appropriate for them.

"The quadrivalent vaccine has the same limitations in terms of efficacy as other [flu] vaccines," she said. "People don't need to think that if they don't use the quadrivalent vaccine, somehow they're shortchanged." She alluded to the general weight of evidence that inactivated flu vaccines are roughly 60% effective in working-age adults.

"It's important that people are aware that this quadrivalent vaccine doesn't come with an efficacy of 95%. That's an important message," she said.