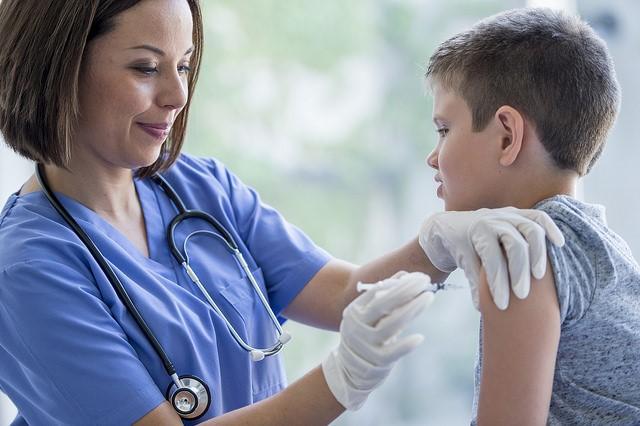 Though the US Centers for Disease Control and Prevention recommends administration of the flu vaccine by the end of October, a new study published in Clinical Infectious Diseases suggests that vaccine effectiveness may begin dropping within weeks of administration, adding more evidence of waning protection over the course of a single flu season.

Researchers from Kaiser Permanente Northern California showed that the risk of contracting the flu climbs about 16% for every 28 days after vaccination. That means many people could be less protected during the height of flu season if they get vaccinated at the beginning of September.

The study took place over several flu seasons, from Sep 1, 2010, through Mar 31, 2017, and included participants who were vaccinated with the inactivated influenza vaccine (flu shot) and subsequently tested for influenza and respiratory syncytial virus (RSV), used as a negative control outcome, by a polymerase-chain reaction test.

Instead of a more traditional, "case-positive, control-negative" model, this study was designed to determine if the risk of testing positive for influenza, compared to testing negative, increased with time since vaccination.

The study used the electronic medical records of 44,959 patients who tested positive for influenza within the Kaiser Permanente Northern California health care system.

No evidence of waning was found for RSV.

Most of the waning was associated with influenza A protection, the authors said, as that virus strain represented 80% of the confirmed cases included in this study.

The authors also included a model that looks at moving flu vaccination to late November, but they wrote, "Although our results suggest that some number of influenza cases may be averted by delaying vaccination, any changes in recommendations regarding the timing of vaccination should be approached with caution."

Other recent studies from the United States, Spain, and the United Kingdom have also shown waning interseasonal flu vaccine effectiveness, but experts warn that changing the timing recommendation is a complicated endeavor.

"My informal sense of the literature [is] that the suggestion is strong enough that if people could reliably get vaccinated the week or two before the flu season starts, they'd be better protected," Marc Lipsitch, PhD, a professor of epidemiology at Harvard University, told CIDRAP News. Lipsitch also penned a commentary on this study. "The more complicated thing is the trade-off between putting it off and not doing it at all," he said.

Lipsitch said the public health risk of people failing to get vaccinated in the course of the year may be too great. In his commentary, he said a multitude of variables including, antigenic drift, and circulating strains, make studying vaccine timing a particularly challenging prospect.