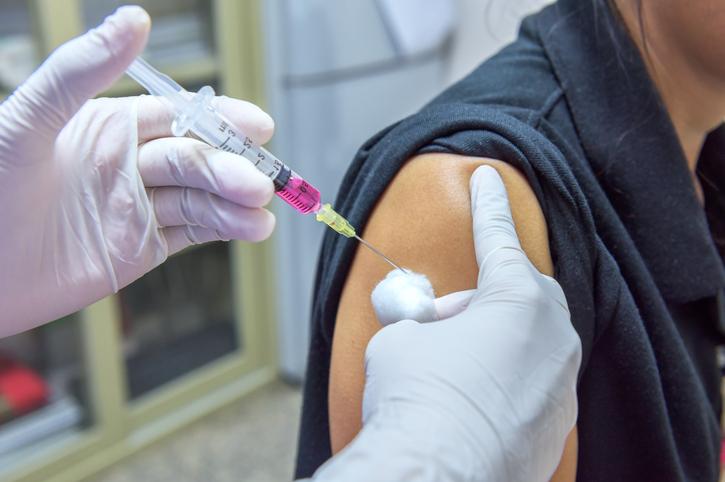 A study published today in Vaccine suggests a strong association between receiving repeated doses of the seasonal influenza vaccine and miscarriage.

The authors said the study is an unexpected signal that calls for deeper investigation and highlights the challenges of monitoring the safety of annual vaccines.

"We are not saying this is a causal relationship," said James Donahue, DVM, PhD, MPH, a senior epidemiologist at the Marshfield Clinic in Wisconsin and the lead author of the study, meaning the data don't necessarily show that the flu vaccine causes miscarriages. "There's no biological basis for this phenomenon, so the study represents something that wasn't expected."

In the case-control study conducted over two flu seasons (2010 to 2012), 485 women who experienced spontaneous abortion, or miscarriage, were matched with those who delivered full-term live or stillbirths. Donahue and fellow researchers were determining if spontaneous abortions were more likely to occur if a woman received the flu vaccine in the 28 days prior to the miscarriage.

The study was funded by the Centers for Disease Control and Prevention (CDC).

The investigators found no association between miscarriage and flu vaccine if a woman had not received a vaccine in the previous year, but in women who had consecutively gotten a flu vaccine containing the 2009 H1N1 virus, the researchers found an adjusted odds ratio (aOR) of 7.7, while women not vaccinated in the previous season had aOR of 1.3. This heightened association was seen in both seasons studied.

The overall aOR in the 28-day window was 2.0, or double the risk, but those findings, in contrast to the H1N1 subset, were not statistically significant. There was no association seen in any other exposure window.

"In a previous study conducted on flu vaccine and miscarriage, we did not see a risk," said Donahue, referring to research conducted from 2005 to 2007. That study was conducted after the CDC made the recommendation 2004 that all pregnant woman in all trimesters get the seasonal flu shot. The CDC requested a follow-up study after the 2009 H1N1 pandemic.

"We can speculate that what we see here is vaccination with H1N1pdm09 for the first time is like getting primed, then boosted," said Donahue. "But now H1N1 is just a circulating seasonal virus; most children and young adults have been exposed by infection or vaccination." In other words, there may have been a real effect in the seasons immediately following the 2009 pandemic, but further study will fail to show this association.

Donahue and his colleagues are working on a follow-up study that looks at more recent flu seasons and triples the number of cases.

Lone Simonsen, PhD, a research professor of global health at George Washington University, said the timing of the study interests her. She has conducted her own research showing that in 1918, when the world saw another H1N1 pandemic that was more severe than in 2009, as many as 1 in 10 women miscarried.

"In this case getting the flu vaccine can be like being introduced to a virus that was evolutionarily quite similar to the virus from 1918," she told CIDRAP News.

But she also said the new study included only women with documented miscarriage. "Who are the women that document a miscarriage at 5 weeks?" asked Simonsen. "Probably someone who is also likely to get a flu shot." If true, that would skew the numbers toward an association.

In an accompanying commentary in the same journal, three US experts not involved in the study said miscarriage is one of the most difficult birth outcomes to study in observational research.

"Among other factors, the high proportion of [spontaneous] abortions [SAbs] that take place in clinically-unrecognized pregnancies and the lack of consistency in accurate capture of these events in medical records when SAbs do occur, make such research difficult to carry out," they write.

After pointing out what they see as limitations of the study, such as possible unmeasured confounding (as illustrated by Simonsen's question) and the implausibility of the prime-boost hypothesis, the experts write, "One important take-away message from this study is that seasonal vaccine formulations are not all the same.

"As with other studies of drug safety in pregnancy, specific drugs require targeted post-marketing surveillance studies to monitor for safety, and the challenges are even greater for influenza vaccines, whose antigens and other components typically change each year."

The experts are Christina D. Chambers, PhD, MPH, and Ronghui Xu, PhD, at the University of California, San Diego, and Allen A. Mitchell, MD, with the Slone Epidemiology Center at Boston University.

No change to recommendations

Both Donahue and Edward Belongia, MD, the director of the Center for Clinical Epidemiology & Population Health at the Marshfield Clinic and a study coauthor, said this study in no way suggests reversing or revising the CDC's recommendations pertaining to pregnant women and flu shots.

"It's very well known that getting the flu is bad for pregnant woman and bad for the baby, and we have a vast amount of safety data on the vaccine," said Belongia.