Study: Vaccine halves risk of death from flu in kids 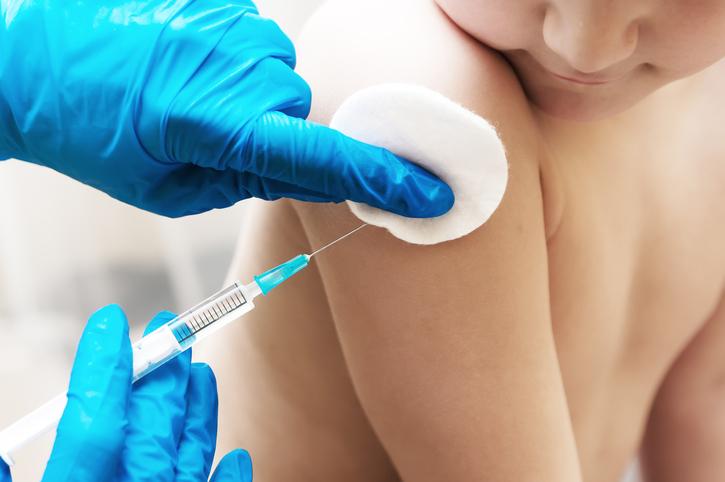 A study yesterday in the journal Pediatrics demonstrates for the first time that flu vaccines help prevent deaths in children with lab-confirmed influenza infection. The results come from data collected over a period of 4 years by researchers at the US Centers for Disease Control and Prevention (CDC).

"This is a novel study that shows that for both kids who are high-risk for flu complications and children with an average risk, the flu vaccine prevents death from influenza," said Brendan Flannery, PhD, lead author and epidemiologist in the Influenza Division at the CDC, in an interview. "That's very important information to have, especially for families of high-risk kids."

According to the study, influenza vaccine effectiveness was 65% (95% confidence interval, 54% to 74%) against laboratory-confirmed influenza-associated deaths among healthy children, and  vaccination reduced the risk of flu-associated death by half (51%) among children with underlying high-risk medical conditions.

Flannery was the lead author on the case-cohort study, which compared vaccination uptake among laboratory-confirmed influenza-associated pediatric deaths with vaccination coverage among US pediatric patients for flu seasons from 2010 to 2014.

Seasons varied from mild to severe

"The 4 years we have data for are good samples," said Flannery. "There's a season with mild flu [2011-12], seasons with more severe flu, and seasons where either H1N1 or H3N2 dominated. The vaccine was effective at preventing deaths in all of those seasons."

Pediatric influenza-associated deaths vary year to year in the United States, from 37 in the 2011–12 season to 358 during the 2009 pandemic. So far this year, there have been 61 pediatric deaths from influenza.

Vaccination status was known for 291 pediatric deaths covered in the study, and control data were collected from two national surveys and a database of commercial insurance claims.

Mike Jackson, PhD, MPH, a scientific investigator at Kaiser's Group Health Research Institute who was not involved in the study, said the findings add to the literature of flu vaccine effectiveness.

"This study is a first step that looks at lab-confirmed flu deaths and how well the vaccine prevents those," said Jackson. "The estimates are in the ballpark of what we've seen in hospitalizations and out-patient clinics."

But both Jackson and Flannery said there were still questions as to how helpful the flu vaccine was in protecting children from death and severe illness.

"We still can't say if the vaccine prevents a more severe influenza among children [if they get the flu despite being vaccinated]," said Flannery. "But this study shows us clearly that more vaccine coverage would mean fewer pediatric deaths."