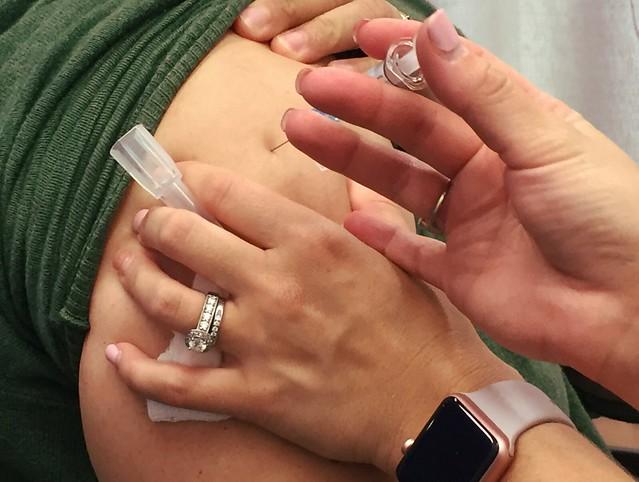 In the executive order, President Trump emphasized that each year, flu vaccines prevent millions of illnesses and thousands of deaths. It also acknowledged that a deadly flu pandemic could inflict trillions of dollars of damage on the economy.

"Unfortunately, many of the vaccines we use today are produced overseas, using time-consuming, egg-based technology, which limits their effectiveness and makes production too slow to effectively combat a potential deadly influenza pandemic," the White House said in a statement.

In a related fact sheet, Trump said, "We want a safe and healthy future for every American family."

Improving flu vaccines and developing universal formulations was part of proposed Senate bill last year that would have invested $1 billion in research over the next 5 years.

For example, earlier this year, World Health Organization (WHO) vaccine advisors delayed their recommendation for the H3N2 vaccine strain by a month, due to rising numbers of genetically and antigenically diverse viruses. In doing so, it warned that the move could delay flu vaccine production by 2 to 4 weeks.

A more closely matched vaccine is an important part of making the vaccines more effective. Flu vaccines are known to provide moderate protection, at about 54%, though effectiveness varies by year, with performance especially uneven against H3N2 viruses.

Also, the Trump Administration said it will advance the development of new more effective vaccines.

In 2012, a group led by the Center for Infectious Disease Research and Policy (CIDRAP), which publishes CIDRAP News, led a group that published an in-depth analysis of problems with current flu vaccines and steps needed to develop a game-changing flu vaccine with the potential to blunt the impact of a future pandemic.

In a separate statement yesterday, HHS Secretary Alex Azar said that under the order, HHS will lead the coordination of efforts to modernize flu vaccine production.

"President Trump’s executive order to modernize influenza vaccine manufacturing reflects his commitment both to America’s national security and to America's health," he said.

Tom Inglesby, MD, director of the Johns Hopkins Center for Health Security, on Twitter today said the executive order was good and strong, requiring a new plan for faster manufacturing, improving public understanding about flu and promoting better coverage, government study of vaccine effectiveness and costs, and a lot more.