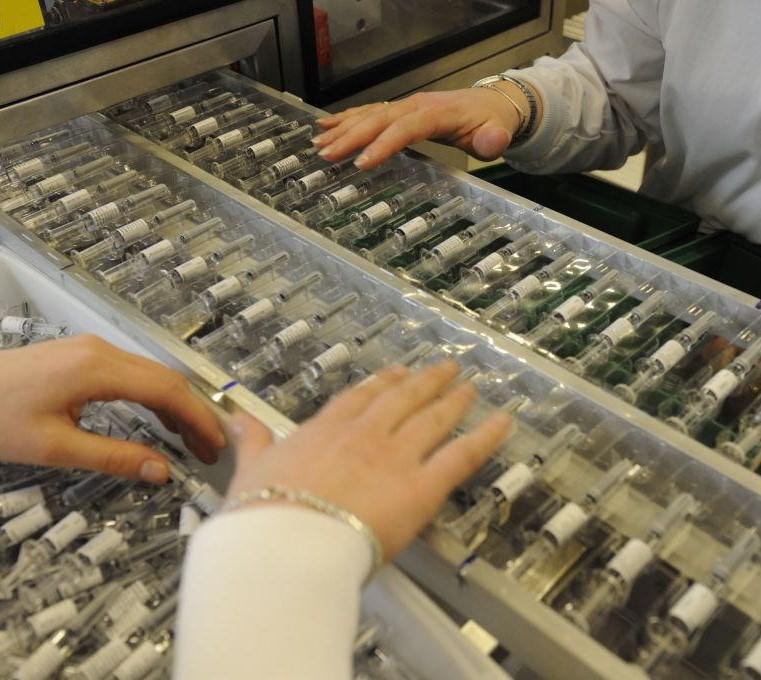 Following a meeting in Geneva this week, the World Health Organization's (WHO's) flu vaccine advisory group today recommended changing two of the four components for quadrivalent vaccines to be produced for the Northern Hemisphere 2018-19 flu season.

The group recommended a new influenza A H3N2 vaccine strain and switched the influenza B Victoria lineage component from a B/Brisbane/60/2008-like virus to a B/Colorado/06/2017-like virus.

Also, in reviewing the latest genetic information on the most recently identified zoonotic flu viruses, the experts recommended having on hand one new H5N6 avian flu candidate vaccine virus for pandemic preparedness purposes.

The new H3N2 vaccine strain, known as A/Singapore/INFIMH-16-0019/2016, reflects the same change the WHO vaccine advisors made in September for the Southern Hemisphere's 2018 flu season.

According to today's report, most recent H3N2 viruses from outbreaks are antigenically similar to cell-culture propagated vaccine viruses that are in the current Northern Hemisphere vaccine and Southern Hemisphere vaccine for 2018. However, they reacted poorly with egg-propagated clade 3C.2a viruses, and somewhat better to A/Singapore/INFIMH-16-0019/2016-like virus, the new H3N2 component.

The WHO recommends the following for the Northern Hemisphere's quadrivalent (four-strain) vaccines:

For trivalent (three-strain) vaccine formulations, the group recommended including the Victoria lineage influenza B vaccine strain.

H3N2 has been the dominant strain in the Northern Hemisphere over the past several months, but circulation has varied widely by country and region. In its most recent global flu update, the WHO said the proportion of H1N1 detections now account for nearly half of subtyped influenza A viruses and influenza B accounts for nearly 45% of specimens.

The switch to a different H3N2 strain is a closely watched development, given problems with poor vaccine effectiveness that have partly been linked to egg-adaptations in the vaccine strain used to make egg-based vaccines.

Scott Hensley, PhD, associate professor of microbiology at the University of Pennsylvania's Perelman School of Medicine, said unfortunately, the egg-adapted H3N2 strain problem will persist next year, because the new egg-grown H3N2 vaccine virus has the same critical T160K egg mutation that is in this season's vaccine strain.

"The only solution is not to use eggs for H3N2 vaccine production," he said today in a Twitter post following the release of the newly recommended vaccine strains. Hensley was part of a research team that in November described the mutation in the egg-based vaccine strain, which lacks a key glycosylation site on the hemagglutinin protein (the "H" in H3N2).

"What we really need is a large-scale effectiveness study that compares egg-based and cell-based vaccines," Hensley told CIDRAP News, adding that the US Food and Drug Administration in an announcement last week signaled that a study like that has been done, and scientists are eager to hear the results.

Until experts solve the H3N2 problems, he said protection from egg-based vaccine is better than nothing and that vaccine effectiveness with egg-based H3N2 strains this season was moderately high in the very young.

Alongside recommending strains for upcoming flu seasons, WHO flu vaccine advisors also routinely look at zoonotic strains to see if any new candidate vaccine viruses are needed for pandemic preparedness.

They recommended only one new one, against an H5N6 avian influenza virus detected in China in 2017.

The patient had recently slaughtered chickens, and low-pathogenic H7N4 was detected in chickens and ducks at the location.

According to the analysis of the virus from clinical material, all segments of the human virus were from wild-bird avian flu viruses. Though scientists didn't find any mutations associated with antiviral resistance, they did observe that the PB2 segment carried a 627K mutation linked to mammalian adaptation. Also, the report said the virus has not been isolated from the infected patient.