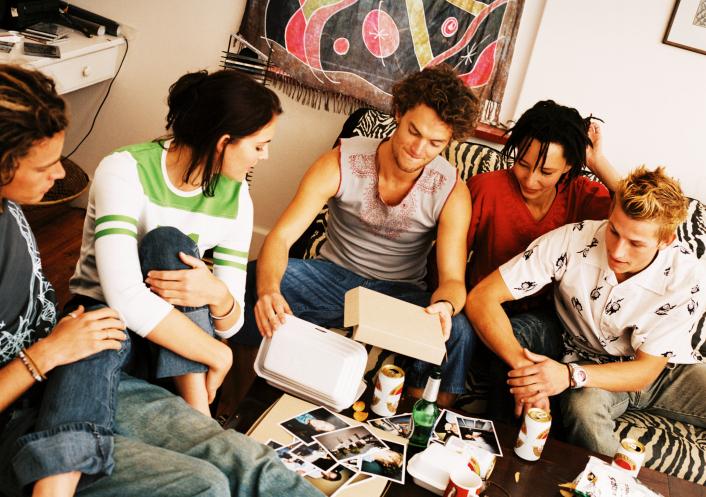 Meningococcal disease outbreaks at two US colleges involving a strain not covered by the current vaccine prompted an alert today from Centers for Disease Control and Prevention (CDC), urging providers to watch for cases in students who return home for upcoming holiday breaks.

The CDC also said it hoped that the alert would catch students' attention and raise awareness about good hygiene and steps they can take to prevent the spread of the disease, such as avoiding sharing cups.

So far infections have been confirmed in seven students at Princeton University and three students at the University of California at Santa Barbara (UCSB). At a media briefing today, Amanda C. Cohn, MD, a medical officer with the CDC, said though both outbreaks involved Neisseria meningitidis serogroup B, they are unrelated, and tests show the organisms fueling the two outbreaks have different genetic fingerprints.

She said, however, that having two outbreaks at the same time on two different coasts is unusual.

Cohn said the CDC hasn't seen an unusual uptick in serogroup B cases, which make up about a third of fewer than 1,000 meningococcal infections reported in the United States each year. She said the outbreaks on the two campuses don't pose a threat to neighboring communities, and the CDC isn't recommending that students alter their travel plans or that the public limit its contact with students from the two campuses.

Most colleges require college students to be immunized against meningococcal disease, which is spread by respiratory secretions during close or lengthy contact, especially in settings such as dormitories, sports teams that travel together, or households.

Widespread use of the vaccine starting in the late 1990s led to a steep drop in the number of US cases. The B strain implicated in the Princeton and UCSB outbreaks, however, isn't included in US vaccines, which cover serogroups A,C, Y, and W-135.

Earlier this month the Princeton outbreak prompted the Food and Drug Administration (FDA) to approve the import of a meningococcal vaccine approved in Europe and Australia that covers serogroup B, which could be used on the campus to control the outbreak, pending approval from the CDC. The FDA is allowing use of the vaccine under an Investigational New Drug application.

Sporadic meningococcal infections aren't unusual on residential campuses, but the initial symptoms can resemble influenza and can be difficult to diagnose, Cohn said. The main symptoms are rapid onset of high fever, headache, and stiff neck. "Early recognition is key," she said.

The disease, which has an incubation of 1 to 7 days, can progress to a potentially fatal septicemic form that can cause bleeding into the skin and organs. About 10% of people carry the bacteria without getting sick, and infections can occur sporadically, without links to other cases.

Meningitis cases at Princeton began in March, and the situation was first considered an outbreak in May when four cases had been detected, according to background information from the New Jersey Department of Health (NJDOH).

Outbreak patients include four male students, a visitor to campus, and two female students. Five students have recovered, and one was recently discharged from the hospital and is recovering. The campus visitor's illness is being monitored in another state.

Princeton officials said on Nov 22 that an eighth student, a woman who became ill on Nov 20 and is hospitalized has been diagnosed as having meningitis. Tests are under way to determine if her infection is related to the seven other cases.

The first of three confirmed case-patients in the UCSB outbreak got sick on Nov 11, according to a statement from the Santa Barbara County Public Health Department (SBCPHD). Two of the students are men and one is a woman. The department said it is conducting tests on other possible cases and that all of the patients are receiving medical care and treatment.

The health department said it, UCSB, the California Department of Public Health, and the CDC have had preliminary discussions about the imported vaccine. In an earlier statement SBCPHD officials said they were identifying people who had close contact with the sick students and recommending they take prophylactic antibiotics.

Meanwhile, the CDC said because the Princeton cases spanned two school years, more cases are expected, and vaccination may be an option for controlling the outbreak, especially since other measures such as behavioral precautions don't appear to have curbed disease spread.

Pending final approval, the vaccine would be recommended for Princeton's undergraduates, graduate students who live in dormitories, and others associated with the university who have certain medical conditions, such as spleen problems or complement pathway immune deficiency.

The CDC said expanding access for an investigational vaccine requires careful review and a system for the vaccine to be safely administered in a timely manner with appropriate controls in place for safety follow-up. "All involved anticipate that the campaign can begin once all approvals are gained and the vaccine is on hand," the agency said in a question-and-answer document.

Princeton University would cover the cost of the vaccine for eligible groups, according to the CDC.

Cohn said the CDC's vaccine approval process is complex, but she projected that vaccination could begin after Thanksgiving when all the logistics are in place.

Study highlights higher risk of meningitis B in college students

Physician knowledge gaps may limit use of MenB vaccine