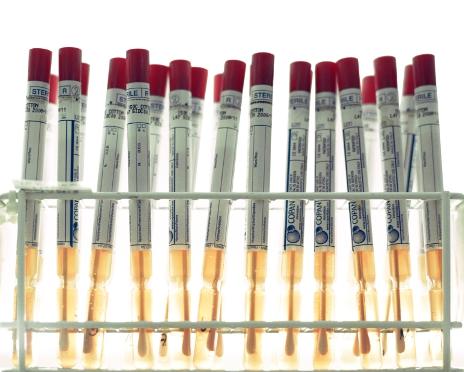 Saudi Arabia's health ministry today announced six new MERS-CoV cases in three different parts of the country, with half in Riyadh, lifting the country's total since the virus was first detected past the 1,200 mark.

The spurt of new cases comes just a few weeks from the Sep 22 start of the Hajj pilgrimage in Saudi Arabia, a worry aired by the World Health Organization (WHO) in its emergency committee's latest threat assessment yesterday. The nearly week-long event is expected to draw about 2 million people from all over the world.

The WHO said outbreak activity so close to the Hajj raises the threat of pilgrims bringing the virus back to their home countries, some of which have weak surveillance and health systems. "The recent outbreak in the Republic of Korea demonstrated that when the MERS virus appears in a new setting, there is great potential for widespread transmission and severe disruption to the health system and to society," it said in a statement.

So far no Hajj-linked MERS-CoV (Middle East respiratory syndrome coronavirus) cases have been detected since the disease emerged in humans in 2012.

Two of Riyadh's three new MERS-CoV cases are probably related to a large hospital outbreak at the city's King Abdulaziz Medical City. One patient is a healthcare worker, a 24-year-old foreign woman, who had contact with a suspected or confirmed case and is hospitalized in stable condition. The other is a 76-year-old Saudi man in critical condition whose contact with other MERS patients is under review.

Riyadh's third new case involves a 74-year-old Saudi man hospitalized in critical condition who didn't have any known contact with an earlier case.

Neither Saudi or hospital health officials have said how many cases are linked to the large hospital outbreak, and at least six are thought to be linked to another hospital that has reportedly contained its outbreak. MOH statements, however, suggest about 143 symptomatic cases have been reported in the city since Jul 21.

Meanwhile, the Ministry of Health (MOH) reported cases in two other Saudi cities. They include the second case in as many days from Al-Kharj, a city 62 miles southeast of Riyadh, and two cases in Al-Namas, in the southwest about 570 miles from the capital.

The patient from Al-Kharj is a 45-year-old Saudi man who is hospitalized in stable condition. An investigation into the source of his illness found no contact with an earlier case.

The new confirmed cases in Al-Namas, however, both involve contact with an earlier suspected or confirmed MERS case, though no infections have recently been reported in the city. The patients are a 60-year-old Saudi woman and a 65-year-old Saudi man. Both are hospitalized in stable condition.

One more previously reported patient died from the disease, a 77-year-old Saudi woman from Riyadh who had underlying medical conditions.

Sixty-five people are still being treated for MERS-CoV, and 13 people are in home isolation. The latest developments boost the country's total to 1,205 illnesses, including 513 deaths.

In related news, Saudi Arabian health officials announced a plan to compensate all families of people who die from MERS-CoV in the country, Arab News reported today. At a media briefing to unveil the plan, ministry officials said a royal decree has been issued to pay the compensation, which amounts to $133,300 per family.

The ministry said it has a list of all who have died from the disease and is working out the payment details with the finance ministry, according to the report.

Families of people from other countries who are sickened by MERS-CoV in Saudi Arabia and die from their infections will also receive the compensation. Foreign healthcare workers have been hard-hit during the outbreak.