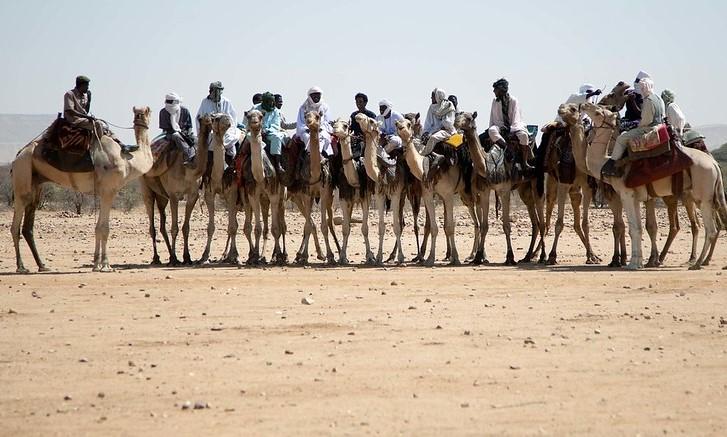 Since first being reported in 2012, the Middle East respiratory syndrome coronavirus (MERS-CoV) has remained largely prevalent in the Arabian Peninsula, with 84.3% of the 2,494 cases—and 90.9% of its 858 deaths—in Saudi Arabia as of November 2019.

A study published in The Lancet Infectious Diseases yesterday, however, proposes that human infections are underestimated in Africa because of ineffective testing. This finding highlights an anomaly: More than 70% of the primary MERS-CoV carriers, dromedary camels, reside on the continent, yet human cases are rarely reported there.

In an observational cohort study at an abattoir (slaughterhouse) in Kano, Nigeria, researchers found that 30% of their study population who were in close contact with dromedaries had peripheral blood mononuclear cell (PBMC) test results that showed MERS-CoV-specific CD4+ and CD8+ T-cell responses. These same participants had negative results on their serologic tests, the method most used to detect MERS-CoV in humans.

A T cell is a type of lymphocyte (white blood cell found in the lymphatic system) that plays a central role in the body's immune response to a pathogen such as MERS-CoV. Serologic tests measure the amount of antibodies or proteins present in the blood. So both PBMC and serologic tests can indicate a previous infection, but previous studies have shown PBMC might be more sensitive.

Both tests were conducted from Mar 13 through 26, 2018, on 61 workers who were in close contact with dromedaries, 20 who worked at the abattoir but not with camels, 10 non-abattoir workers in the city, and—from May 10-Aug 31, 2018—on 24 additional control participants from Guangzhou, China.

The researchers found that 18 (30%) of the 61 abattoir workers with exposure to camels tested positive via PBMC, but none of the others did.

They also noted that 48 (79%) of the abattoir dromedary workers also drank camel milk or urine, which had a significant negative association with T-cell positivity. The investigators said this finding was surprising, but because of the small sample size they could not tease out the reasons for it. Some believe camel milk and urine to have medicinal properties.

In a Lancet commentary, Stanley Perlman, MD, PhD, of the University of Iowa, and Alimuddin Zumla, MBChB, PhD, of University College London, not only advocate for better surveillance and MERS-CoV control in Africa, but they consider how it could relate to the current pandemic.

The experts, who were not involved in the study, also note, "Zoonotic [animal-origin] MERS-CoV infections of dromedary-exposed individuals are probably taking place in Nigeria, and, by extrapolation, the incidence of human MERS infections in all regions of Africa with dromedaries has probably been underestimated."