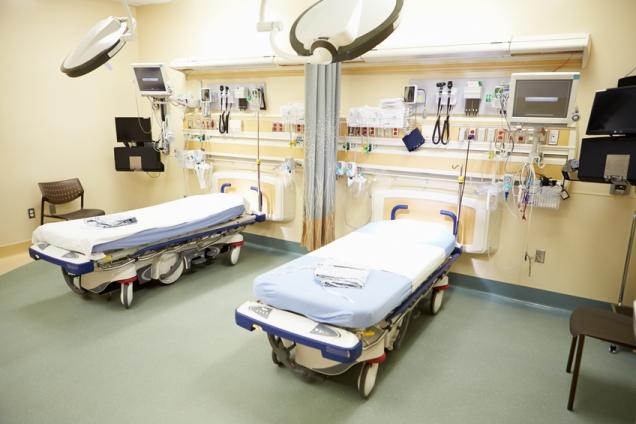 In findings that could help other hospitals prevent or contain MERS-CoV transmission, South Korean researchers who did an in-depth analysis of a super-spreader event at Samsung Medical Center's crowded emergency department—part of a large South Korean outbreak in 2015—found that the highest risk was to nearby patients.

In other MERS-CoV (Middle East respiratory syndrome coronavirus) developments, Saudi Arabia's Ministry of Health (MOH) over the past 3 days reported one more case and a death in a previously announced patient.

ED stay led to 82 other infections

The South Korean outbreak began in May 2015, triggered by MERS-CoV in a 68-year-old man who had traveled to Saudi Arabia. The outbreak involved 186 people over 3 months. Last fall, South Korean researchers identified five people as super-spreaders, those who disproportionately infected more secondary contacts.

In the new report, researchers conducted a detailed analysis of the largest of South Korea's super-spreader clusters, one triggered by a 35-year-old man who has been referred to in epidemiologic reports as "patient 14," who had shared a hospital ward with the index patient at a different hospital. The report, published Jul 8 in The Lancet, linked the younger man's illness to 82 people who were in the emergency department (ED) over a 3-day period from May 27 to May 29. They included patients, visitors, and healthcare workers.

To identify all of patient 14's exposures, researchers traced patient movements, including with closed-circuit security video footage and electronic medical records. They estimated that 1,576 people were exposed to the man in the ED. Of those who got sick with MERS-CoV, 33 were patients, 8 were healthcare workers, and 41 were visitors.

For healthcare workers, the risk of infection was 6%, and for visitors the level was 2%, according to the report. No infections were linked to patient 14 in the ED after he was isolated, showing low risk from the potentially contaminated environment.

For comparison, the authors looked at transmission linked to the index patient, who had been in Samsung Medical Center's ED earlier. Though he had previously infected 28 patients at another hospital before transferring to Samsung, no further transmission occurred at Samsung, despite the man being in contact with 285 other patients and 193 healthcare workers.

They said transmissibility differences can stem from a number of factors, such as time from disease onset, symptoms, duration of contact, movement patterns, and spread of the virus itself.

The group said their MERS study is the first to break down the risk by patient proximity and that the findings show the threat from a single infected patient in a crowded ED. In a Lancet press release, they said, "Overcrowding is an important issue for this outbreak but also a common feature of modern medicine, which should be of concern to governments and healthcare providers in the context of future possible outbreaks."

Other factors played a role

In a related commentary in the same Lancet issue, David Hui, MBBS, MD, an infectious disease expert at the Chinese University of Hong Kong, said the data from the study suggest that location and timing of exposure to patient 14 was an important factor in determining the attack rate and incubation period.

He wrote that several other factors played a role in the super-spreading event, including failure to implement strict patient isolation and quarantine of contacts at the first hospital, poor communication about and knowledge of patient movements between the two hospitals, ED overcrowding, inadequate ventilation, and a limited supply of ED isolation rooms.

After going the weekend with no new cases, Saudi Arabia's MOH today announced one new infection, involving a 44-year-old foreign man from Najran, located in the southern part of the country. The man isn't a healthcare worker and had primary exposure to the virus, meaning he wasn't known to be exposed by another patient.

He has symptoms and is hospitalized in stable condition, according to the MOH.

Yesterday the MOH reported a MERS-related death in a previously announced patient, an 80-year-old Saudi woman from Jeddah. It said she had underlying health conditions.

The developments push Saudi Arabia's total from the disease to 1,428 illnesses and 602 deaths. Twelve people are still being treated.