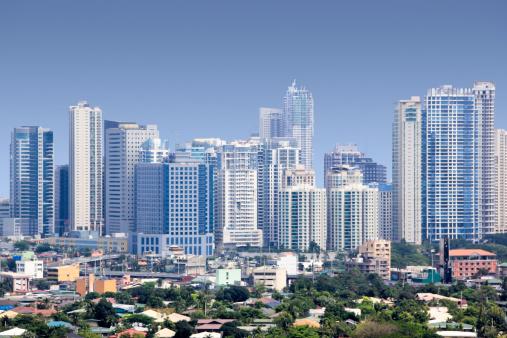 At least 1 million Filipinos are working in Saudi Arabia, a Philippines-based news outlet said. (Photo is of the Manila skyline.), iStockphoto

Officials in the Philippines announced today that a 41-year-old Filipino nurse who was working in Saudi Arabia recently died of Middle East respiratory syndrome coronavirus (MERS-CoV) illness and that a second Filipina there is infected but recovering, according to media reports.

The deceased woman fell ill in mid-August and died Aug 29 at a hospital in Riyadh, according to Raul Hernandez, a spokesman for the Philippine Department of Foreign Affairs, as reported today by GMA News, based in Quezon City, Philippines.

Hernandez said the second woman was brought to the same hospital for dialysis, was infected while there, and is recovering there. The story did not disclose the name of either patient or the age or occupation of the second woman.

The 41-year-old is the first Filipino to die of MERS, the story said. The report also appears to mark the first clear confirmation of MERS-CoV in a foreign guest worker in Saudi Arabia. The country's Ministry of Health (MOH) has referred to a number of previous case-patients as "residents" rather than "citizens," but it has not listed their home countries.

In May a World Health Organization expert, Anthony Mounts, MD, voiced concern that guest workers from countries such as India and the Philippines could contract MERS-CoV in Saudi Arabia and bring it home. He worried that that step could spread the virus to a country where disease surveillance is not very strong.

The media information about the Filipino nurse appears to match up with a Sep 5 statement from the Saudi MOH, which reported the death of a "41-year-old female resident working in the health sector in Riyadh." The statement gave no other details about her.

According to the GMA story, an official at the Riyadh hospital said the nurse complained of fever and coughing in mid August, was put on a ventilator on Aug 22, and was transferred to the hospital's intensive care unit 2 days later. The official said the woman had vacationed in the United States in mid July.

The story said at least 1 million Filipino workers are living in Saudi Arabia.