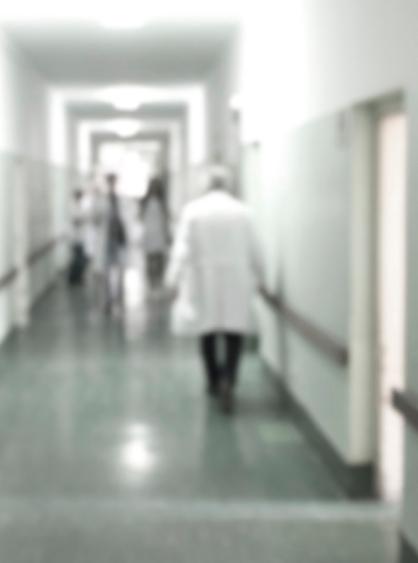 Today Saudi Arabia confirmed a new MERS-CoV case in a healthcare worker (HCW) in Al-Kharj who had contact with a MERS patient, and scientists noted that a 130-case MERS outbreak last summer at a large Riyadh medical center was likely related to emergency department overcrowding, uncontrolled patient movement, and high visitor traffic.

In other MERS-CoV (Middle East respiratory syndrome coronavirus) developments, Samsung announced it will contribute $33 million to help research the virus.

The new case involves a 28-year-old female non-national HCW who is not having symptoms, according to the Saudi Ministry of Health (MOH). She had contact with another MERS patient, but the MOH did not specify whether it was hospital-related.

Five MERS-CoV cases have now been confirmed in Al-Kharj this week, with another one reported in late January. Three of the five cases this week have proved fatal, with the two most recent deaths occurring in elderly men.

The new case brings the country's overall MERS total to 1,297 infections, including 554 deaths, the MOH noted. The agency also reported that an 85-year-old man with preexisting disease in Almuthnab has recovered from his infection.

In the report on a hospital-based Riyadh outbreak in June through August of 2015, local scientists detailed findings from 130 patients. Their analysis was published today in Morbidity and Mortality Weekly Report (MMWR).

The investigators described the index case-patient, a 67-year old man who sought care in late June at King Abdulaziz Medical City and died in the hospital a month later. The facility is a 1,200-bed tertiary-care hospital that includes a 150-bed emergency department (ED) that logs 250,000 visits a year.

About 3 weeks after the index case-patient was admitted, a 56-year-old man with diabetes and heart disease tested positive for MERS-CoV. Three additional cases were linked to this second patient, including two HCWs in the ED. The hospital's infection control unit then conducted an outbreak investigation to determine risk factors and implement control measures.

By the time the outbreak concluded, 130 cases were detected, of which 81 were lab-confirmed and 49 were listed as probable, including 43 in HCWs (20 in the ED). Without specifying a number, the authors said most cases were linked to the ED. Twenty-one of the cases (16%) were asymptomatic, including 18 in HCWs.

The hospital activated a preexisting Infectious Disease Epidemic Plan on Aug 2, and on Aug 18 the plan was escalated to its highest level, which included ED closure, postponement of elective surgeries, and suspension of all outpatient visits. The ED was completely evacuated by Aug 22, with a rapid decline in new cases noted afterward.

The last outbreak patient had symptom onset on Aug 22, and the outbreak was declared over on Sep 28 after two 14-day incubation periods had elapsed.

The authors concluded, "This large MERS outbreak in a major tertiary-care hospital in Riyadh was thought to be related to emergency department overcrowding, uncontrolled patient movement, and high visitor traffic. The outbreak required institution of multiple measures to interrupt transmission, including almost complete shutdown of the hospital."

In related news, South Korean company Samsung said it will donate $33.4 million over the next 5 years to fund MERS-CoV research, according to ZDNet, a business technology news site.

The Samsung Foundation has already donated $1.1 million to the International Institute, the story said. Last year the disease sickened at least 186 people in South Korea and killed 38. Samsung Electronics Vice Chairman Lee Jae-yong made a public apology in June, promising to fund research into finding a MERS-CoV vaccine and cure.