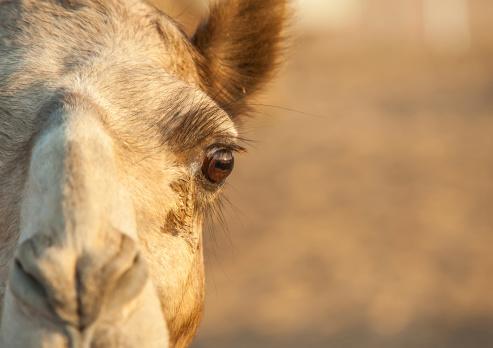 The WHO reported a 3-person family cluster, including a 76-year-old who owns a camel farm and frequently drinks unpasteurized camel milk., Mariia Savoskula / iStock

The winter pace of new MERS cases quickened yesterday and today with reports of a dozen more across Saudi Arabia, one of them fatal, and a fatal case in the United Arab Emirates (UAE).

In addition, in a statement about 10 previously reported Saudi cases, the World Health Organization (WHO) said three of the patients were from the same household, and the first of those to get sick owns a camel farm.

The 12 cases reported by the Saudi Ministry of Health (MOH) include 5 yesterday and 7 more today, scattered among eight cities, with four patients from Riyadh.

The five cases cited yesterday are in five different cities. One of the five patients died, two are healthcare workers, three are non-Saudis, and only one is older than 50.

The patient who died was a 73-year-old male expatriate in Jeddah who had preexisting disease, the MOH said. He had no exposure to animals or other MERS patients.

The other two patients, both Saudis, are a 27-year-old woman in stable condition in Unaizah and a 41-year-old man in Riyadh who is in critical condition. Both have preexisting diseases. Neither was exposed to animals or to MERS patients in the community, but in the man's case officials are investigating possible contact with a MERS patient in a healthcare setting.

The MOH yesterday also reported the death of a previously reported case-patient, a 49-year-old Saudi man in Dammam, plus the recovery of three other men. They are a 38-year-old and a 34-year-old in Riyadh and a 56-year-old in Dhahran.

All seven of the patients reported today are men with preexisting diseases, and their ages range from 29 to 75, the MOH says. Only two are expatriates. Three are from Riyadh, two from Dhahran, and one each is from Jeddah and Medina. Four are listed in critical condition and the other three are stable.

Also today, the MOH reported the death of a previously reported case-patient, a 50-year-old Saudi woman in Najran. The recovery of two other patients also was noted: a 76-year-old man in Taif and a 59-year-old man in Hofuf.

The Saudi MERs tally has reached 869 cases, 369 of them fatal, with 19 patients still being treated.

The fatal UAE case was reported by the WHO in a statement late yesterday. The UAE government notified the agency of the case on Feb 3. The victim was a 38-year-old foreign man who was living in Abu Dhabi, the WHO said. He got sick on Dec 29 but did not seek medical care at a hospital until Jan 29; he died Feb 6.

Authorities are investigating the man's history of contact with camels. He had no record of exposure to other known risk factors, nor did he have any other illnesses, the WHO reported. Officials are checking on his human contacts as well.

In another statement yesterday, the WHO noted 10 other Saudi MERS cases, including the three in one household. All or most of them were announced earlier by the MOH; the WHO said it was formally notified of the cases between Jan 27 and Feb 4.

The three linked cases involved three men from Hofuf, ages 76, 62, and 59, all of them in stable condition. The 76-year-old, who got sick on Jan 19, owns a camel farm, has frequent contact with camels, and drinks raw camel milk, the WHO said. He has no history of exposure to other risk factors.

The 59-year-old and the 62-year-old fell ill on Jan 28 and 29, respectively. Like the older man, they both have other illnesses, and neither was exposed to other risk factors in the 2 weeks before getting sick.

Of the other seven patients noted in the WHO statement, only one is a healthcare worker, and three are foreigners. One patient, an 80-year-old man who lived in Riyadh, died on Feb 1. Another patient, a 62-year-old man from Riyadh, has no symptoms and was identified by tracing and testing contacts of an earlier case-patient.

Aside from the asymptomatic patient and the man who died, all the patients were in stable condition, the WHO reported.

In a third statement yesterday, the WHO added a few details on the MERS case in a 55-year-old man in Qatar, which was announced Feb 1 by the nation's Supreme Council of Health. The WHO said he is a foreigner living in the city of Al-Shahaniya who fell ill on Jan 28 and was hospitalized Feb 1.

The man, who is in stable condition, often had contact with camels and goats but has no other known risk factors for MERs and no comorbidities, the WHO said.

The WHO's current MERS count is 977 confirmed cases, with at least 359 deaths.

Feb 11 WHO statement on UAE case

Feb 11 WHO statement on 10 Saudi cases

Feb 11 WHO statement on Qatar case