mRNA COVID vaccines not tied to serious side effects 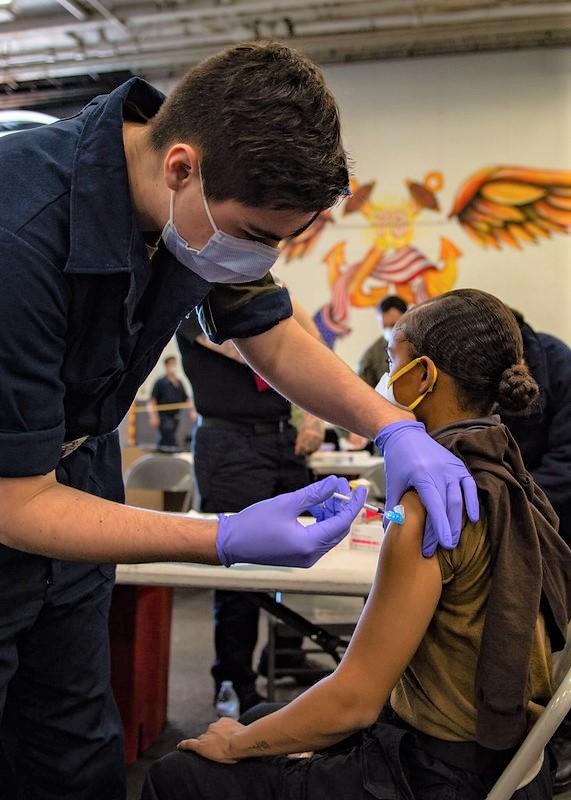 mRNA COVID-19 vaccines were not associated with significantly higher rates of 23 serious adverse events 1 to 21 days after receiving one or two doses than after 22 to 42 days, finds an interim analysis of surveillance safety data involving millions of people today in JAMA.

No association between the vaccines and the specified outcomes met the criteria for a safety signal, the study authors said.

Researchers from Kaiser Permanente Vaccine Study Center led the study, which consisted of analyzing vaccine surveillance data from the Vaccine Safety Datalink (VSD) on 6.2 million vaccinated members of eight US health plans from Dec 14, 2020, to Jun 26, 2021. Participants were 12 years or older; the mean age was 49 years, 43% were White, 22% were Hispanic, 15% were Asian, and 5% were Black.

The VSD is an ongoing collaboration between US health plans and the Centers for Disease Control and Prevention.

Of 6.2 million participants, 57% received the Pfizer/BioNTech COVID-19 vaccine, and the remainder received Moderna. Outcomes were monitored for 1 to 21 days (risk interval) after receipt of one or two vaccine doses and compared with those of a similar group of participants 22 to 42 days postvaccination with one or two doses (comparison interval).

"In this current surveillance, neither the primary analyses nor those with unvaccinated comparators found evidence of an association between Bell palsy and mRNA vaccines, a finding that is consistent with a recent analysis of cases reported to the World Health Organization database," the study authors wrote.

The highest estimates of excess cases per million vaccine doses were 7.5 for venous thromboembolism and 1.2 for heart attack. Of the 10 cases of cerebral venous sinus thrombosis, none were linked to thrombocytopenia (low platelet count). In the 21 days after vaccination, 12 participants were diagnosed as having acute respiratory distress syndrome, while 6 were diagnosed with multisystem inflammatory syndrome, and 29 with narcolepsy.

From 0 to 21 days after vaccination, there were 34 cases of myocarditis or pericarditis among participants 12 to 39 years; 85% occurred in males, 82% were hospitalized (median stay, 1 day), 6% required intensive care, and all survived to hospital release.

"Significant clustering within the first week after vaccination, especially after dose 2, provides additional evidence of an association between mRNA vaccines and myocarditis/pericarditis in younger individuals," the researchers wrote, referring to earlier studies that have shown a small increased risk.

While participants aged 18 to 49 received the most doses as a group, those older than 75 had the highest coverage, with 82.4% receiving one dose and 79.2% receiving two. White and Asian participants also had higher vaccine coverage than other racial groups.

"In this interim analysis of surveillance data from 6.2 million people who received 11.8 million doses of an mRNA vaccine, event rates for 23 serious health outcomes weren't significantly higher for individuals one to 21 days after vaccination compared with similar individuals at 22 to 42 days after vaccination," the researchers wrote. "While CIs [confidence intervals] were wide for many outcomes, surveillance is ongoing."

Safety surveillance is important, the researchers noted, because rare or severe outcomes may go unnoticed in phase 3 trials because of limited sample size, restrictive inclusion criteria, short follow-up, and trial participants who may be different from people who will ultimately receive the vaccine. In addition, mRNA platforms are relatively new.

In an editorial in the same journal, Kimberly Blumenthal, MD, and Neelam Phadke, MD, MPH, both of Massachusetts General Hospital, and David Bates, MD, of Harvard Medical School, said that the VSD will continue to monitor for mRNA vaccine-associated adverse events, including those that may occur after third doses.

"Support for collaborations like VSD, which include detailed data on large and diverse populations, is essential for robust vaccine safety assessments to inform the public and help overcome vaccine hesitancy, particularly in pandemic situations when large-scale vaccination is critical and very large numbers of individuals are exposed to new vaccines," they concluded.