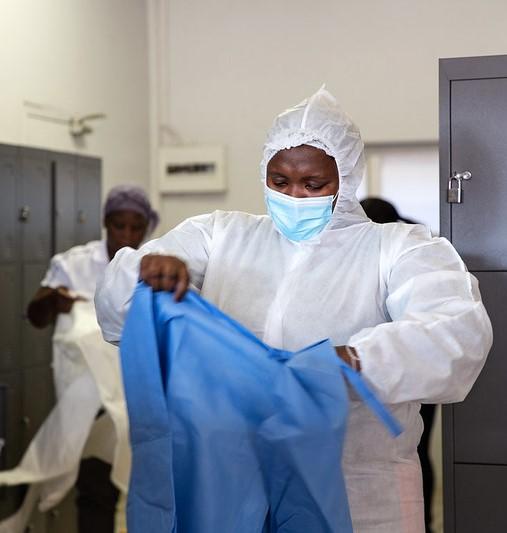 As countries in Africa, the Americas, and Europe battle fresh COVID surges, a rise in Delta SARS-CoV-2 variant cases in Israel—known for its strong vaccine rollout and COVID measures—is raising new alarm bells.

World Health Organization (WHO) officials have characterized a "two track" pandemic, made up of higher-income countries driving down cases as vaccination efforts gain tractions, contrasted with others struggling with new or ongoing surges, due to a host of factors, including scarce vaccine, more transmissible variants, and social mixing.

And yesterday, WHO officials warned that a steady global decline is slowing down, with some countries across all regions grappling with surges.

In its weekly health emergencies report, the WHO's African regional office said today that Africa's cases last week rose for the sixth week in a row and were up 31% compared to the week before.

A third surge under way in South Africa made up more than 58% of cases, but officials said high case numbers there and in Eritrea, Rwanda, Namibia, Uganda, and Zambia are concerning. They also said health worker infections continue to rise in many countries. Deaths also rose last week.

Factors fueling the rise include poor adherence to distancing measures, cooler weather in southern Africa, and the spread of more transmissible variants, according to the WHO. So far, the Delta (B1617.2) variant has been detected in 14 African countries.

Though the region is making progress with vaccination, the global supply imbalance is still serious, with only 1% of the population immunized against COVID-19.

As more transmissible variants keep all countries on edge, Israel yesterday reported 125 cases after seeing numbers plummet to the single digits earlier this month, according to Haaretz, an Israeli newspaper.

The head of the country's health ministry said 70% of cases involve the Delta variant, and that half of those are children, and that one-third of those cases are vaccinated. The illnesses are stemming from several local outbreaks, including one involving staff at a school.