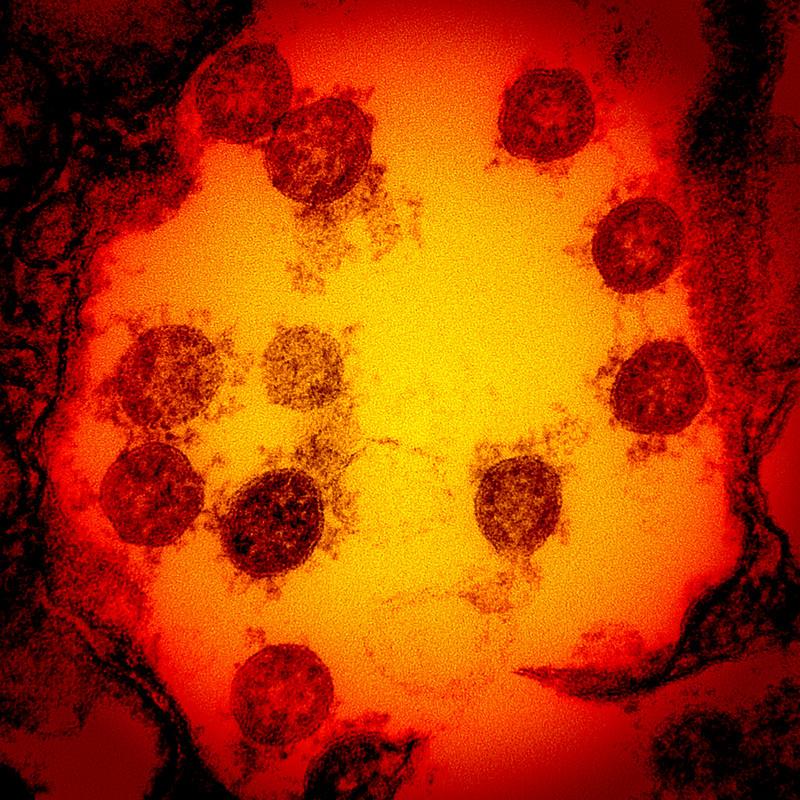 South Africa's health ministry, in an urgent media briefing yesterday, announced the detection of a new SARS-CoV-2 variant, B.1.1.529, that has quickly outpaced the Delta (B1617.2) variant and has a host of mutations that might change how the virus behaves.

The new findings triggered an unprecedented and fast response in science and government ranks yesterday, with experts raising deep concerns about the new variant's mutation profile and the World Health Organization (WHO) independent expert group today designating B.1.1529 as the fifth variant of concern and naming it Omicron.

Also yesterday, countries—including Israel and the United Kingdom—began barring flights from South Africa and other countries where the virus has been detected.

The new development is buffeting stock markets and oil prices and comes at a time when the world, weary of COVID-19, will soon enter the third year of the pandemic.

At South Africa's media briefing, officials said the variant was detected in Gauteng province, where positivity rates in the area around Pretoria jumped from 1% to more than 30% in less than 2 weeks. Sequencing of the recent Gauteng samples found that nearly all were the new variant. South Africa is known for its strong genetic sequencing capacity.

Prior to South Africa's announcement, scientists from Botswana, Hong Kong, and South Africa had uploaded B.1.1.529 variant sequences to sharing databases.

Tulio de Oliveira, PhD, who directs South Africa's Centre for Epidemic Response and Innovation, said yesterday on Twitter that the country's scientists made the data public and raised the alarms to protect the country and the world, despite the harm that steps like a lockdown and travel bans would have on South Africa's people and its economy.

"This new variant is really worrisome at the mutational level. South Africa and Africa will need support (financially, public health, scientific) to control it so it does not spread in the world," he wrote. "Our poor and deprived population cannot be in lockdown without financial support."

Yesterday during an online WHO question and answer session, Maria Van Kerkhove, PhD, the WHO's technical lead for COVID-19, said the variant has a large number of mutations, and that while it's not clear what their impact will be on how the virus behaves, the findings are concerning. So far there are less than 100 full genome sequences for scientists to review and it will take a few weeks to assess how tests, treatments, and vaccines will hold up against the new variant.

She said continuing COVID-19 circulation gives the virus more opportunities to change and that everyone has a role to play in decreasing exposure and taking precautions.

When it designated Omicron as a variant of concern today, the WHO's independent expert group noted a large number of mutations and said preliminary evidence suggests a risk of reinfection when compared to other variants of concern. The first confirmed detection is from a specimen collected on Nov 9, and South Africa's number of Omicron cases appears to be increasing across nearly all of its provinces.

In a variant update today, the UK's Health Security Agency said B.1.1.529 contains multiple spike mutations, plus others outside the spike with unknown significance. Based on what's know about other variants, it said the mutations may have implications for immune escape, transmissibility, and response to treatments, especially regarding monoclonal antibodies.

The new variant developments immediately prompted new risk assessments and intensive efforts to identify cases in other countries. Also, more countries have now announced bans on travelers from South Africa, with some including other African nations where variant cases have already been detected.

Anthony Fauci, MD, White House chief medical adviser, told CNN today that so far, there's no sign that the variant is in the United States and that US experts are working with their counterparts in South Africa to learn more.

The European Centre for Disease Prevention and Control (ECDC) said it is monitoring the situation closely and will issue a threat assessment later today.

Unsettling possibilities, but too soon to tell

Michael Osterholm, PhD, MPH, who directs the University of Minnesota's Center for Infectious Disease Research and Policy (CIDRAP), publisher of CIDRAP News, said it's important to be careful in interpreting early data, but said the signals are extremely concerning. The uncertainties surrounding the impact of new SARS-CoV-2 variants, compared to what we expect a pandemic influenza virus to do over time, is what makes responding to evolving threats from the virus so hard. "This situation is a reminder that the future course of this pandemic as it relates to evolving variants is not settled," he said.

For example, he said a more transmissible variant could accelerate what would already happen with community spread without changing the overall long-term impact of the pandemic. But if a new variant evades immunity, it would be a whole new ballgame and change the epidemiology of the disease. "It's too early to say," Osterholm said, pointing out that another variant of concern from South Africa— Beta (B1.350)—spread globally, but never became dominant.

The recent focus on surges in Europe and North America belies the fact that many countries are still vulnerable, with low levels of vaccination and immunity, he said.

The first more transmissible variant—Alpha (B117), first detected in the UK—arrived on the scene nearly a year ago, and scientists had no idea about what would follow in its wake, Osterholm said. "We know enough now about variants to be certain that the world doesn't want this one."

(Editorial note: This story was updated shortly after posting to include the WHO's variant designation announcement.)