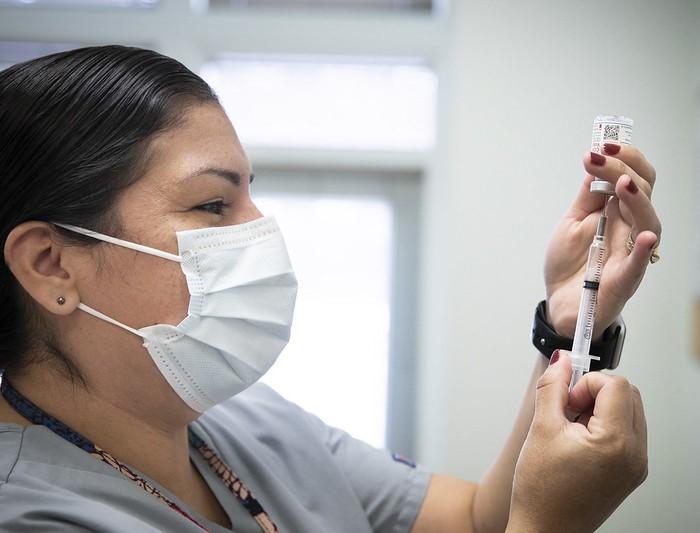 After a spring virus surge in the Upper Midwest, COVID-19 cases are now starting to increase in the West, with Washington state, Oregon, and Colorado reporting significant jumps in activity in recent days.

According to the New York Times database, virus cases have risen 54% and hospitalizations are up 39% in Oregon during the past 2 weeks. In 2 days one third of the state, including Portland, will move back into severe restrictions. Nearly 30% of the state's population has been fully vaccinated against the virus.

In Washington and Colorado, cases have doubled since March.

As vaccine supply is meeting or surpassing demand across the country, states and cities are increasingly offering incentives to boost vaccine uptake.

In West Virginia, officials announced Monday they will offer young people a $100 savings bond to get a COVID-19 vaccine, the Washington Post reports. Gov. Jim Justice estimates it will cost the state $27.5 million if about 72% of the state's 380,000 young people take him up on the offer.

Justice said the cost would pale in comparison to the $75 million the state has spent on COVID-19 testing.

In Chicago Allison Arwady, MD, MPH, the public health commissioner, said she's looking at a number of incentives to encourage vaccination, WBEZ reports, including a "VaxPass" that would give vaccinated people access to concerts, entertainment, and other free events.

"You want to be part of the fun? Get vaccinated," Arwady said at a press conference yesterday.

The Centers for Disease Control and Prevention (CDC) published new research today that shows the mRNA COVID-19 vaccines are highly effective in preventing hospitalizations among Americans ages 65 and older.

These are the first real-world data that show mRNA vaccines prevent severe illness.

The assessment, based on two US networks totaling 24 hospitals in 14 states, found fully vaccinated adults 65 years and older were 94% less likely to be hospitalized with COVID-19 than people of the same age who were not vaccinated.

Among partially vaccinated adults over 65 who had received only one dose of vaccine, hospitalizations were 64% less likely.

The study was conducted between January and March of this year, and included 187 case-patients and 230 controls.

"These findings are encouraging and welcome news for the two-thirds of people aged 65 and up." said CDC Director Rochelle Walensky, MD, MPH, in a press release. "COVID-19 vaccines are highly effective, and these real-world findings confirm the benefits seen in clinical trials, preventing hospitalizations among those most vulnerable."