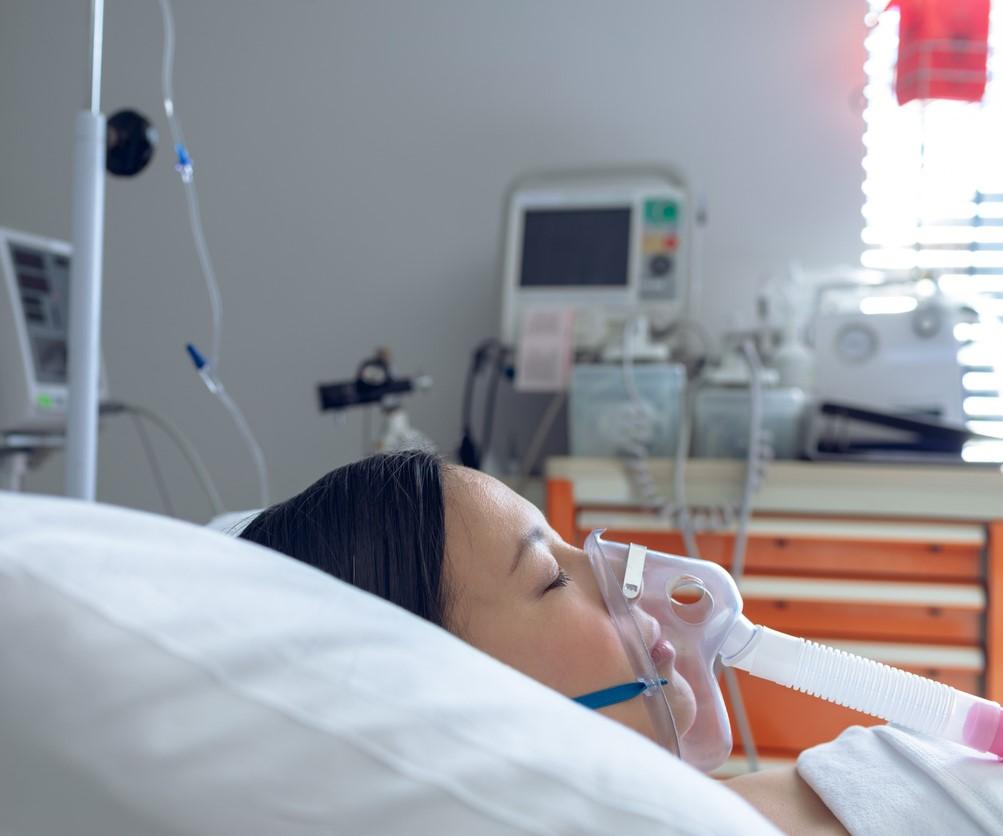 COVID-19 pneumonia is an especially dire diagnosis for pregnant women because it can rapidly lower oxygen in the blood and body tissues, requiring hospital admission and cardiopulmonary support, first author Carlo Valsecchi, MD, said in an MGH news release.

The retrospective study, published late last week in Obstetrics & Gynecology, involved 71 pregnant women hospitalized with COVID-19 pneumonia at one of four major medical centers in Boston from March 2020 to December 2021. Soon after admission, 20 patients received INO200 twice a day for 30 minutes, while the remaining 51 received standard care. INO200 treatment was available only at MGH.

INO is a gas used to treat severely low oxygen levels in intubated patients diagnosed as having respiratory failure caused by conditions such as COVID-19. It is usually given in doses of 10 to 80 parts per million (ppm), but in this study, a median of 190 ppm was given per treatment.

The respiratory rate of patients with abnormally fast breathing fell and remained lower during and after INO200 treatment. No related adverse events were reported.

Senior author Lorenzo Berra, MD, said that very few respiratory treatments have been studied as a complement to oxygen therapy in pregnant women. "Investigators from all four medical centers that participated in our study agreed that administration of high dose nitric oxide through a snug-fitting mask has enormous potential as a new therapeutic strategy for pregnant patients with COVID-19," he said in the release.

The Food and Drug Administration first approved INO in 1999 to treat newborns on mechanical ventilation due to respiratory failure linked to pulmonary hypertension. The researchers noted that a small MGH study of six non-intubated pregnant women treated with INO200 early in the pandemic resulted in better systemic oxygenation and lower respiratory rates. As a result, MGH providers began to offer it to other pregnant women.

"Being able to wean patients from respiratory support quicker could have other profound implications, including reducing stress on women and their families, lowering the risk of hospital-acquired infections, and relieving the burden on the health care system," Berra said. "We hope more physicians will consider incorporating it into carefully monitored treatment regimens."

The authors called for randomized, controlled trials to confirm their findings.