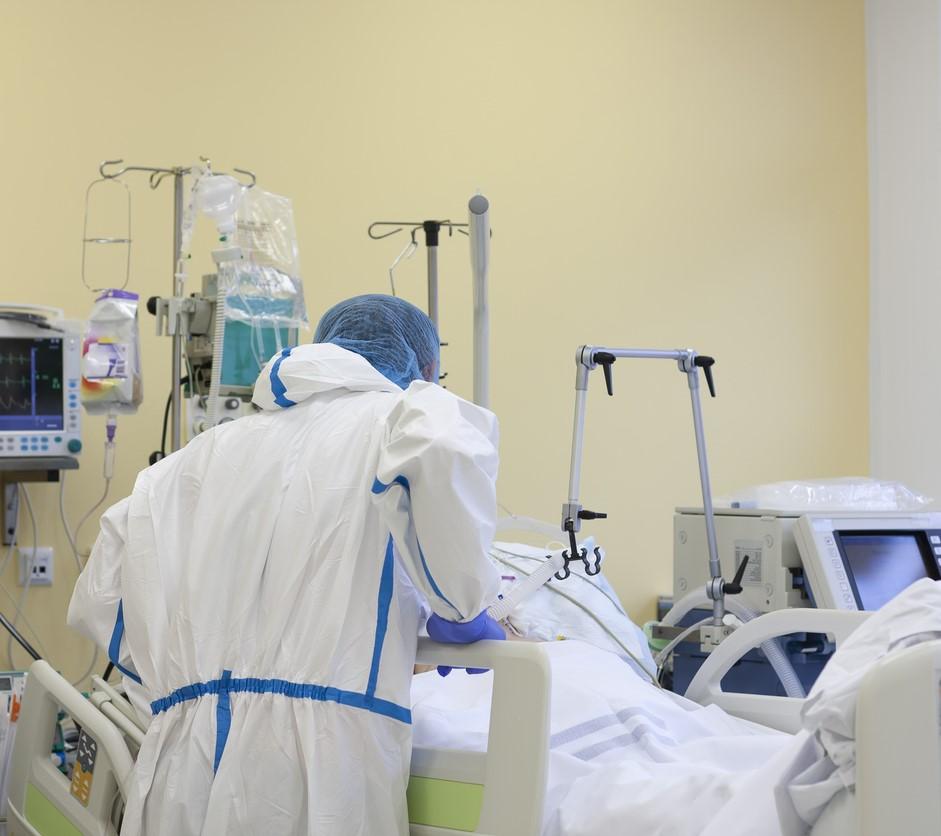 As COVID-19 cases in the United States soar in the wake of the holidays, led by the highly transmissible Omicron (B.1.1.529) variant, nearly a quarter of hospitals are reporting critical staffing shortages due to workers being sick or off work for quarantine.

As healthcare workers face exposure risks at home and in hospital settings, many facilities are stretched thin, with facilities this time juggling big burdens on general wards alongside busy intensive care units.

US Department of Health and Human Services (HHS) data show that 141,385 hospital beds are currently in use by COVID-19 patients, approaching the record peak from January 2021. With rising numbers of health workers calling in sick, some facilities are leaving some beds empty, because they don't have enough staff to safety fill them with patients, according to the Wall Street Journal.

Currently, about 24% of US hospitals report critical staffing shortages, the highest of the pandemic, and many facilities are starting to limit elective surgeries and consider crisis standards of care.

On CBS "Face the Nation" yesterday, former Food and Drug Administration (FDA) Commissioner Scott Gottlieb, MD, said Omicron activity has already peaked in some Mid Atlantic states, with Omicron now setting its sights on the Midwest, where the pace is picking up.

The US COVID-19 total just topped 60 million cases, and more than 838,000 people have died from their infections, according to the Johns Hopkins online dashboard.

As cases surge, efforts are under way to ease and extend vaccine protection through primary doses and boosters. Massachusetts, Illinois, and Oregon are among the states that are launching mass vaccination sites, according to the New York Times.

At the federal level, the US Centers for Disease Control and Prevention (CDC) yesterday updated its guidance for quarantine and isolation for the third time in 2 weeks. The update organizes the information into charts that make the steps easier to read and follow.

Meanwhile, the US Postal Service is seeking a 120-day delay in complying with the Biden administration vaccine mandate for workers at large companies, according to NPR. The mandate was schedule to take effect today, but several states have challenged the measure, which is under review by the Supreme Court.