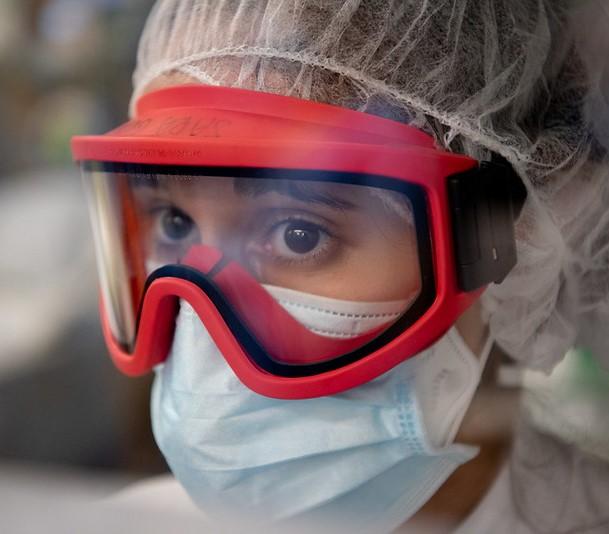 More than one in five healthcare workers (21%) have at least moderately considered leaving the workforce and 30% have considered reducing hours because of COVID-19 stress, according to a study in JAMA Network Open today.

Unlike previous studies that have reported healthcare workers' mental health burden during the pandemic, this survey-based study looks at childcare, career development prospects, and stress.

"Health systems must develop effective strategies to ensure that the workplace acknowledges and supports employees during this unprecedented time," the researchers write, "not only within the work environment, but also in managing unanticipated childcare responsibilities due to lack of childcare or in-person school."

In August 2020, the researchers sent a web survey to all clinical and nonclinical staff, faculty, and trainees in the University of Utah health system, which includes hospitals, community clinics, and specialty centers.

Participants who were younger, married, not White, and in the clinical setting were more likely to say they had considered leaving the workforce, according to the researchers. Over half of the faculty (449, 54.8%) and trainees (397, 60.8%) said they had decreased productivity, and 2,334 respondents (46.8%) were worried that the pandemic was affecting their career development.

"We suspect these disturbing trends likely exist within other health care systems nationwide," said lead author Rebecca Delaney, PhD, in a University of Utah press release. "These findings are alarming and a warning sign about the morale and well-being of doctors and nurses, as well as non-clinical health care scientists and staff."

More than the differences between being a faculty/staff or trainee, having at least one child at home had a greater effect on whether an employee was considering hour reduction or workforce exit.

The survey used a 5-point Likert scale, with 1 being low, and it showed that women without children had a lower likelihood of leaving the workforce or reducing their hours, compared with those who did have children (1.58 vs 2.06 and 1.68 vs 2.61, respectively).

Men had similar responses, but they were less severe (1.51 value for those with no children vs 1.71 for those with children for leaving the workforce and 1.67 vs 2.21 on reducing hours, respectively).

Among both parents and non-parents, techniques that respondents said helped maintain home-work life balance were, in order of importance: flexibility in scheduling, opportunities to work from home, a work schedule sent out 1 month in advance, and supervisors' understanding of any work-life struggles.

Additionally, respondents with children face additional stressors, and most said they would appreciate help with home childcare, tutoring, or creating pods with other like-minded parents, according to the study. The researchers also recommend that academic medical centers increase their communication around existing resources.

"It's sobering to learn that, during a time of economic recession, at least one-fifth of our workforce were considering leaving their jobs because of the severe levels of stress they were experiencing," said senior author Angela Fagerlin, PhD, in the press release.

"Many of these are people who have spent five to ten years of their adult lives training to do this kind of work. Yet, it's so overwhelming and burdensome that they were potentially thinking about giving it all up."