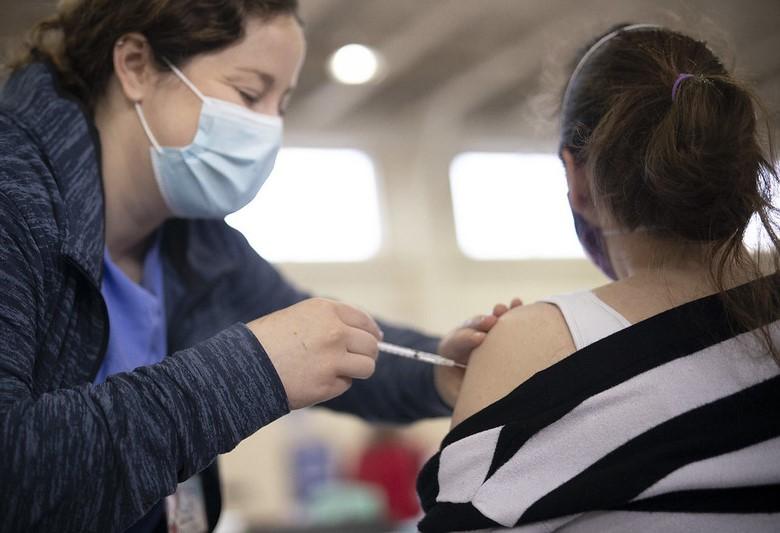 Pennsylvania and New Jersey now trail only Michigan as epicenters of COVID-19 activity as the nation sees a wave of activity in the midst of a major push to vaccinate all citizens ages 16 and older by May 31.

If accomplished, the May 31 deadline would see Americans enjoying a somewhat normal Fourth of July, officials say.

Delaware is also adding more cases per capita and follows Michigan, Pennsylvania, and New Jersey in 7-day average cases. The state is averaging 405 new cases per day, up 115% from March.

Warnings against travel to 80% of countries

This week roughly 80% of the world's countries will receive the highest travel warning from the US State Department—"Level 4: Do Not Travel" designation—because of high levels of COVID-19, the Washington Post reported.

Currently only 16% of countries have a level 4 designation, but international travel is slowly returning. The State Department suggests all Americans should avoid unnecessary travel, but United Airlines has announced it will be adding new flights to Greece, Iceland, and Croatia starting in July.

Though the Centers for the Disease Control and Prevention has said fully vaccinated Americans can travel domestically, it also cautions that international travel increases the risk of spreading new COVID-19 variants.

The National Institutes of Health (NIH) will fund a phase 3 trial called ACTIV-6 that will test several existing prescription and over-the-counter medications for people to self-administer to treat symptoms of COVID-19, the NIH said in a press release yesterday.

Though several treatments for moderate to severe COVID-19 have been approved, there are currently no at-home recommended treatment for mild cases of the virus.

"While we're doing a good job with treating hospitalized patients with severe disease, we don't currently have an approved medication that can be self-administered to ease symptoms of people suffering from mild disease at home, and reduce the chance of their needing hospitalization," said NIH Director Francis Collins, MD, PhD.

"ACTIV-6 will evaluate whether certain drugs showing promise in small trials can pass the rigor of a larger trial."

Anyone in the United States over the age of 16 is now eligible for a COVID-19 vaccine as of yesterday, but 20% of adults ages 65 and older are still unvaccinated.

Some health experts worry that those older Americans will not struggle with securing a vaccine, the New York Times reports.

In other virus news, the CDC said yesterday in a telephone briefing that the risk of surface transmission of COVID-19 is low, and that frequent cleaning and disinfecting of surfaces will have minimal impact on viral transmission and contribute to "hygiene theater," CNN reports.

The CDC still maintains that COVID-19 is spread primarily though droplet transmission, though multiple experts have long argued that the virus is airborne.