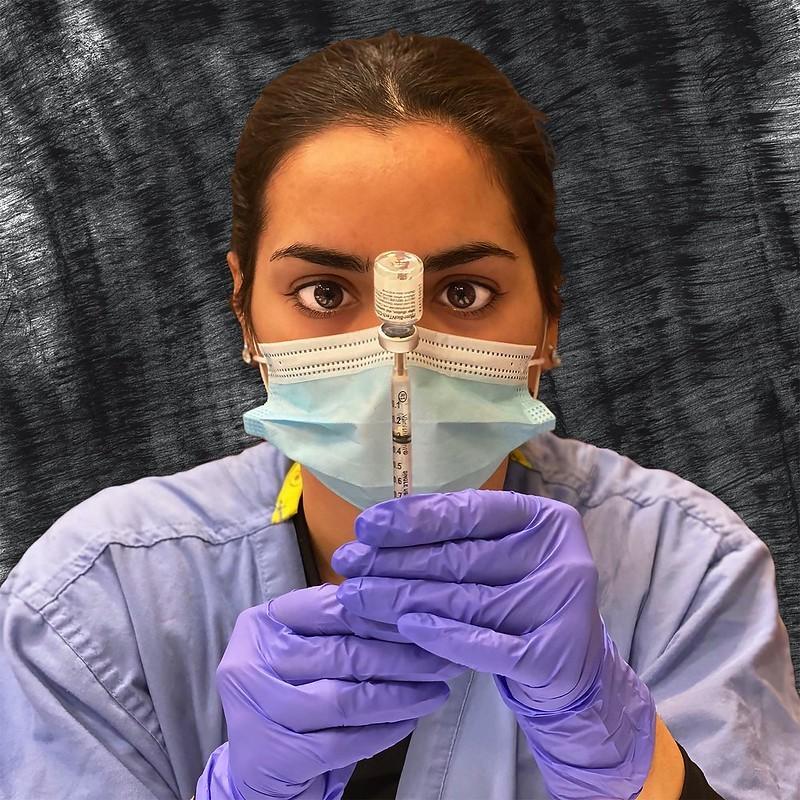 The companies said they believe two doses will still be protective against severe disease. The companies also said they began developing an Omicron-specific vaccine on Nov 25, and plan to have that vaccine ready for mass distribution by March 2022. Pfizer and BioNTech said they will produce 1 billion COVID-19 vaccines next year.

"Although two doses of the vaccine may still offer protection against severe disease caused by the Omicron strain, it's clear from these preliminary data that protection is improved with a third dose of our vaccine," said Albert Bourla, DVM, PhD, chairman and chief executive officer of Pfizer in a press release.

"Ensuring as many people as possible are fully vaccinated with the first two dose series and a booster remains the best course of action to prevent the spread of COVID-19."

Scientists from the companies used human sera samples to gauge how effective the vaccines were against the Omicron variant.

Sera were collected from volunteers 3 weeks after they received the second dose or 1 month after they got the third dose of the Pfizer-BioNTech COVID-19 vaccine. The companies said neutralization against the Omicron variant after three doses was similar to the neutralization seen after two doses against the wild-type strain.

The news comes with all Americans ages 18 and older now eligible for a booster dose of Pfizer vaccine, as long as it has been 2 months after they received a Johnson & Johnson vaccine, or 6 months after completing two doses of an mRNA vaccine.

The Omicron variant has now been identified in at least 20 states, according to the New York Times.

Though the Delta (B1617.2) variant is still making up more than 99% of all cases in the United States, the CDC has reached out to tens of thousands of people who attended a recent anime convention in New York City as it works to understand the Omicron variant, NBC News reports. The convention was attended by a Minnesota man who days later tested positive for the variant.

Minnesota, along with Michigan and Ohio, continues to struggle with a Delta-fueled COVID-19 surge.

Michigan set a record this week for COVID-19 hospitalizations and is leading the nation in per-capita case rates, CNN reports. Michigan, Ohio, Pennsylvania, and Indiana are responsible for almost half the country's increase in hospitalizations between Nov 10 and Dec 5, according to a Washington Post analysis of CDC data.