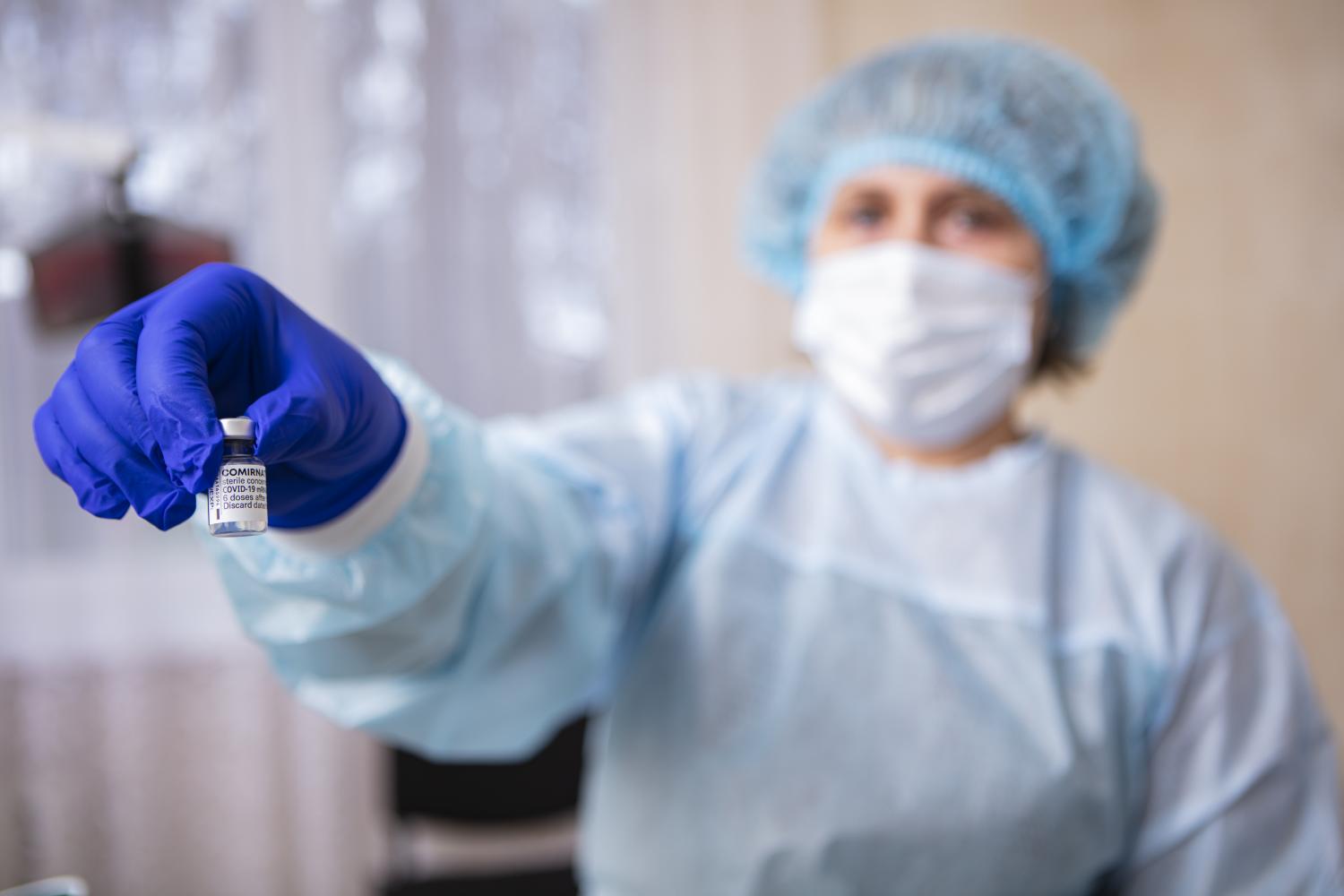 Today officials from the Food and Drug Administration (FDA) and Pfizer will meet to discuss when and if recipients of the company's mRNA COVID-19 vaccine need a booster dose in the coming months given the emergence of the Delta (B1617.2) variant.

Last week the FDA and the Centers for Disease Control and Prevention (CDC) said so far there is not enough data to recommend a booster, but Pfizer cites small trial results and real-world evidence from Israel that show antibodies produced by the vaccine wane over a period of months and are bolstered with a third dose administered within 12 months of the original vaccine series.

Yesterday Anthony Fauci, MD, the chief White House medical adviser and National Institute of Allergy and Infectious Diseases director, appeared on CNN's "State of the Union" and said he stands by the CDC and FDA’s assertion that the current available data do not support the need for boosters.

"Given the data and the information we have, we do not need to give people a third shot, a boost, superimposed upon the two doses you get with the mRNA (Pfizer/BioNTech and Moderna vaccine) and the one dose you get with (Johnson & Johnson)," he said.

Fauci also pushed back on the idea that if the CDC and FDA's recommendation does change, its tantamount to flip-flopping, or losing the public's trust.

"Data evolves. You get more information as the time goes by. So when you get to the point, where you have enough information to make a firm recommendation, that is not flip-flopping. That is making recommendations as the data evolve. "

Roughly 12.8 million Americans have received the one-dose Johnson & Johnson (J&J) COVID-19 vaccine, and now officials from the FDA are expected to announce the vaccine has been linked to 100 cases of Guillain-Barré syndrome, a rare nerve disorder.

The benefits of vaccination still outweigh the risks, the FDA is expected to say, according to the Washington Post. The vaccine will now have a warning label about the risk.

The cases have been reported 2 weeks after vaccination and mostly in men, many aged 50 and older. Annually, the United States usually sees an estimated 3,000 to 6,000 cases, or 60 to 120 per week. The syndrome often follows viral or bacterial infections.

This is the latest setback to the J&J vaccine, which was one predicted to be a pandemic game changer. The vaccine was paused in April after it was linked to rare clotting events. More recently, the company had to toss 75 million doses of the vaccine after contamination was found at Emergent BioSolutions, the Baltimore-based manufacturer of the vaccine.

The AstraZeneca vaccine, a two-dose adenovirus vaccine used widely in the United Kingdom and Europe, has also battled associations with Guillain-Barre, but no official warning exists.

Only 38% of young adults vaccinated

New data in the Wall Street Journal show young Americans are the group least likely to get vaccinated and were one of the main reasons the White House did not meet its goal of vaccinating 70% of adults with at least one dose of vaccine by Jul 4.

About 38% of adults 18 to 29 years old received one or more vaccine doses, the lowest rate among any eligible age-group, according to CDC data. Last week President Joe Biden urged young adults to get vaccinated, especially given that the more contagious Delta variant is spreading.

Public health experts said this group feels little urgency to get vaccinated because of the low risk of severe COVID-19 and are more likely to get vaccine misinformation from social media.

Southern, conservative communities also continue to battle vaccine hesitancy. Arkansas Gov. Asa Hutchinson told ABC News this weekend he was willing to accept federal help in his state to encourage vaccinations. Arkansas has one of the lowest vaccination rates in the country—around 35%.

"There shouldn't be a partisan divide, first of all, but clearly a conservative is more hesitant about government authority," Hutchinson said. "We've got to overcome that mistrust because Republicans, Democrats, we all suffer the same consequences: the Delta variant gets us if we're not vaccinated."

Both Arkansas and neighboring Missouri have the highest level of new cases detected in the last 7 days, at more than 100 new cases per 100,000 people.

The United States reported 6,164 new COVID-19 cases and 24 deaths yesterday, according to the Johns Hopkins COVID-19 tracker. New daily reported COVID-19 cases rose 49.3% in the past week, according to data from the Washington Post. Deaths fell by 1.7%, and COVID-related hospitalizations rose by 17%.