Pfizer, Moderna vaccines may be less effective against B1351 variant 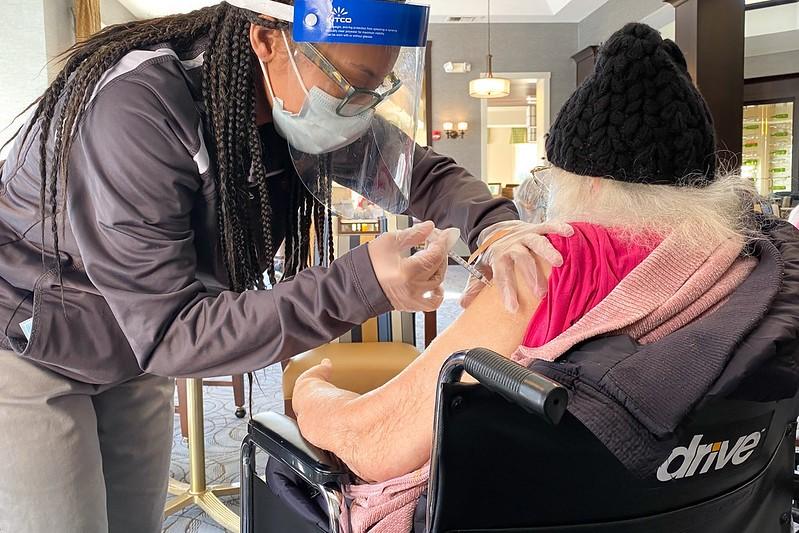 Both the Pfizer/BioNTech and the Moderna COVID-19 vaccines may be less effective against the B1351 variant first identified in South Africa, although the latter vaccine could offer good protection against the B117 variant first seen in the United Kingdom, according to two letters published yesterday in the New England Journal of Medicine.

Unclear effect on effectiveness outside of lab

In the letter on the Pfizer/BioNTech BNT162b2 coronavirus vaccine, a team led by scientists from the University of Texas Medical Branch in Galveston made three recombinant viruses with different mutations using a SARS-CoV-2 isolate from January 2020. Using 20 serum samples collected from 15 participants in a 2020 trial of the vaccine 2 to 4 weeks after their second dose, they tested the samples' ability to neutralize the 2020 strain and all variants, including B1351 and B117.

All serum samples were able to neutralize the viruses but were about two-thirds weaker against the B1351 spike protein. However, the authors said that because the vaccines also produce other types of immune responses, such as from T cells, they may be more effective in real life than in the lab.

"Thus, it is unclear what effect a reduction in neutralization by approximately two thirds would have on BNT162b2-elicited protection from Covid-19 caused by the B.1.351 lineage of SARS-CoV-2," they wrote.

The second letter, by scientists from Moderna and the National Institute of Allergy and Infectious Diseases, detailed the ability of sera from participants vaccinated in the phase 1 clinical trial of Moderna's mRNA-1273 vaccine trial to neutralize pseudovirus models.

While the researchers found that the B117 variant had no significant effect on the vaccine's ability to kill the virus in serum samples obtained from participants who had received their second vaccine dose a week before, they saw a 2.7-fold decrease in neutralizing antibodies against a partial panel of B1351 mutations and a 6.4-fold drop against the full set.

"Protection against the B.1.351 variant conferred by the mRNA-1273 vaccine remains to be determined," the authors said. "Our findings underscore the importance of continued viral surveillance and evaluation of vaccine efficacy against new viral variants and may help to facilitate the establishment of correlates of protection in both nonhuman primates and humans."

Clinical data have shown in previous studies that the AstraZeneca/Oxford, Novavax, and Johnson & Johnson vaccines are not as effective in preventing symptomatic infections with B1351 as against other strains. Earlier this month, South Africa put its rollout of the AstraZeneca/Oxford vaccine on hold after it was found to offer "minimal protection" against mild to moderate B1351 cases.