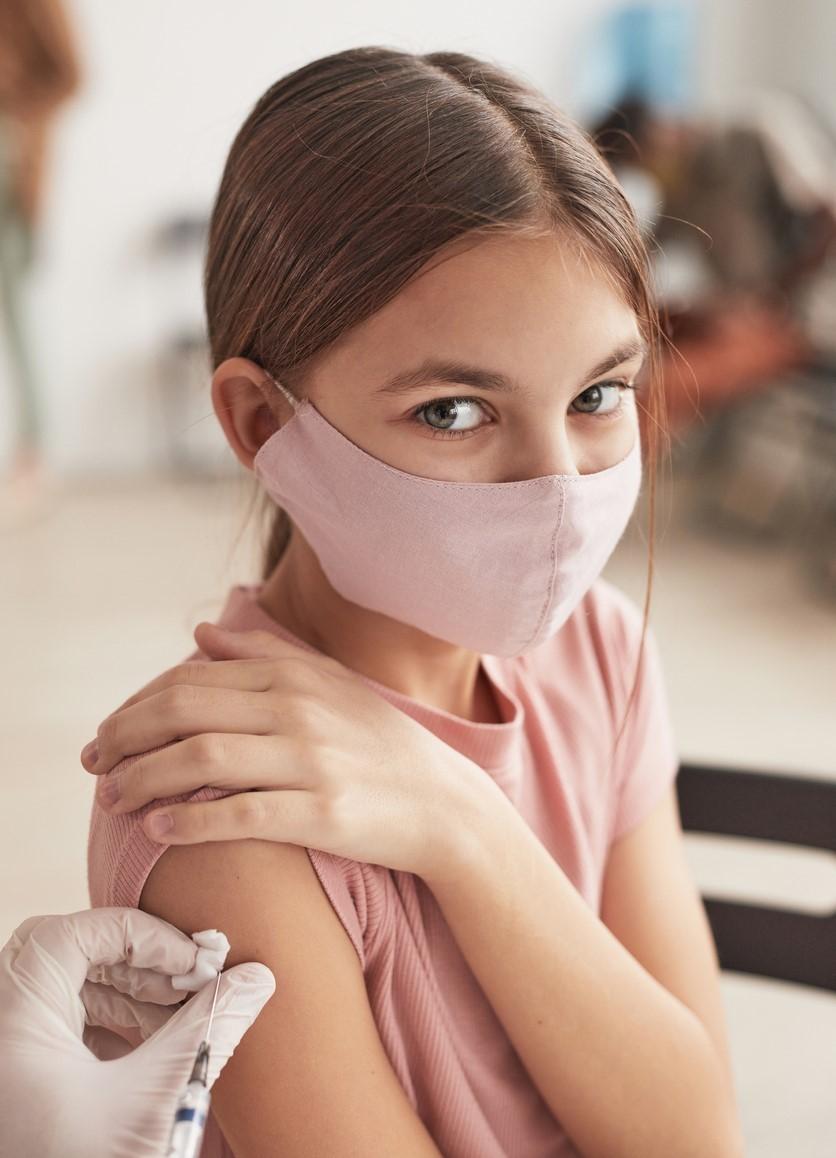 Pfizer and BioNTech submitted initial data from a phase 2/3 trial of their mRNA COVID-19 vaccine for children ages 5 to 11 years to the Food and Drug Administration (FDA), and said an application for emergency use authorization of the vaccine in that age-group will likely follow in the coming weeks.

On Sep 20, the company shared promising results in children in that age range of two doses of the mRNA vaccine, which contains 10 micrograms (μg) of active ingredient, compared with 30 μg contained in the currently FDA-approved vaccine. Pfizer said the company will have data on vaccines in children ages 6 months to 2 years, and 2 years to 5 years, as soon as the fourth quarter of 2021.

Children under age 5 received a lower 3-μg dose for each injection in the phase 2/3 study, the company said.

Children 11 and younger are the only group of Americans not yet eligible for COVID-19 vaccination, and pediatric cases of the virus have increased significantly since the Delta (B1617.2) variant became the dominant strain in the United States this summer.

For the fifth consecutive week, more than 200,000 pediatric cases were reported across the country during the week of Sep 16 to the 23. The latest update from the American Academy of Pediatrics (AAP) shows that nearly 207,000 child COVID-19 cases were reported last week.

"Since the pandemic began, children represented 16.0% of total cumulated cases. For the week ending September 23, children were 26.7% of reported weekly COVID-19 cases (children, under age 18, make up 22.2% of the US population)," the AAP said.

The Times reports that thousands of healthcare workers across New York state got inoculated against COVID-19 ahead of yesterday's deadline. The statewide vaccination rate for hospital employees rose to 92% by last night, up from 84% 5 days ago.

All eyes will be on New York in the coming days, as its mandatory vaccine requirement for hospital and healthcare employees is one of the largest and strictest in the country. A similar mandate will go into effect Sep 30 in California.

But thousands of nurses, aides, and other employees in New York chose to lose their jobs rather than get vaccinated. New York Gov. Kathy Hochul yesterday signed an executive order that will allow healthcare workers from other states and countries to begin practicing in New York, the Washington Post reports. The governor has also said she may use the National Guard to deliver healthcare in the state.

Delta a factor in getting vaccinated

Thirty-nine percent of adults who got vaccinated since Jun 1 cite the Delta variant as a major reason for doing so, followed by reports of local hospitals filling up (38%) and knowing someone who became seriously ill or died (36%), according to the latest survey from the Kaiser Family Foundation (KFF).

Among the unvaccinated, 71% said the news about booster shots is a sign the vaccines aren't working.

According to the KFF, "The largest remaining gap is between political partisans, with 90 percent of Democrats reporting they have gotten at least one dose, compared to 58 percent of Republicans."