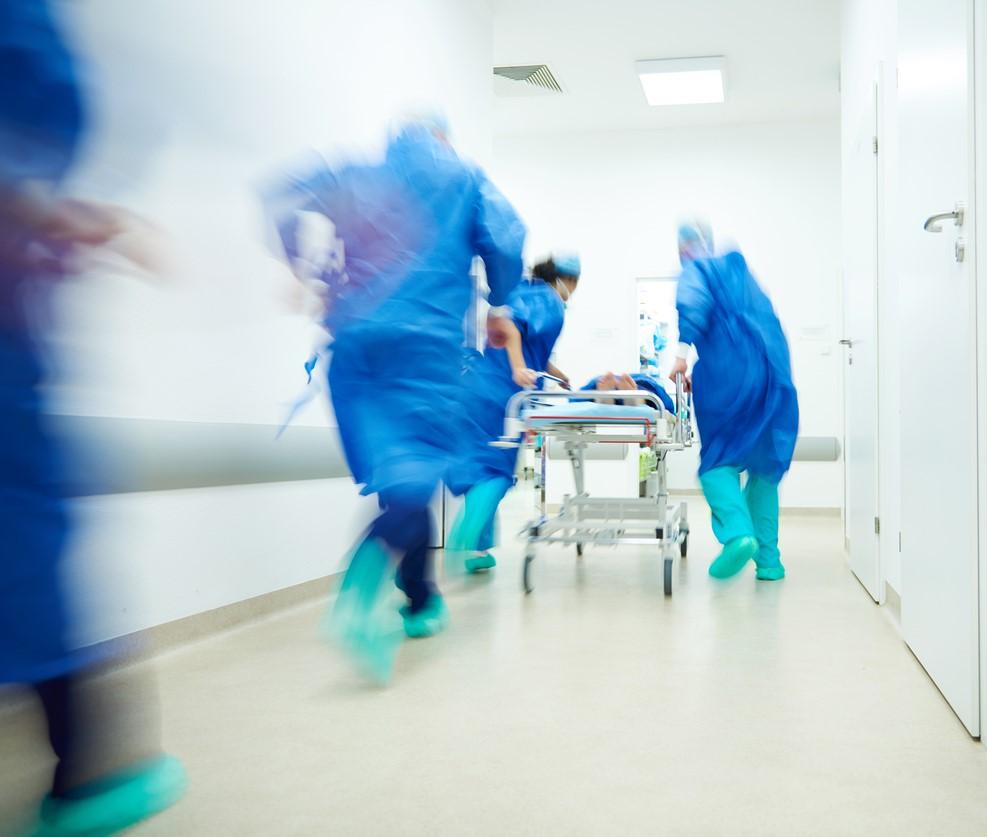 Phone interviews with key capacity managers at 53 US hospitals about preparedness for the 2017-18 flu epidemic revealed a lack of surge capacity, strained resources, and low prioritization of pandemic planning, according to a qualitative study today in JAMA Network Open.

Researchers at Emory University and the University of Pittsburgh conducted the semistructured interviews among a random sample of capacity managers at 25 geographically diverse hospitals from April 2018 to January 2019.

Participants said they experienced strain owing to concerns about preparedness for seasonal flu, staffing, patient care, and hospital capacity but indicated that planning for future pandemics was not a high priority. They described strain as the consequences of high hospital occupancy when demand for resources outstripped resources.

"We found that hospitals experienced substantial perceived strain as an outcome of the 2017-2018 influenza season, which was associated with widespread self-reported consequences on the '4 S’s': staff, stuff, space, and systems," the authors wrote. "The findings are of particular interest given the widespread challenges experienced by hospitals in response to the COVID-19 pandemic."

Caring for a spike in flu patients fatigued frontline medical workers, participants said, adding that they had to adjust ratios of practitioners and nurses to patients. Interviewees also reported increased numbers of surge meetings and bed flow adjustments, which led to "very taxing pressure, constantly thinking of solutions."

As staff themselves became ill with the flu or had to stay home to care for a sick child, other staff members had to take on extra burdens, making burnout a concern. Many interviewees said that increased needs for respiratory isolation strained hospital infrastructure as well as physician and nurse workloads.

Almost all participants reported an increase in diversion of patients and boarding for emergency departments, while some noted decreases in elective surgeries, poorer patient care, and concerns about transferring patients from the intensive care unit (ICU) sooner than normal.

Many reported a lack of supplies and equipment, with one saying, "It…put a big strain on our isolation supplies and our isolation rooms" and another commenting, "It affects dietary trying to deliver trays or figure out…how do you put in diet orders for a unit that you didn't even have built?"

To cover staffing shortages, hospitals turned to working with employment agencies and traveling and temporary nursing resources and reassigned nurses within the hospitals. One manager said that the hospital mandated overtime and issued new flu vaccination policies for staff members.

Some hospital areas were also repurposed, turning nonclinical spaces into dedicated units for flu patients. One nurse manager reported that surge plans were in place but that getting buy-in was difficult, creating barriers to implementation and necessitating creativity. One interviewee said, "We had our hospital system's ambulance service…actually taking patients out of the ED [emergency department] [and] off the floors as well that were ready for discharge."

While most participants didn't report future-oriented hospital preparedness activities, concentrating instead on actions taken during the single flu season, a few said they changed sick-call policies and cross-trained nurses for future outbreaks. Others reported creating census committees and improving communication with emergency medical services, but few mentioned the use of surge scenarios.

Senior author David Wallace, MD, said in a University of Pittsburgh press release that the timing of their study couldn't have been better. "Ultimately it serves as a pre–COVID-19 time capsule of our preparedness to accommodate surges in patients needing hospitalization for acute illness," he said. "It was surprising to hear very detailed stories of the strain hospitals were under during the 2017-18 flu season, and yet have no pandemic planning come out of it."

"Hospitals have a tendency to deal with what's right in front of them, the present," Wallace said in the release. "In doing that, we must also learn when certain levers—like a pandemic preparedness checklist—must be pulled," he added. "That is done through reflecting after a crisis subsides and looking for opportunities to improve before the next crisis hits. If the past year has taught us anything, it's that infectious diseases aren't going away, and we'll always get a chance to put lessons learned to work."

The researchers noted that the 2017-18 flu season was characterized by severe illness and broad geographic spread, and it lasted longer than previous seasons. The US Centers for Disease Control and Prevention (CDC) estimated that flu that year caused more than 27.7 million medical visits, 959,000 hospitalizations, and 79,800 deaths. Hospitalizations of people of all ages were the highest seen since seasonal flu surveillance began in 2005.

In 2017, the CDC and the Department of Health and Human Services updated its National Influenza Pandemic Preparedness Plan, which contained information on healthcare system preparedness and response activities, with a focus on implementing surge strategies for severe infectious diseases such as the flu.