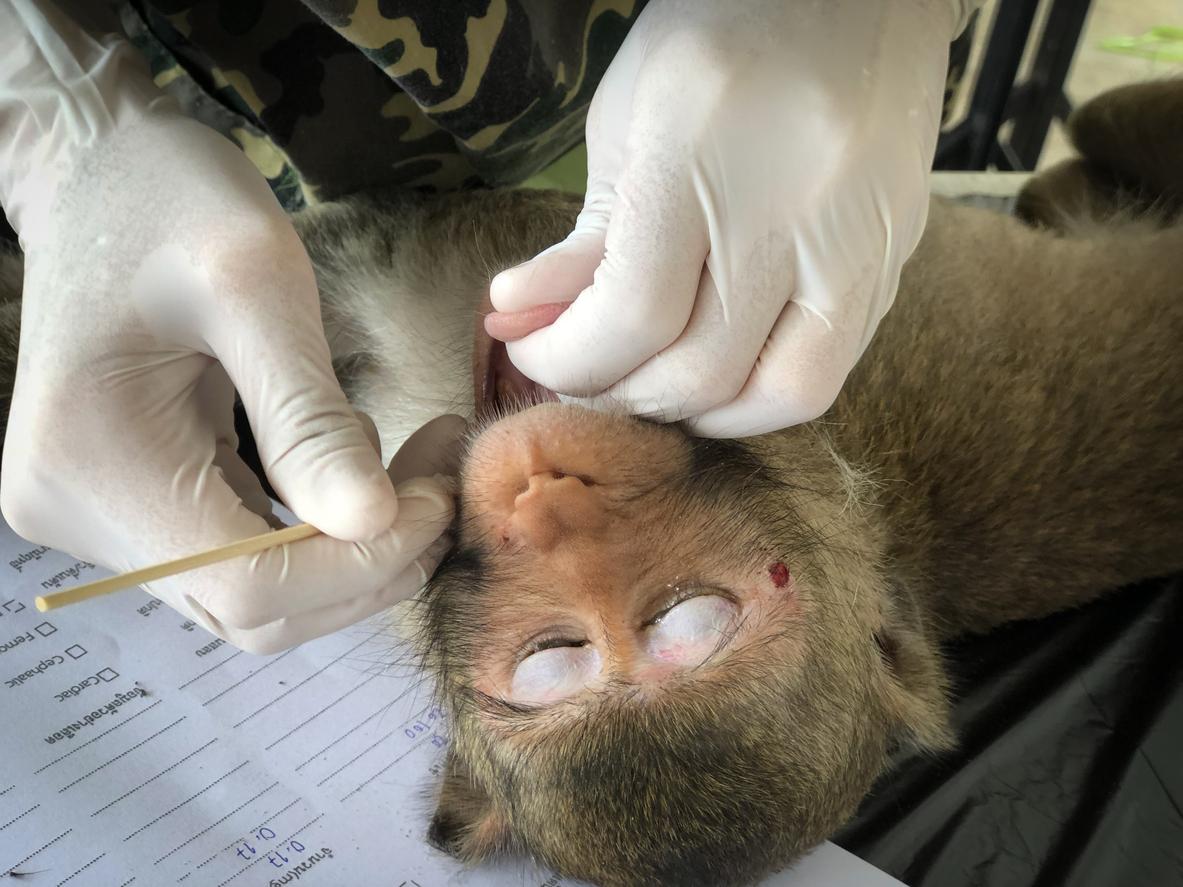 For the first time, researchers said they detected monkeypox virus in the testes of non-human primates during the acute phase of infection, according to a study in Nature Microbiology. Though the study involved macaques, it provides more evidence that the monkeypox virus could be transmitted sexually in humans.

The study was conducted by scientists at the US Army Medical Research Institute of Infectious Diseases, or USAMRIID.

"We detected monkeypox virus in interstitial cells and seminiferous tubules of the testes, as well as the epididymal lumina, which are the sites of sperm production and maturation," said senior author Xiankun (Kevin) Zeng, Ph.D., of USAMRIID in a press release.

"It seems plausible, therefore, that human transmission in convalescent male patients might occur via semen," said Zeng. The semen of the monkeys was not tested, because the researchers were using archived tissue samples.

Currently human transmission is understood to occur from direct contact with skin lesions, bodily fluids, and respiratory secretions. Some small studies conducted this year, however, have shown detection of monkeypox viral DNA from the semen of patients.

"As MPXV can be transmitted through direct contact with bodily fluid, understanding the biology of MPXV infection of the testes during acute and convalescent phases of the disease, and shedding in semen, has substantial public health implications," the authors concluded.

In other news, the European Centre for Disease Control and Prevention (ECDC) has posted its second risk assessment on monkeypox. They say cases peaked in July and have steadily declined, likely due to multiple factors that include awareness, immunity due to vaccination and earlier infection, and a decrease in social events frequented by people in the risk group.

The ECDC say the risk is moderate for men who have sex with men and low for the broader population.

Emerging Infectious Diseases has another report of monkeypox contracted via a needlestick injury, this time in a physician in Portugal. Yesterday the CDC said a nurse in Florida is the first US healthcare professional to contract the virus via a needlestick.