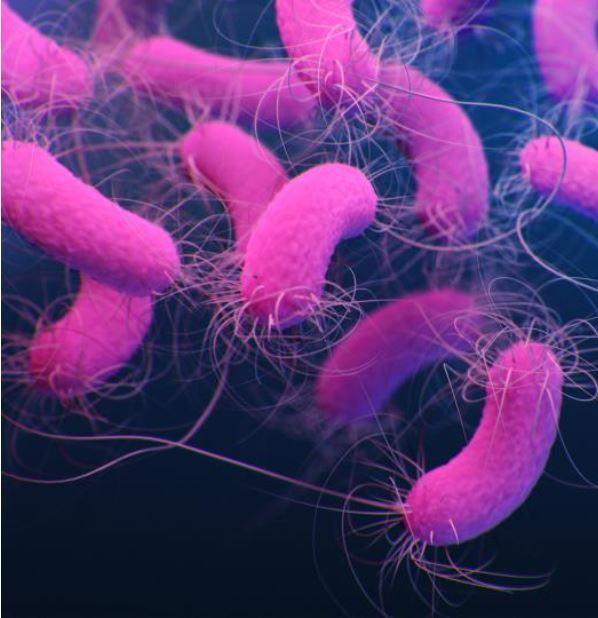 An investigation led by the Centers for Disease Control and Prevention (CDC) has linked an outbreak of extensively drug-resistant infections among US medical tourists in 2018 and 2019 to a single facility and surgeon in Mexico.

The results of the investigation, published last week in Emerging Infectious Diseases, revealed that 38 US patients who traveled to Tijuana, Mexico, for bariatric surgery from January 2018 through December 2019 came back with an infection caused by carbapenem-resistant Pseudomonas aeruginosa—a virulent and opportunistic pathogen capable of causing severe illness.

Of the 38 patients, 31 were operated on by the same surgeon, with 27 undergoing surgery at the same facility.

That facility, which was found to have multiple lapses in infection control by Mexican health authorities, closed in March 2019. But the investigators warn that the prolonged outbreak highlights the increased risk of infections for the 750,000 US residents who travel abroad for medical care each year to Mexico and other places that have different standards and regulations for infection control.

"Our investigation underscores the potential for medical tourism to introduce highly concerning pathogens into the US healthcare system," the investigation's authors wrote. "US patients and providers should be aware of the risk for colonization and infection with highly resistant pathogens not commonly encountered in the United States after medical tourism."

The CDC first received notice of the outbreak in late September 2018, when the Arizona Department of Health Services notified the agency of a patient with an abdominal wound infected by carbapenem-resistant P aeruginosa producing the Verona integron-encoded metallo-beta-lactamase enzyme (VIM-CRPA), a pathogen typically linked to receipt of healthcare.

VIM is associated with resistance to multiple antibiotic classes and is the most commonly identified carbapenemase in P aeruginosa worldwide and in the United States, but US incidence of VIM-CRPSA is low. In 2017-2018, fewer than 200 isolates were detected in the United States.

In response, the CDC opened a wider investigation and issued a call on the Epidemic Information Exchange for additional cases of VIM-CRPA linked to patients who had undergone bariatric surgery in Tijuana since August 2018. In December 2018, the Federal Commission for Protection Against Sanitary Risk in Mexico inspected facility A and found several lapses in infection prevention and control, including poor hand hygiene practices, incomplete medical records, and a lack of chemical or biologic indicators to ensure medical equipment and device sterility.

In January 2019, the CDC issued a Level 2 Travel Health Notice advising US residents against undergoing surgery at facility A; US medical tourists, however, continued to have procedures there until March 2019, when it closed.

From January 2018 through December 2019, the investigation identified a total of 44 VIM-CRPA cases from 19 states. Twenty-five of the cases were confirmed, 13 were probable, and 6 suspected. Patients were mostly female (34 [89.5%]), with a median age of 39 years. Sleeve gastrectomy was the most common operation, reported by 34 patients (89.5%).

After the surgery in Tijuana, 16 patients (42.1%) were subsequently hospitalized in the United States, with four admitted to the intensive care unit (ICU). One patient died in the hospital 9 days after their initial surgery. No evidence of onward transmission of VIM-CRPA in US hospitals was reported.

Of the confirmed and probable case patients, 37 named 10 facilities in which they underwent invasive procedures, with 27 naming facility A and 31 of 35 patients naming surgeon 1, including the 27 patients who were operated on at facility A and 4 who underwent surgery at unknown facilities.

Of the 22 isolates that underwent WGS, 17 formed a distinct genetic cluster—suggesting exposure to a common source—and 16 of those were associated with surgeon 1. The rest were genetically distinct and appeared to be sporadic. All isolates were extensively drug resistant.

Although the investigation did not identify a definitive source of the VIM-CRPA bacteria, the authors say the links to surgeon 1 and the infection control lapses at facility A suggest a persistently contaminated laparoscope used by surgeon 1 in multiple facilities may have been the culprit.

"P. aeruginosa is known to persistently colonize medical devices, including flexible endoscopes; in Brazil, surgeons transporting their own laparoscopic equipment between different hospitals were the suspected source of a multifacility Mycobacterium spp. outbreak," they wrote. "Alternative explanations include a widespread persistently contaminated environmental or water source at facility A or a persistently colonized healthcare worker, such as surgeon 1."

On top of the risks associated with medical tourism, the authors say the investigation highlights additional concerns. Among them is the fact that neither CDC warnings nor news stories about the outbreak deterred people from traveling to facility A before it was shut down.

Roughly 30% of the 160 US medical tourists who used the same travel agency (travel agency A) and were interviewed during the investigation said they were aware of the outbreak associated with facility A before their surgery yet still went ahead with the surgery.

Another concern is that nearly a third of the VIM-CRPA cases represent clinical isolates that were not tested for carbapenemases, even though susceptibility testing indicated the isolates were multidrug- or extensively drug resistant. They were also identified in patients with medical histories of concern during a well-publicized outbreak identified only through active outreach.

"Despite increased carbapenemase testing for CRPA through the Antibiotic Resistance Laboratory Network, our investigation shows CP [carbapenemase-producing]-CRPA continues to be underdetected," they wrote.

The authors suggest that any identification of these types of extensively drug-resistant isolates, particularly in patients who've received healthcare outside the United States, should increase the suspicion for CP-CRPA.