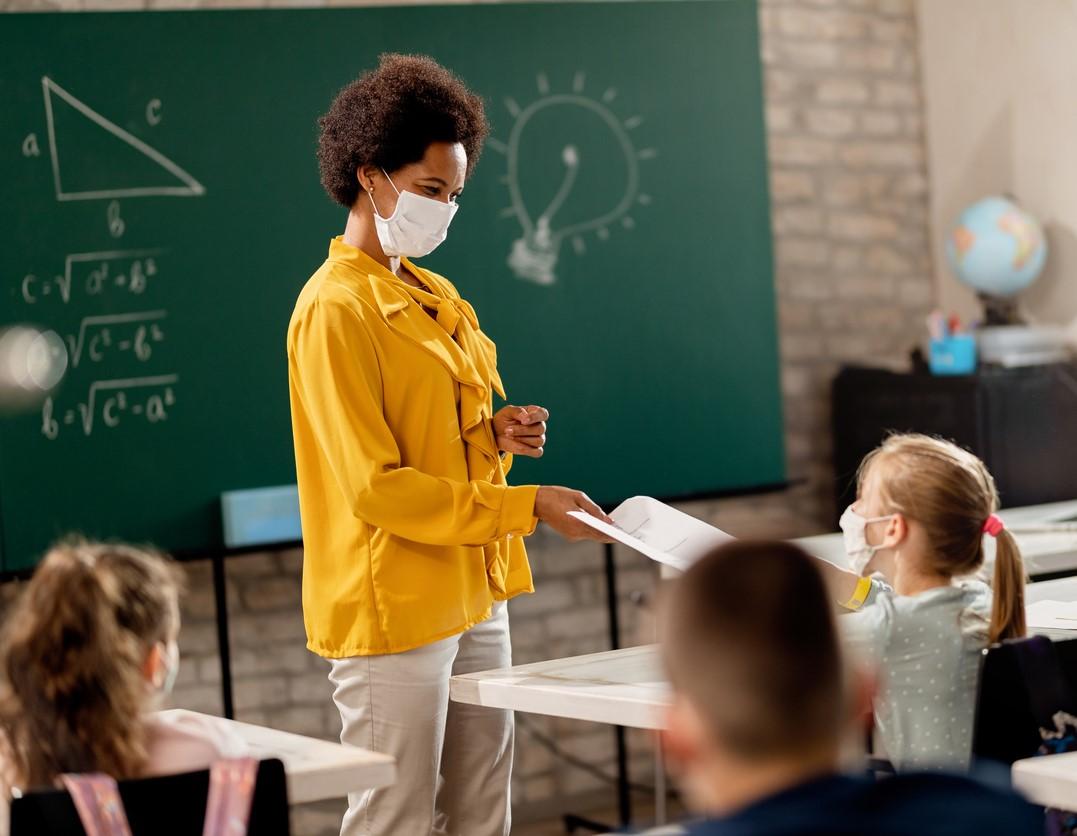 SARS-CoV-2 may infect kids and adults at similar rates, although the former are much more likely to be asymptomatic, according to a study today in JAMA Network Open.

The analysis included 13 students and 32 adults who attended, had a child attend, or worked at an elementary school in Liege, Belgium, and contracted COVID-19.

A team led by Liege University Hospital researchers tested a volunteer sample of 118 parents and school staff and 63 children for COVID-19 each week from Sep 21 to Dec 31, 2020—before the much more transmissible Delta (B1617.2) variant was circulating widely in the country. Participants who tested positive were asked to complete a questionnaire about symptom onset and duration.

Kids nearly 4 times as likely to have no symptoms

"These results suggest that children may play a larger role in the transmission of SARS-CoV-2 than previously assumed," the researchers wrote.

Thirty-four of 44 participants (77.3%) with symptom data had COVID-19 symptoms. Students were asymptomatic more often than adults (46.2% vs 12.9%), and the children who were symptomatic experienced them for less time than adults (0 vs 15 days).

A reconstruction of a partially observed outbreak showed that the virus likely spread most often between teachers and among children at the school, with spillover at home. Of the observed transmission events, 13 likely occurred at the school and 8 at home.

Under an assumed 60% probability of observation and 4.7 days between infections, 11 of the known infectors were likely adults, and 15 were students. Data suggested 8 adult-adult transmission pairs, 1 adult-child pair, 5 child-adult pairs, and 7 child-child pairs.

The authors said that several mitigation measures had been implemented at the school but didn't specify which ones, noting that face coverings and physical distancing between students weren't required, and there were no restrictions on extracurricular activities. National stay-at-home orders were put in place in October, schools were closed for 2 weeks in late October, and nonessential businesses were closed in early November.

The researchers said that the need to stop SARS-CoV-2 transmission must be balanced against the potentially deleterious effects of mitigation measures such as school closures, which have been shown to negatively affect learning, physical activity levels, and mental health.

"Our study suggests that additional measures should be considered to reduce the transmission of SARS-CoV-2 at school," they concluded.

"Mitigation measures of testing, contact tracing, and isolation should be strengthened so that schools can continue to stay open and children and staff are safe. The possible role of schools in the transmission of SARS-CoV-2 should also be included in the discussion regarding vaccination strategies (in particular, whether to vaccinate children)."