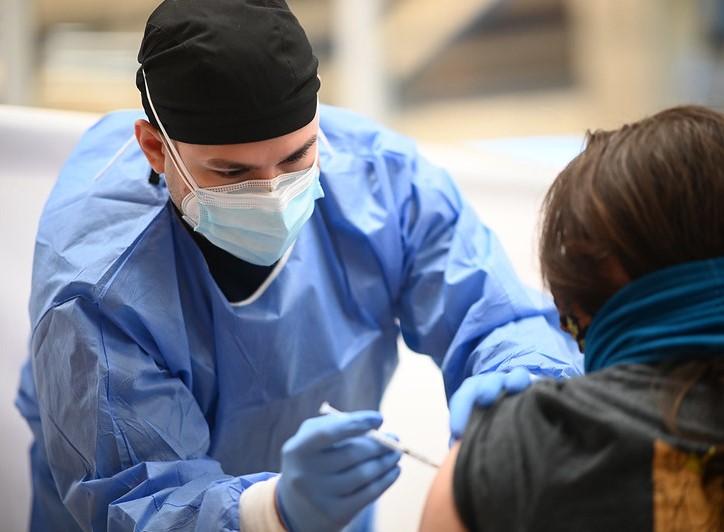 Three new studies show that recipients of three or four mRNA COVID-19 vaccine doses received substantially better protection against infection with the Omicron variant than those who received only two.

In the first study, published yesterday in JAMA Network Open, researchers in Israel studied the effectiveness of a fourth dose of Pfizer/BioNTech mRNA COVID-19 vaccine against infection in 29,611 healthcare workers (HCWs) at 11 general hospitals who had received three vaccine doses in August or September 2021. The Omicron surge in Israel began in December 2021.

The researchers tested workers for COVID-19 using polymerase chain reaction (PCR) only after symptoms emerged or they were exposed to the virus.

Of all participants, 5,331 (18%) received a fourth dose in January 2022, the start of a fourth-dose vaccination campaign for Israeli HCWs, and were not infected in the first week after vaccination. Average participant age was 44 years, and 65% were women. Participants were followed until Jan 31, 2022.

"Considering the high infectivity of the Omicron variant, which led to critical medical staff shortages, a fourth vaccine dose should be considered to mitigate the infection rate among HCWs," the authors wrote.

Memorial Sloan Kettering Cancer Center researchers compared the effectiveness of two versus three doses of an mRNA COVID-19 vaccine against infection in more than 20,000 New York City HCWs during the Omicron surge from Dec 15, 2021, to Jan 15, 2022. Their findings were published yesterday in Clinical Microbiology and Infection.

The "study demonstrates improved vaccine-derived protection against COVID-19 infection in 3D [third-dose] vs. 2D [two-dose] mRNA vaccinees during the Omicron surge," the researchers wrote. "The advantage of 3D vaccination was maintained irrespective of prior COVID-19 infection status."

In a case-control study published today in Clinical Infectious Diseases, researchers from the National Institute of Infectious Diseases in Japan estimated mRNA COVID-19 vaccine effectiveness (VE) against symptomatic infection among 5,795 participants at 16 healthcare facilities who received two doses during the Delta variant period (August and September 2021) and two or three doses during the Omicron-dominant era (January to March 2022), relative to their unvaccinated peers.

When limiting the sample to participants at high risk for severe COVID-19 and restricting it further according to use of preventive measures, the results were similar.

"In Japan where most are infection-naïve and strict prevention measures at the government and individual levels are maintained regardless of vaccination status, 2-dose mRNA vaccines provided high protection against symptomatic infection during the Delta-dominant period and moderate protection during the Omicron-dominant period several months after the second dose," the authors wrote. "Among individuals who received an mRNA booster dose, VE recovered to a high level in the short-term."