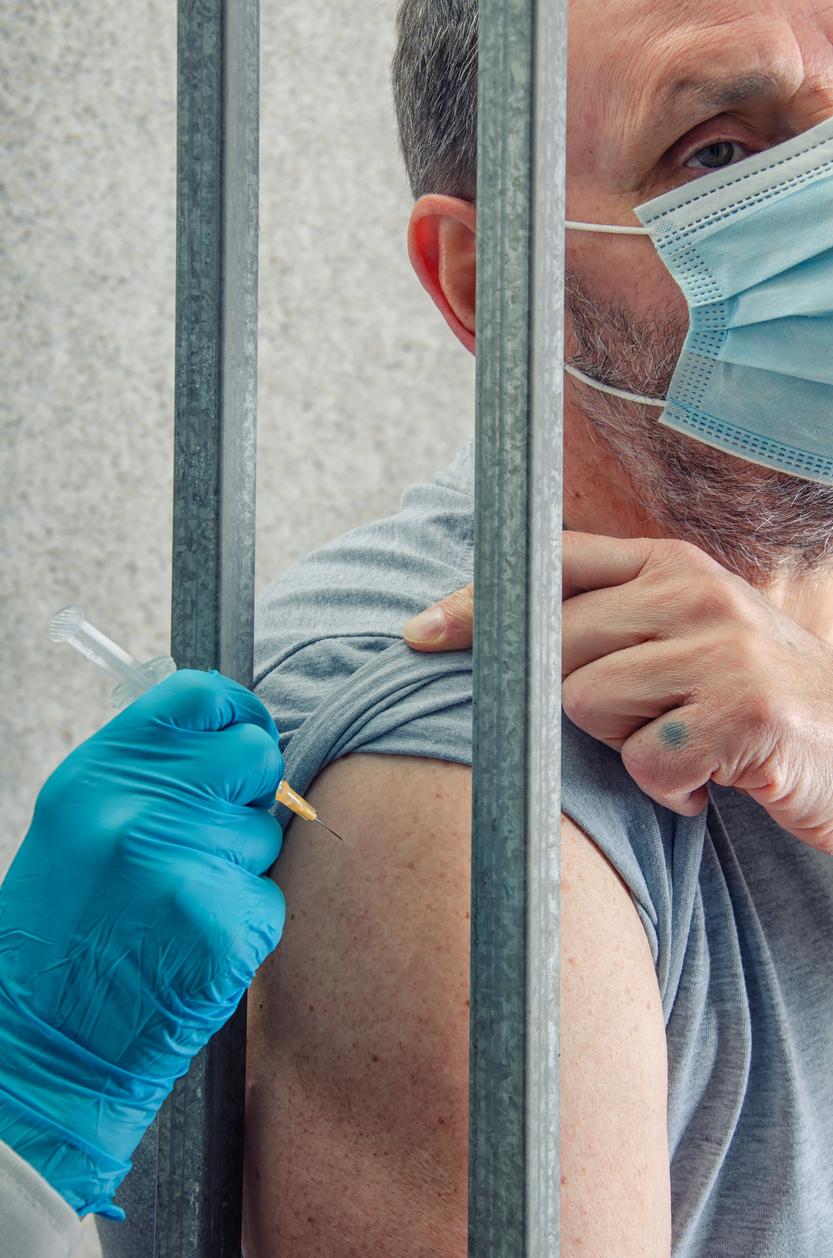 Four new studies highlight the dangers of COVID-19 in cramped prisons with inmates transferred among facilities, scarce testing resources and personal protective equipment (PPE), and high vaccine hesitancy at US prisons and jails.

Late last week, Morbidity and Mortality Weekly Report (MMWR) published three studies on COVID-19 in prisons. The first report described an outbreak of COVID-19 in a Wisconsin state prison from Aug 14 to Oct 22, 2020, after six inmates from other facilities were transferred there.

The medium-security prison features 15 units and, except for one unit of locked cells, all share bathrooms and common areas with congregate sleeping. The prison had implemented mandatory face coverings for staff and inmates before the outbreak.

In early October, a team led by researchers from the Centers for Disease Control and Prevention (CDC) investigated the outbreak, which began with 12 COVID-19 infections in the same unit, 10 of whom were transferred to the prison together on Aug 13. Six inmates tested positive for COVID-19 and were isolated, but before testing, the transfer group was housed with other recent transfers. After six more prisoners tested positive, the intake unit was quarantined for 14 days.

Over the next 2 months, 79.4% of 1,095 inmates and 22.6% of 305 staff tested positive for COVID-19, and whole-genome sequencing of specimens from 172 inmates found that all of them were of the same lineage, demonstrating that the transferred prisoners had seeded the outbreak.

Six prisoners with a mean age of 58 years were hospitalized, and one, a 56-year-old man, died of his infection. After the investigation period, COVID-19 cases waned, with none reported after Jan 15, 2021.

The authors noted that CDC guidelines call for quarantine and repeat testing of transferred prisoners, as well as reinstating quarantine when a new infection is reported. "Implementing more effective intake quarantine procedures and available mitigation measures, including vaccination, among incarcerated persons is important to controlling transmission in prisons," the researchers wrote. "Understanding and addressing the challenges faced by correctional facilities to implement medical isolation and quarantine can help reduce and prevent outbreaks."

In another MMWR study, the CDC details how an asymptomatic dental provider treating 10 inmates at a Utah jail on Sep 17, 2020, likely introduced COVID-19 to the facility, despite wearing full PPE, including an N95 respirator. Those exposed to the provider weren't immediately quarantined or isolated.

The authors pointed out that jail personnel may also have contributed to the outbreak through community infection and working in different jail units, particularly before N95 respirators were routinely implemented on Sep 23.

Patients exposed to healthcare providers (HCPs) who later test positive for COVID-19 should be quarantined and monitored closely and mitigation exposures put into place, the researchers said.

"Control measures could include regular testing of staff members, rapid testing at entry for visiting HCP, and halting of nonemergency medical procedures requiring outside staff members, as well as universal masking, maintaining physical distancing when possible, and paying attention to hand hygiene," they said. "Vaccination of incarcerated persons might help prevent or limit the spread of infection in these facilities."

In the third MMWR study, a team led by researchers from the University of Washington at Seattle and the CDC found that only 45% of inmates surveyed in three prisons and 13 jails in California, Florida, Texas, and Washington state were willing to be vaccinated against COVID-19 from Sep 22 to Dec 12, 2020. Participation in the survey was 64.2%.

The most often cited reasons for hesitation included wanting to wait for more information (54.8%) and concerns about effectiveness and safety (31.0%), while vaccine refusers most commonly cited distrust of the healthcare system and corrections or government staff or institutions (20.1%), followed by worries about safety or effectiveness (19.6%) and the perception that they were not at risk for coronavirus infection or that vaccination was not needed.

The researchers noted that those of minority race and those with insecure housing, substance abuse, and mental illness are disproportionately represented among the incarcerated and that they are more likely to have chronic diseases arising from disparities in social determinants of health.

"The higher prevalence of medical conditions associated with severe COVID-19 illness, delays in timely diagnosis, and inadequate treatment might all contribute to the increased risk for death from COVID-19 among incarcerated or detained persons," they wrote, adding that some jurisdictions have prioritized this population for coronavirus vaccination as a result.

Also, correctional and detention facility personnel interact with both inmates and the community, which can lead to a vicious cycle of virus transmission, the researchers said.

"This report underscores the urgent need for interventions that are culturally relevant and appropriate for various health literacy levels to increase vaccine confidence among incarcerated or detained persons," the authors concluded. "Incarcerated or detained persons might have inherent higher distrust of governmental systems based on their interactions with law enforcement or the justice system or their experiences with institutional racism, emphasizing the need for trusted messengers to directly appeal to these persons."

A related study led by Cook County Health researchers and published late last week in The American Journal of Infection Control, described a nearly 1,000-person COVID-19 outbreak in a Chicago-area jail from Mar 1 to Apr 30, 2020.

"Less than 2 months after the first COVID-19 case was identified in [Cook County Jail], almost 1,000 detained persons and staff had been infected with SARS-CoV-2," the authors said. "This represents an [attack rate] of nearly 13% among detained persons and occurred despite early adoption of containment and mitigation practices." Attack rate is the chance that a person infected with COVID-19 will spread the virus to another person.

But after all programs and visitations were stopped on Mar 9, cells were converted to single occupancy units on Mar 26, staff were screened for fever and symptoms on Mar 28, and universal face coverings were mandated for personnel on Apr 2 and for inmates on Apr 13, cases began falling at the same time as those in the surrounding community rose.

Inmates with suspected or confirmed COVID-19 were isolated, and starting Mar 25, all asymptomatic detainees were eligible for testing.

"Aggressive intervention strategies coupled with widespread diagnostic testing of detained and staff populations can limit introduction and mitigate transmission of SARS-CoV-2 infection in correctional and detention facilities," the authors wrote.