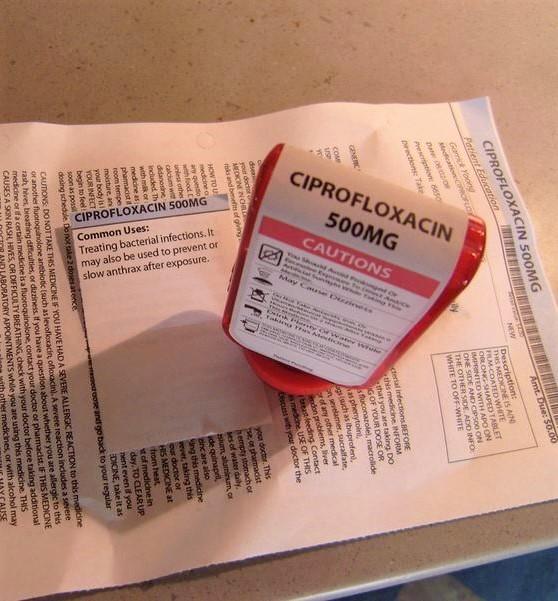 A new study suggests that the Food and Drug Administration's (FDA's) warnings about adverse events linked to fluoroquinolone antibiotics may have helped lower prescribing of the drugs, but not all physicians have been responsive to those warnings.

The study, published this week in JAMA Network Open, looked at data on more than 1.2 million Medicare patients who received fluoroquinolones and found that overall fluoroquinolone prescribing started declining significantly in the 31 months before the FDA issued a warning on fluoroquinolones in 2013. The decline continued at a slower rate after the 2013 and 2016 warnings.

Declines in fluoroquinolone prescribing after the warnings were observed only among certain types of physicians.

Fluoroquinolones are a broad-spectrum class of antibiotics used to treat a variety of common bacterial infections. Since being approved in the late 1980s, they have become one of the most commonly prescribed antibiotic classes. But over the last several years, the FDA has issued several warnings in response to adverse events that have been linked to fluoroquinolone treatment.

In 2008, the FDA added a black box warning that fluoroquinolone use was associated with the increased risk of tendinitis and tendon rupture. That was followed by the 2013 label update, which warned that fluoroquinolones could cause irreversible damage from peripheral neuropathy, a nerve condition that can cause weakness, numbness, and pain in the hands and feet.

In 2016, the FDA revised the black box warning to further address these adverse events, recommending that patients with acute sinusitis, acute exacerbation of chronic bronchitis, and uncomplicated urinary tract infection (UTI) use fluoroquinolones only if no other treatment options are available. Since then, the FDA has issued additional warnings about the potential risks of mental health side effects, blood sugar disturbances, and aortic aneurysm and dissection.

To analyze changes in prescribing after the 2013 and 2016 FDA warnings, a team led by researchers at the University of Minnesota looked at administrative claims data from a 20% random sample of Medicare fee-for-service beneficiaries from Jan 1, 2011 to Dec 31, 2017.

The cohort consisted of more than 1.2 million unique patients (68.5% female, mean age 69.7 years) with a diagnosis of sinusitis, bronchitis, or uncomplicated UTI. The researchers also obtained data on 170,938 physicians who prescribed fluoroquinolones during the study period and their organizations.

Using an interrupted time series analysis, the researchers compared fluoroquinolone prescribing levels and trends during the 31 months prior to the 2013 warning (the baseline period), all months following the 2013 FDA warning (post-warning period 1), and all months following the 2016 warning (post-warning period 2). They then examined the association between fluoroquinolone prescribing levels and trends and the status of each physician, as well as the type of organization in which they practiced.

The analysis found a significant decline in fluoroquinolone prescribing before the 2013 warning, with the trend declining by 0.18 percentage points per month (95% confidence interval [CI], –0.19 to –0.18; P < .001) during the baseline period. The study authors suggest this could be linked to the 2008 FDA warning, which may have alerted physicians to be more cautious in their use of fluoroquinolones.

In their analysis of prescribing by physician characteristics, the researchers found that fluoroquinolone prescribing levels among physicians who were affiliated with a hospital with a top 10th percentile case mix index fell 1.13 percentage points (95% CI, –1.92 to –0.34; P = .005) compared with those without such affiliation in post-warning period 1, while the levels for primary care physicians (PCPs) declined by 1.34 percentage points (95% CI, −1.78 to −0.88; P < .001) compared with non-primary care physicians in post-warning period 2.

Physicians at teaching hospitals were the only ones who showed a decline in prescribing trend in post-warning period 1.

"Despite repeated warnings, some physicians were not responsive to the recommendations," the study authors wrote. "Although PCPs showed a general decline in prescribing trends compared with non-PCPs, they did not demonstrate a differential change in behavior after the warnings, perhaps because many PCPs wrongly believed that fluoroquinolones were more appropriate for dealing with uncomplicated UTI symptoms than the recommended first-line therapies for this condition."

"Such efforts, in conjunction with the FDA warnings, might explain some of the decline in prescribing behavior over the study period as well as the specific changes in prescribing rates associated with certain physician characteristics," they wrote.

The authors say the findings could help identify certain physician and organizational characteristics associated with fluoroquinolone prescribing, which could ultimately lead to more targeted strategies to promote de-adoption of fluoroquinolones and improve patient safety.