Study reveals some brain changes, even in mild COVID-19 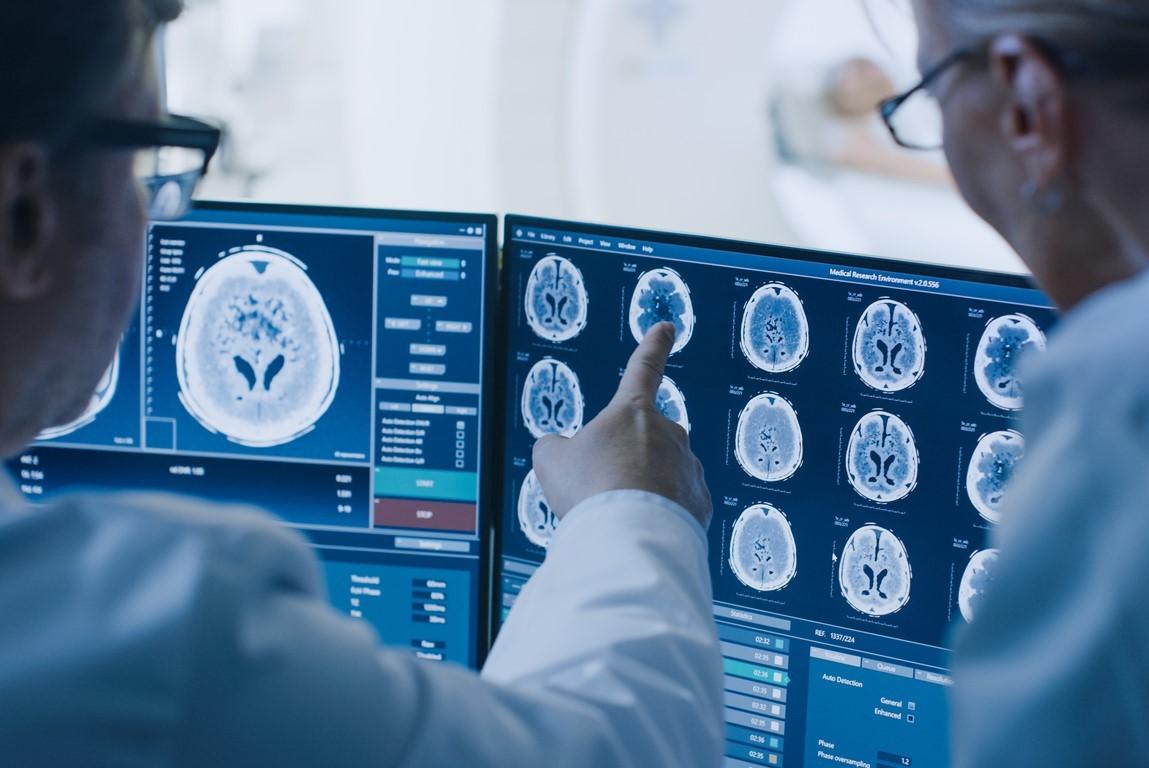 Adult COVID-19 survivors—even those with mild illness—who underwent scans showed changes in brain structure beyond that expected from normal aging, including in areas tied to smell and memory, according to a UK study published yesterday in Nature.

University of Oxford investigators administered cognitive tests to and scanned the brains of 785 visitors to the UK Biobank imaging centers two times an average of 38 months apart. Of the 785 participants, 401 (51%) were diagnosed as having COVID-19 between their scans, from March 2020 to April 2021. The remaining 384 participants were age- and sex-matched controls. Patients were aged 51 to 81 years.

Fifteen COVID-19 patients were hospitalized, and two received critical care. Relative to their nonhopsitalized peers, hospitalized patients were, on average, older and had higher blood pressure and weight and were more likely to have diabetes and to be men.

Although previous research suggests that COVID-19 may cause brain abnormalities and cognitive dysfunction, most studies have involved hospitalized patients with severe illness and have been limited to post-COVID imaging data, the researchers noted. "To our knowledge, this is the first longitudinal imaging study of SARS-CoV-2 where participants were initially scanned before any had been infected," they wrote.

Among COVID-19 survivors, an average of 141 days elapsed between diagnosis and the second brain scan. Changes in these patients included a reduction in gray matter thickness in the orbitofrontal cortex (associated with sense of smell) and the parahippocampal gyrus (associated with memory of events).

Scans also revealed evidence of brain-tissue damage in areas linked with the olfactory cortex (tied to smell), a reduction in whole-brain volume, and an increase in cerebrospinal fluid volume. Cognitive decline was also evident between the two scans, as shown by atrophy of the cerebellum. A control analysis on patients with non-COVID pneumonia showed that these brain changes were specific to COVID-19 rather than the generic effects of a respiratory disease.

The study authors noted that the imaging differences between the two groups were modest, at about 2% of average baseline values. The typical annual loss of gray matter each year due to aging, the researchers said, is 0.2% to 0.3%.

Cognitive tests identified differences between COVID-19 survivors and controls, including a significant increase in the time taken to complete Trails A (numeric; 7.8%) and B (alphanumeric; 12.2%) of the Trail Making Test in COVID-19 participants. These results held true when excluding the 15 hospitalized patients (Trail A, 6.5%; Trail B, 12.5%).

"The infected participants also showed on average larger cognitive decline between the two timepoints," the study authors wrote. "Importantly, these imaging and cognitive longitudinal effects were still seen after excluding the 15 cases who had been hospitalised."

Not all COVID survivors have brain changes

In addition to the modest COVID-19 effect, the study authors noted that the statistics represent an average effect, meaning that not every COVID-19 survivor will experience brain changes. They didn't collect data on symptoms or say whether any participants had long COVID.

"The longitudinal nature of the UK Biobank COVID-19 re-imaging study…reveal[s] differences over and above and beyond any potential baseline differences, thereby helping disentangle the (direct or indirect) contribution of the pathogenic process from pre-existing differences in the brain, or risk factors, of future COVID-19 patients," they wrote.

The findings may indicate COVID-related brain degeneration from either the olfactory pathways, nervous system inflammation, or a lack of sensory input resulting from a loss of smell, the researchers said, calling for studies on the future vulnerability of the affected brain areas in these patients.

But they don't know whether the abnormal changes are due to the SARS-CoV-2 virus itself or to its pathogenic effects or whether the changes will be long lasting.

"Olfactory—whether neuronal or supporting—cells concentrated in the olfactory epithelium are also particularly vulnerable to coronavirus invasion, and this seems to be also the case specifically with SARS-CoV-2," they wrote. "Whether this deleterious impact can be partially reversed, or whether these effects will persist in the long term, remains to be investigated with additional follow up."